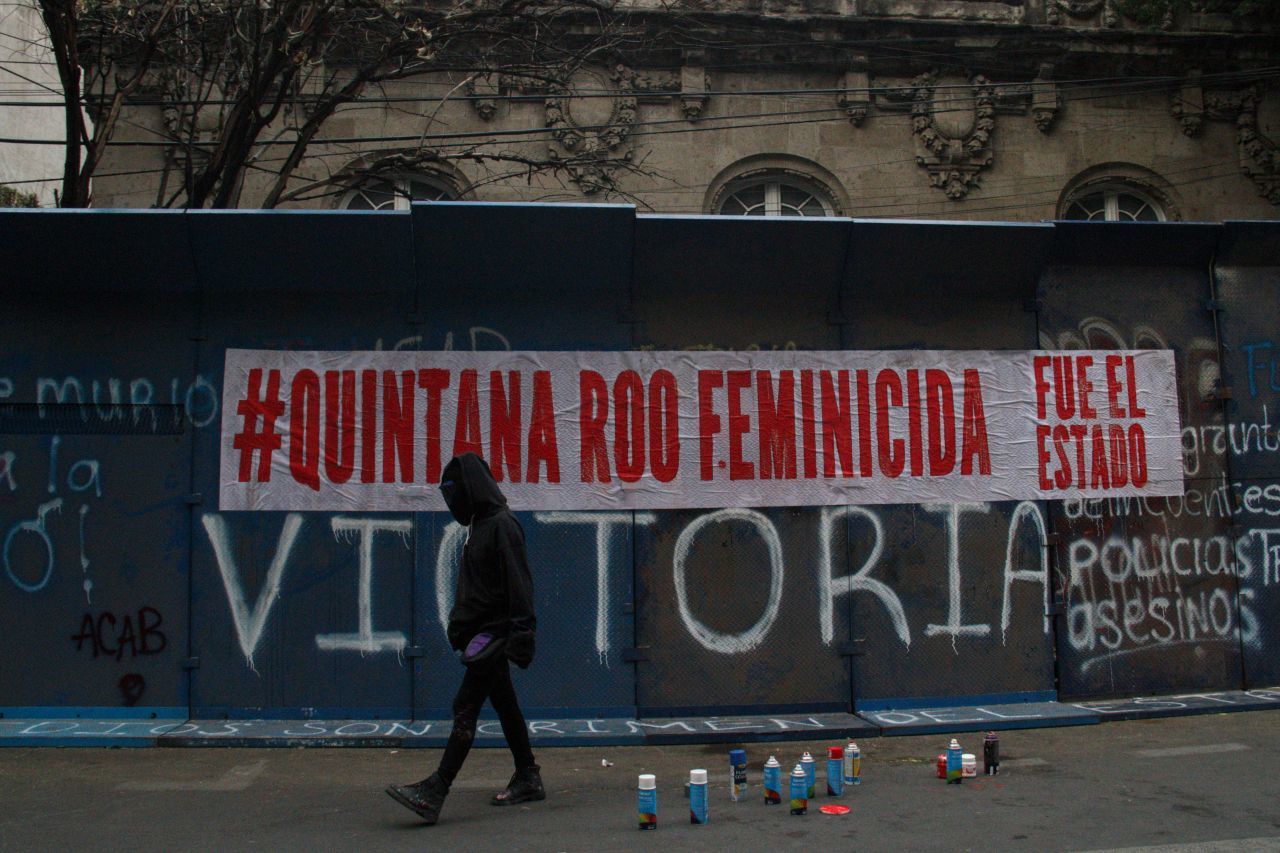 Violent death does not give truce. The corpses of men and women are lying every day on the soil of Mexico. Dismembered, unrecognizable, recorded and disseminated, anonymous, strangled, hanged. Added to the drug war are police or military brutality, sexist crimes, robberies, gang members, and human trafficking. This year has only been three months and March is already rising as a deadly month, with 2,444 fatalities, the worst, for now. And the account will continue today, irremediable. And tomorrow. The daily report with which the government cabinet has breakfast every morning is unbearable, but not very different from previous years. The three of the mandate that President López Obrador leads have barely reduced homicides by 1.6%, a ridiculous figure in the face of such bulky data. And femicides have increased by 8.5% and extortion by 21%.

Victoria Salazar in Tulum, Elvin Mazariegos in Mazapa de Maderos and Karla in Holbox have been three of the last names that have shaken the country. The corpses sectioned as in a butcher shop sown on Wednesday in the accesses of Celaya (Guanajuato) still do not have a number or identity, but they do have the signature of the war between cartels, that of Santa Rosa de Lima and the Jalisco Nueva Generación, who fight for the revenues that the criminal business leaves them in that State. Guanajuato is one of the territories that has gone from being prosperous and tourist to being related to death every time it appears in the media. On March 31, he concluded with 13 bodies for intentional homicide, according to the report of the Prosecutor’s Office and federal agencies.

The State of Mexico and Mexico City remain at the fore in crime incidence, with or without fatalities, but Guanajuato has been climbing positions in recent times to place in third place, with around 10,000 crimes of various kinds, in total figures. And it is the tenth in this same chapter in proportion to its inhabitants. Although between January and February of this year the highest increase in crime occurred in Baja California, Sonora and Durango. When the magnifying glass is applied to intentional homicides, Guanajuato undoubtedly leads the ranking in total figures, 256 bodies, followed by Baja California, with 242 and Jalisco and the State of Mexico, both in third place with 240 deaths. These are data from the Executive Secretariat, updated in March with figures for January and February.

In his 100-day speech of the third year of his mandate, the President of the Government, Andrés Manuel López Obrador, spoke of an “effort to achieve peace” and of applying policies that affect the rights and values ​​that contribute to “guarantee the public security”. But only fuel theft and vehicle theft have experienced a significant drop, with 95% and 40% respectively. Kidnappings were also reduced, by 38%. Death continues to roam freely. Mexico also has a great pending issue, the impunity with which the wildest crimes are committed, many of them remain uninvestigated or are done very poorly. And a vast majority are left without a conviction or in a limbo of years without an answer in court.

López Obrador highlighted a few days ago in that speech that the fight against crime was being carried out “without human rights violations, without involving federal forces in massacres, without torture, forced disappearances or extrajudicial executions.” Indeed, but death does not cease or does not cease at sufficient levels to express an iota of optimism.