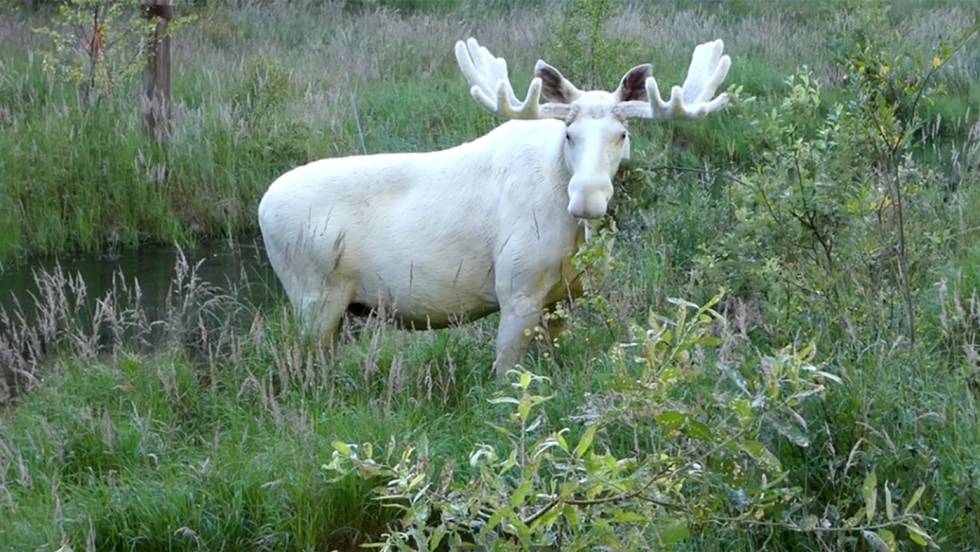 At the end of October, residents of a town about 720 kilometers from Toronto, Canada, found the mangled bodies of two moose next to a road. The event in Foleyet (in northern Ontario) has provoked the indignation of indigenous groups in the area, because one of the specimens was white, and those of that color these communities consider sacred animals.

Now the person responsible is being sought. The Ontario Ministry of Natural Resources and Forestry is asking for the help of the population to find him or them. He recalls in a statement that hunting and capturing white moose is illegal, according to a law in force in the province since 2006. Although hunting licenses are issued for moose, they never include specimens whose pale fur exceeds 50% of their Body. “As a community, let’s catch the people responsible for this unjustified act,” the document encouraged.

The white moose is not an albino animal. Its color is the result of leucism, a peculiarity that is due to a recessive gene and that can be seen in mammals, birds and fish. Leucistic animals are not hypersensitive to the sun, nor do they have red eyes. That’s what science says. But as different indigenous peoples of Canada see them, they are like spirits that roam the forests and that herald good news. White is also a sign of divinity in bison and bears grizzly of that tonality, also considered sacred animals.

“The spirit of the elk has been and always will be sacred and respected in our family and our community. We coexist with the spirit of the moose in our traditional territory. Our elders have always told us stories about the majestic creature and how lucky we are to have it in our area, ”he says. Troy Woodhouse, a native of the Flying Post Reservation, near the incident area, where members of the Ojibwa and Cree indigenous groups live. Speaking to CTV News, he points out that in addition to seeing white moose in his childhood, he continued to see them as an adult, when he was sailing with his wife on the Groundhog River.

The provincial authorities initially offered a reward of 2,000 Canadian dollars (about 1,290 euros) in exchange for information. However, the amount has already reached $ 8,000 (about 5,160 euros), thanks to contributions from Woodhouse, a drilling company and the Gray Foundation for Animal Protection. The identity of the people who provide information will remain anonymous and they will not have to testify in court, authorities say.

The last case in Canada of a white moose downed was in 2013, near the town of Belle Côte, in the province of Nova Scotia. The members of the Micmac indigenous group received the news with sadness and irritation, since it was a known specimen that lived in that area. The hunters who killed the animal shortly afterwards pointed out that they were ignorant of its importance to the Micmac.

Those responsible gave the remains of the moose to the community to pay tribute in a traditional ceremony. Nova Scotia law does not sanction the killing of these snowy animals. In April of this year, a family recorded the images of a grizzly white in Banff National Park (Alberta), three years after the last known sighting of this plantigrade that has received the name of Nakoda (“friend” in Stoney, the language used by the Sioux of the Canadian Rockies).