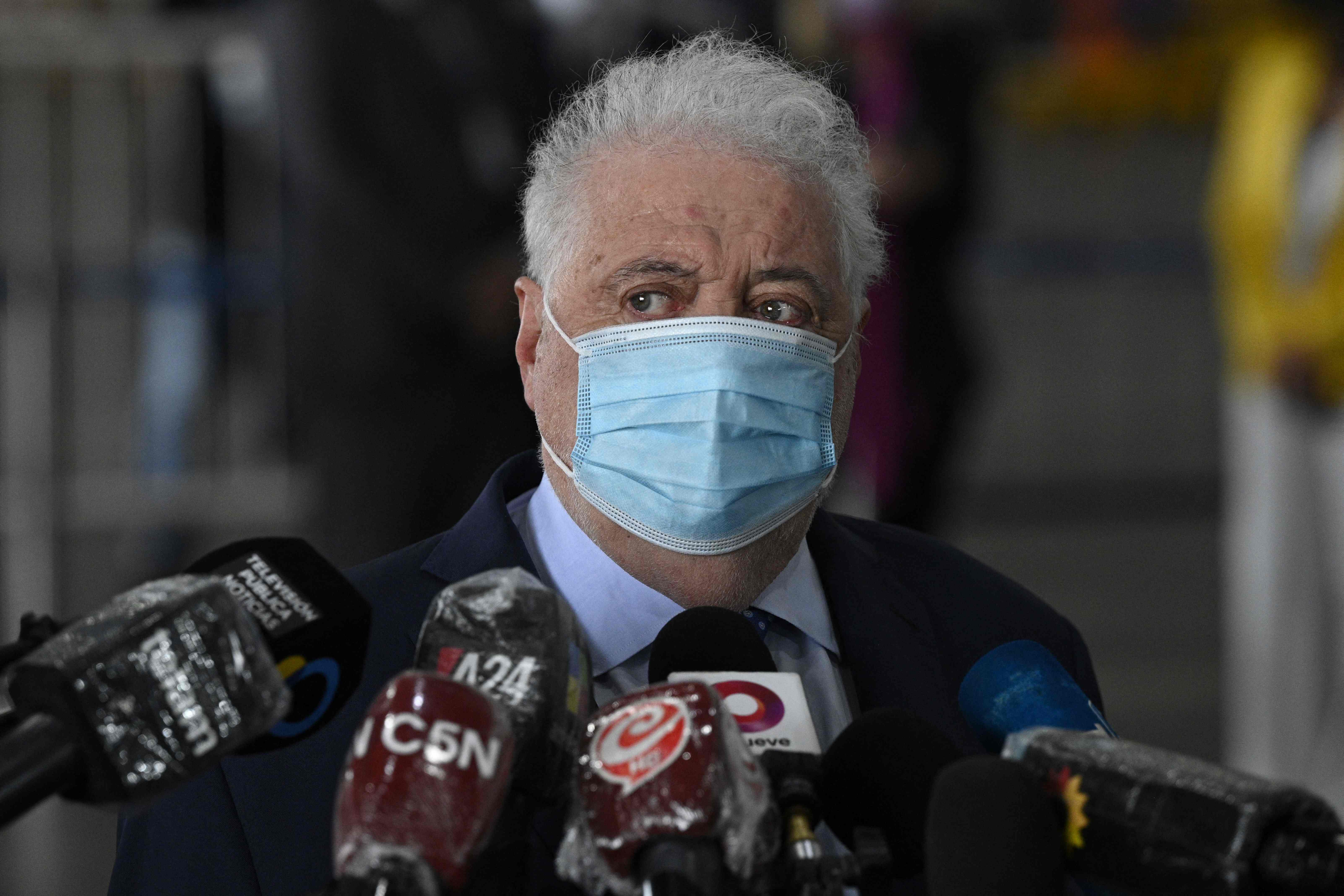 “Yesterday I got vaccinated.” With these words, the biggest scandal to date regarding the vaccination plan against covid-19 in Argentina has begun: at the headquarters of the Ministry of Health of Argentina a VIP vaccination where privileged people with good contacts were inoculated. It has been revealed by one of them, the veteran journalist Horacio Verbitsky. In an interview, Verbitsky reported that he called his “old friend” and even today Minister of Health, Ginés González García, to find out where he could get vaccinated. After he was referred to a public hospital, a secretary of the minister called him to meet him at the Ministry. There he received the first dose of Sputnik V. On Thursday, legislators, trade unionists and others close to power did not wait for their turn to come. The confession has triggered a wave of repudiation that has forced the resignation of González García.

In the middle of the afternoon, the president, Alberto Fernández, has decided to ask the minister to step aside. The official announcement has been delayed for hours. “Mr. President of the Argentine Nation: hereby and responding to your express request, I present my resignation,” González García declared in a public letter. Until now, the head of the health portfolio has attributed to “an involuntary confusion” of his private secretariat the summons of people in the Ministry to receive Sputnik V. Even so, he has assumed his responsibility “for the mistake.” The name of his replacement has not yet been publicly communicated, but local media anticipate that he will be replaced by the current Secretary of Access to Health, Carla Vizzotti, one of the most visible faces in the official strategy against the coronavirus.

I express my gratitude to the vast majority of the Argentine people for their commitment and support to the policies that we implement to rebuild a federal health system, with more equity, access and quality. pic.twitter.com/uBu8KY6PSB

Verbitsky’s story has quickly gone viral on the media and social networks, accompanied by harsh sentences and requests for his resignation against the minister. “I called my old friend Ginés González García, whom I have known since long before he was a minister, and he told me that I had to go to the Posadas Hospital,” the 79-year-old journalist told The Uncover Radio. “When I was about to go, I received a message from his secretary, who told me that a team of vaccinators from Posadas was going to come to the Ministry, and to go to the Ministry to give me the vaccine,” he continued.

The opposition has described what happened as “national shame”. “Vaccines are bought with the effort of all Argentines who pay their taxes and the Minister of Health distributes them as if they were his property. It is a national shame that vaccines are for friends of power like Verbistky. This deserves a sanction NOW ”, has tweeted Patricia Bullrich, president of Pro, the party of former president Mauricio Macri. Deputy Waldo Wolf has called a cacerolazo for Sunday to express indignation “for the powerful and their friends who do not care about the health of the most vulnerable Argentines.”

Verbitsky’s confession has had other repercussions on the government as well. The official deputy Eduardo Valdés, very close to Fernández, and Senator Jorge Taiana will not accompany the president on his official trip to Mexico as they are part of the list of those who were vaccinated outside of the established protocols. “I would never get the vaccine from anyone, all I did was because I was traveling to Mexico City and I thought I had to get vaccinated,” Valdés said in radio statements. The deputy has said that he was also inoculated in the Ministry of Health.

The journalist has been fired from the radio and has also been criticized by workers at the Center for Legal and Social Studies (CELS), the human rights organization he heads. “We received the news that the president of our organization was vaccinated outside the established system, through a chain of favors and on a personal basis, while we were trying, like everyone else, to get a turn for the elderly in our families” CELS workers have communicated. The vaccination plan in Argentina is progressing slower than expected due to the delay in the arrival of the agreed doses. In the city of Buenos Aires, the system launched this Friday to request shifts for people over 70 years of age has collapsed due to demand.

The scandal in the Argentine Ministry of Health has broken out days after the Peruvian ‘vaccinate’, an institutional crisis motivated by learning that more than 400 politicians, including former president Martín Vizcarra, were inoculated against covid-19 before workers of the Health. In Chile, its successful vaccination campaign has also been marred by irregularities. Some 37,000 people received doses early, being under 60 years old and without chronic diseases.

In Argentina, it had already emerged in recent days that mayors, legislators and political activists had received the vaccine in different provinces of the country despite not being part of the priority groups. To date, more than two million people have been infected with covid-19 in Argentina and 50,857 have died.