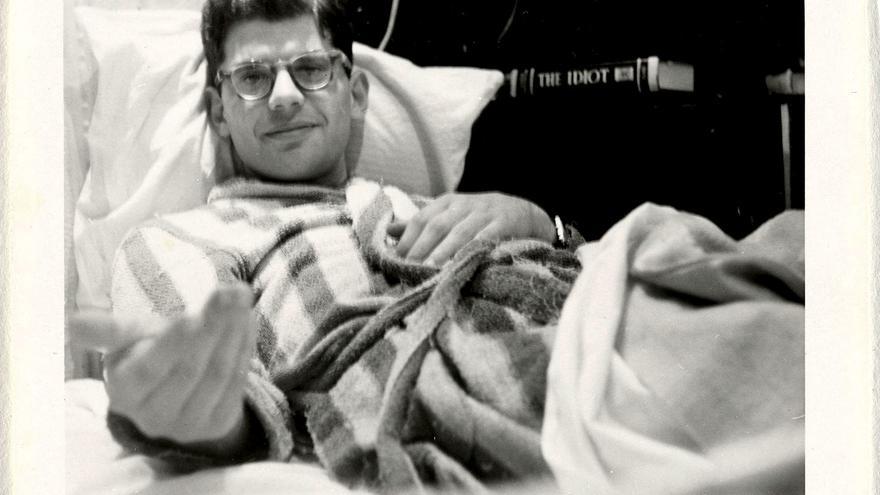 During these days of the pandemic, I could not help thinking about the long statements made to me twenty years ago in New York by the American poet Allen Ginsberg.

One of the most prominent figures of the so-called “beat” generation along with Jack Kerouac and William Buroughs, Ginsberg (1926-1997) was above all a great visionary as was the Englishman William Blake in his time.

Those were the years of the first Gulf War, which Ginsberg radically opposed and whose approval by the majority of his compatriots, he explained: “Americans have suffered the greatest brainwashing in the history of mass communications.” .

“Long ago we left behind” 1984 “and” A happy world “- said the author of” Howl “or” The fall of America “- We have exceeded all limits of sanity to arrive at a distorted perspective of the world that will inevitably lead to the loss of the planet ”.

And he continued: “Civilization is devouring nature, and in these circumstances neither pessimism nor optimism are worth words. It will take perhaps a hundred years before the definitive collapse of the planet takes place, which has already begun ”.

Many of his words remain, with few variations, highly topical: “The story of the suffering of the Kurds has almost disappeared from the American press. And no one took care of the Shiites. ”

“The huge ecological disaster, the burning of the oil wells that many had predicted before the US attack (on Iraq), has also been silenced. Meanwhile, the dirty rain and snow resulting from these fires have already reached the Himalayas ”.

“It is not emphasized that during the Iraq-Iran war, we manipulated both governments. We armed Saddam Hussein while making secret deals with Iran. The corruption is infinite ”.

When asked about the role played by the press and televisions in his country, Allen Ginsberg answered bluntly: “The media are controlled by the large multinationals and the establishment. The NBC television network is owned by General Electric ”(1) and former CIA director William Casey was on the board of directors of CBS”.

“On the other hand, the author of“ Kaddish ”also explained, we have a problem in the US for which we could use the metaphor of“ alcoholics anonymous ”. We have become addicted to a destructive substance: fossil fuels ”.

“And as in the case of Alcoholics Anonymous, to maintain our addiction, be it to cocaine, alcohol or oil, we agree, we disguise, we manipulate. They are the classic symptoms: self-deception and deception of others, manipulation, erratic behavior ”.

Ginsberg also denounced in that interview the growing inequality in his country: “The high standard of living (of which the statistics speak) is only for certain sectors. And when we talk about that, we also refer to the purely material ”.

“A society that allows such excessive and visible consumption is a society so insensitive that it allows the destruction of the ozone layer, acid rain, the greenhouse effect, that is, it allows the sky to rise in the most literal sense of the expression, ”he added.

“We have in the US between 6 and 7 percent of the world’s population, but we consume between 20 and 30 percent of fossil fuels and 40 percent of raw materials, at the expense of the weakest.”

Of course, we are also talking about poetry, and Ginsberg said that he had translated a beautiful poem by Neruda entitled “Let the woodcutter wake up”, in addition to expressing his admiration for César Vallejo, Vicente Huidobro or Nicanor Parra.

He also recognized the influence of the great mystics such as Saint John of the Cross: “I even mention it in“ Howl ”. However, when it comes to expanding our consciousness, Tibetans have an unbroken tradition that I have not found in Western mysticism or Judaism. ”

These were the last words then of the great visionary: “There is no salvation. Westerners always try to make ourselves that illusion. But you have to be disappointed. Poetry sharpens our capacity for perception, teaches us to better understand our aggressive tendencies. It’s all we can ask for ”.