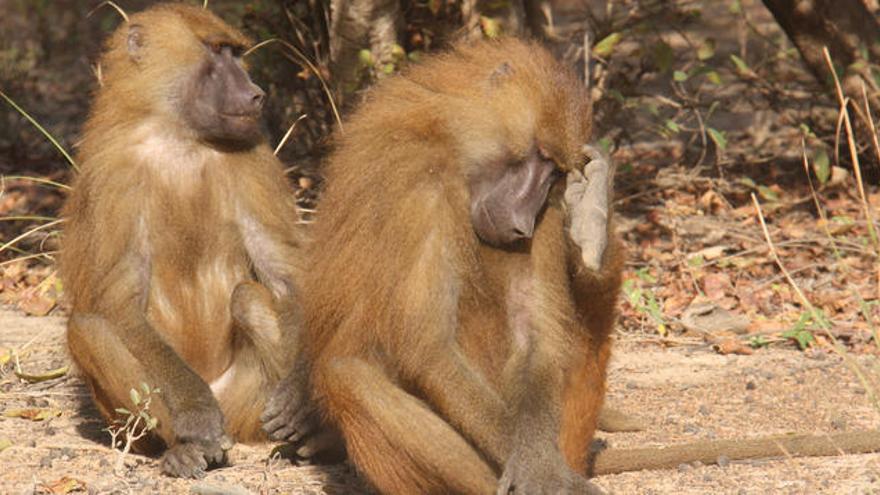 Studies in Guinea baboon monkeys have identified grunts that represent males from different social groups. They serve as a method of social adaptation, in the same way that human beings change their vocal intonation to harmonize with other people when communicating.

Researchers at the German Primate Center (DPZ) have studied the sound structures of Guinea baboon monkeys, finding grunts and other forms of vocal intonation that identify males from certain social groups. It is a mechanism similar to that of human beings, who modify their intonations to adapt to the requirements of each communicational situation.

According to a release, the learning of vocal intonations is of great importance in baboon societies. The scientists found that the grunts of the baboons belonging to the same social group were similar to each other, forming a kind of “accent” that marked belonging to the group.

According to the conclusions of the study published in the journal Proceedings of the Royal Society B, this behavior of primates is just one more example of the importance of vocal intonations as a “seal” of group identity. Many species develop abilities to imitate sounds and vocalizations that provide identity. This is the case of a large number of songbirds, bats and, mainly, humans.

Our capacity for vocal learning is remarkable. Beyond cases of extreme perfection, such as the sounds that human voices trained with a musical criterion can produce, human beings have the ability to learn new languages ​​at advanced ages, a task that involves intonations and vocalizations outside our initial training. What is the origin of this fantastic ability?

The primates are our closest relatives, therefore everything would indicate that the vocal abilities of the human being come from that evolutionary line. However, although vocal learning abilities are noticeable in many species of monkeys, debate still persists in the scientific community about the definitive characteristics of these practices.

The researchers understood that the Guinea baboons were an interesting model to address this question. They set out to discover whether the social and auditory experience of these monkeys is what subsequently shapes the conditions of their cries or calls. In principle, they determined that it is a society organized on several levels.

For example, some males associate with females and youngsters to create groups. In turn, these groups create alliances that give rise to “gang” -like structures. All these associations develop cries and calls with a specific intonation, as accents that differentiate their members from the monkeys that make up other communities.

During their research, the experts were able to confirm that in the framework of social interactions with other members of the group, male baboons emit low-frequency grunts, indicating good intentions. The team of scientists studied the acoustic structure of these grunts in relation to group membership, while analyzing established social relationships.

The main finding was that the calls or screams belonging to males of the same social level or “gang” were similar to each other, in that they registered evident differences with the grunts of males of other social levels. As the genetic relationship could not explain the similarity between the sounds emitted, specialists believe that the accents of the baboons come from a simple form of vocal learning.

In this type of learning, the auditory experience facilitates the production of calls that sound almost identical to those made by other members of the same group. It is something similar to what happens in human communication, when people involuntarily adjust their tone to suit their interlocutor.

“Such effects appear to be shared between non-human and human primates. But it is important to distinguish between different forms of vocal learning in order to really develop a comprehensive understanding of the evolution of speech, ”concluded the study’s lead author, Julia Fischer.

Video and podcast: edited by Pablo Javier Piacente based on elements and sources free of copyright.