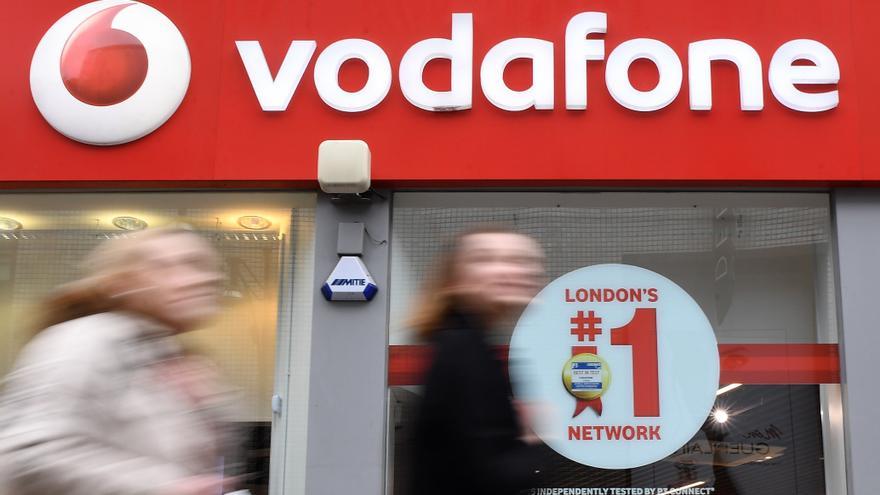 Vodafone entered 1,030 million euros in Spain between April and June, the first quarter of its fiscal year, which represents an increase of 0.36% compared to the same period last year and a 3.8% organic growth.

Service revenue amounted to 925 million euros for the group, 0.5% more than in the same period last year and a growth of 0.8% in organic terms.

The company notes that has benefited from a lesser effect of coronavirus -It is compared with the quarter of hard confinement- and a certain rebound in roaming and visitors, although it clarifies that part of this improvement has been neutralized by price competition.

In the sum of the calendar year (until the end of June), Vodafone has entered 1,876 million euros per service, 0.8% less than in the first six months of 2020.

The operator, which this week was awarded 2×10 MHz in the 700MHz band, a priority for the deployment of 5G, for 350 million euros, has also underlined its growth in the public sector in a statement.

The CEO of Vodafone Spain, Colman Deegan, has indicated that commercial activity “continues to be marked by strong competitive intensity” and by a “market drift towards low value”.

However, he has assured to be satisfied with the growth in income and has thanked the Government for the announced measures, such as the elimination of the fee paid by the ‘telecos’ to RTVE, which, in his opinion, “represent an advance towards a market structure. more sustainable and viable and a necessary step to promote productive investment in 5G infrastructure. ”

“We encourage the Government to continue with these steps and accelerate their implementation,” concluded Deegan.

Regulatory changes also appear in the presentation for investors made by the group at an international level, which highlights the proposal to eliminate the RTVE rate, the improvement of the terms to access the deployment of 5G, as well as the beginning of the programs for digitization of SMEs with European funds for the second semester.

The operator ended the second quarter of the year with a total of 11.4 million mobile contract customers and 13.3 million mobile users in total, 2.1% less, as well as 3.1 million in the fixed segment, 1.8% less than in the same period of the previous year.

In a statement, the company highlights the addition of 27,000 postpaid mobile users thanks to the award of contracts with the administrations.

Also, reference is made to the growing competition in the value sector of the market and to the increase in the price of rates as of July 15.

In addition, Lowi, for the first time present in Vodafone stores, continued to gain new customers and reached 1.3 million users after adding 60,000 in the last three months.

The company has also increased its network of homes passed by fiber by 100,000 homes to 10.6 million, which makes Spain the second European market of the group with the largest fiber footprint, while the number of homes with fiber to the home available in its wholesale business reaches 15.6 million.

In a statement, the company has highlighted some milestones of the semester such as the award of a contract to provide connectivity to 100,000 students from five autonomous communities or the launch of its social rates.

It has also been a quarter marked by announcements such as the launch of the first pre-commercial 5G SA (Standalone) network, the opening of a research center in Malaga and the extension of the 2Africa submarine cable to connect the Canary Islands and the Peninsula.

In the 5G section, it has also moved forward with more than 130 5G use cases, among which the digitization of the Cepsa refinery in Palos de la Frontera (Huelva) stands out.