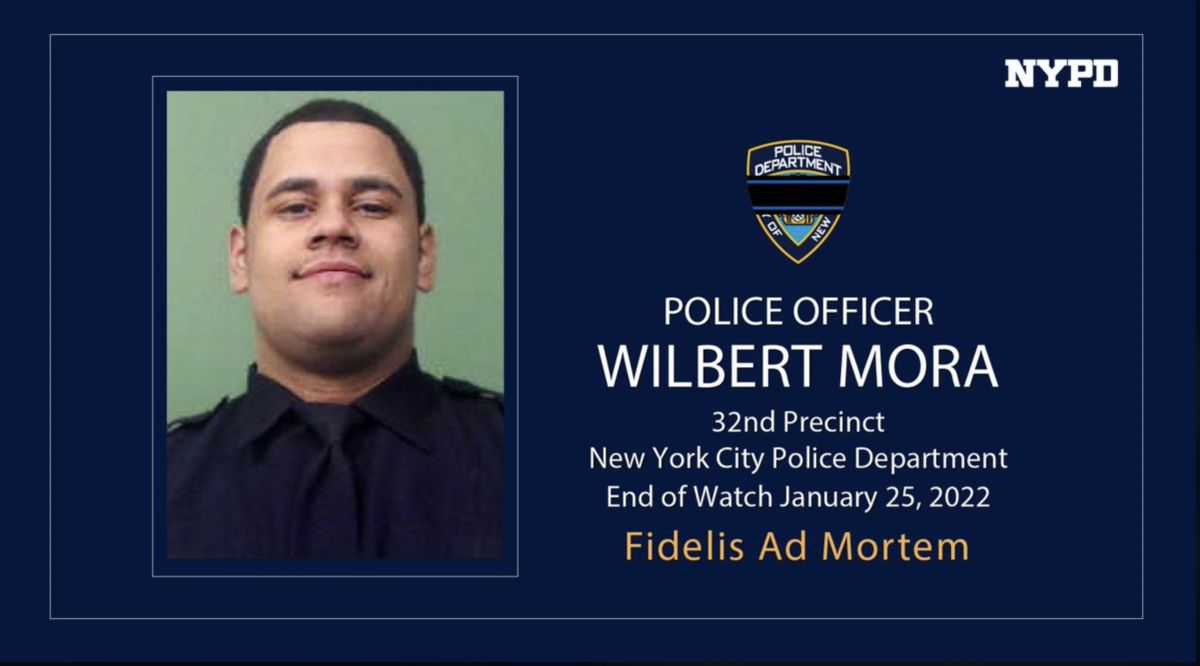 The remains of New York police officer Wilbert Mora, who died last Tuesday after four days of fighting for his life, they will be veiled on February 1 at Saint Patrick’s Cathedral as will happen this week with his partner Jason Rivera.

Rivera, 22, who was married three months ago, died on January 21 after being shot while investigating a domestic violence complaint in Harlem neighborhood, incident in which Mora, 27, was seriously injured.

The main police union in New York, the Police Benevolent Association, had previously released the details of Rivera’s wake, which will also take place this Thursday at Saint Patrick’s Cathedral, before his body is buried on Friday after a mass.

Mora, who was hit by a bullet in the head, donated his organs and, according to the Police Benevolent Association, “some lucky person got the heart of a hero.”

“We know the way to the place where heroes rest. We will carry our brother Wilbert Mora every step of his long journey home“, also indicated the union, which accompanied the message on Twitter with a video about the tribute of the policemen in the street while the remains of the policeman were transferred from the hospital where he died to the funeral home.

The Union once asked New Yorkers to join them at Mora’s wake on February 1 and his burial the next day.

“Please come back to us and continue to be with us. Together, we will show that our heroes did not die in vain.”

The person responsible for the death of the police officers, Lashawn McNeil, 47, with a criminal record in several states, was also seriously injured by another police officer who accompanied Rivera and Mora and died on Monday.

LiveOnNY, a nonprofit organization that helps New Yorkers with organ and tissue donation, thanked Mora in a message for her gesture.

“Officer Mora leaves a lasting legacy of unwavering service as an NYPD officer and as an organ donor who saved five lives. LiveOnNY mourns the loss of this incredible hero,” he told the NGO in a tweet.