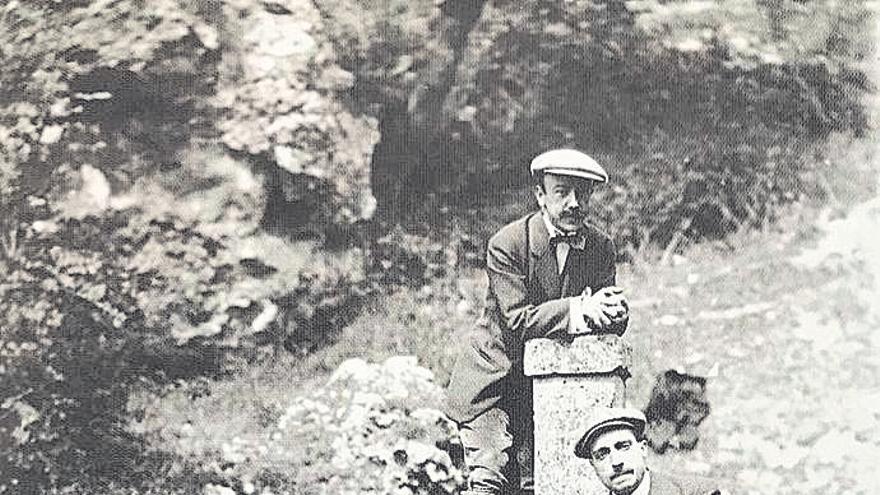 Forty-two years have passed since the first drop of the Tagus River reached the “garden of Europe”, thanks to the transfer, and 88 years since Lorenzo Pardo, distinguished Aragonese engineer and author in 1933, in the troubled times of the República, from the I Hydraulic Works Plan of Spain, raised the need to build the Tajo-Segura, to bring water to Alicante, Murcia and Almería. Today, the transfer is threatened. Threatened by national lack of solidarity, that of the Spain of autonomies, the neglect of successive governments, whatever color they may be, that have passed through Madrid, and by the obsession of a Ministry for Ecological Transition that, supported by change climate, it is determined to cut year after year the water that is sent to Alicante and Murcia to replace it with desalinated, much more expensive.

This is the reality that the INFORMATION Club is debating today, aware of the importance of a hydraulic infrastructure without which it would be impossible to explain the progress achieved by the province of Alicante, where the sun is the flag, but lacking in water resources. The difference? Water, like light, can move, while the sun cannot. Lorenzo Pardo argued, precisely, in 1933, that water was a good that should be used for the benefit of all Spaniards and appealed to the question of State in the 1930s of republican Spain.

The problem is serious and, for the moment, no one has bothered to put a real solution to it, beyond the fact that it also serves the electoral interests of each other. That they ask Ximo Puig when the defense of the Tajo-Segura or the president of the Provincial Council, Carlos Mazón, who has not lost a minute to join in a demand for justice, is put in charge. Welcome both.

The future of the province is unsustainable if water resources are not guaranteed and the debate can no longer be, either, whether desalination or transfers. Desalinated water, on the other hand, which, although it is produced in Torrevieja, all goes to Campo de Cartagena. There is money there to pay for it and it still cannot be used in the province because, please, there are no connections with the farms of more than 20,000 farmers in the south. Meanwhile, the Government (Acuamed) continues with its plans to expand the production capacity in Torrevieja to 180 hm3 but without solving the basics, its distribution in Alicante, so if no one prevents it, the flow will be for the rich Murcian garden.

Meanwhile, the fence around the Tagus transfer tightens both in Madrid and Toledo, and the blockade of the Júcar-Vinalopó also continues after having invested more than 400 million euros of public money, the province has not done anything to work on solutions in the territory itself, such as the use of wastewater that goes to the sea today with minimal purification, and that could be used without problems in agriculture as long as the flow was of quality.

Of course, not for human consumption. A matter whose competences are the Consell, which has never done its homework on this issue of which the PP was the first culprit, but for which solutions must now be demanded from the Puig team in its sixth year in office. What does seem clear now is that claiming transfers from the Ebro and the Tajo Medio, although technically possible, is a toast to the sun seeing where state and European water policy is going. They were not made at the time and they will never be made.

While everything is complicated. The blow given by the Supreme Court to the future of the Tajo-Segura, annulling the articles that made reference to the ecological flows of the river in Aranjuez and Talavera, which now must be reviewed, not necessarily increased, seems to be part of the script marked by the Government of Pedro Sánchez and for the former Minister of the Environment, Cristina Narbona, when in 2005 she modified the National Hydrological Plan, to eliminate the transfer and design the one based on desalinated water.

The PP would arrive later and did nothing of the promised ones. A party that when it is in opposition seems to have the magic wand to solve the water problem, but when it comes to power it runs into anti-invasion centralism and ends up being a mere follower of socialist policies.

The future of the Tajo-Segura seems, therefore, more complicated than ever because, in addition, the sky does not help. The Supreme Court ruling forces a review of the ecological flows in that part of the river, its headwaters, where the drought is as cruel as in Alicante.

The accounts do not come out. For every cubic meter per second that the ecological flow increases, 30 hm3 per year of the transfer to Alicante and Murcia will be reduced. As the objective of the Confederation of the Tagus seems to be to go from the current six to 8.52 m3 per second, the loss remains at 180 hm3 per year on stocks, which rarely exceed 600 hm3 and with the sword of Damocles of the 400 hm3 reserve line from which the transfer is closed. When Mariano Rajoy and his collaborators sold that the Tagus “memorandum” would put an end to all the problems, they raised that either ecological flows or raising the reserve. The latter was chosen. Now, the Supreme Court has failed something like the “2×1”, which leaves the transfer against the ropes, and makes Alicante add another defeat in its fight to ensure a supply of quality water at a good price.

The province loses the judicial battle as in its day it lost politics and the media. Media? Unfortunately, demagoguery has prevailed in Madrid and in the rest of Spain, which convey the feeling that in the Valencian Community water is only wanted to feed the brick and the balls. Nobody appreciates that we are a good part of the garden of Europe, and that the rest of the Spaniards live on the benefits of agriculture, the same ones who shower when they spend the summer on the Costa Blanca but that is not why the province is exempt from making their homework.

And meanwhile, the advance of desertification is unstoppable. Climate change, the abandonment of farmland by farmers and ranchers -the Covid has also put them on the brink of ruin due to the closure of tourism- surpassed by low prices, the lack of water in quantity and quality, and the absence of an effective response from the Administration have meant that in the last twenty years the province has lost 40% of its fertile soil.

The lack of water and real solutions for the Tajo-Segura have an agri-food sector on the ropes from which one hundred thousand families eat, demonstrating, again, the lack of solidarity and the inability of the central government this, the previous one, the precedent to the Previous and I am afraid that the next one – to solve a problem that goes unnoticed by the citizens (as long as the tap is turned on and water comes out …), but which may jeopardize the future of the province because even the most staunch defenders of the vice president’s policies Teresa Ribera, a worthy heir to Cristina Narbona’s thesis, admits that desalination, the “water vaccine” imposed on us by the Executive, cannot be the only solution to the problem.

The sun cannot be exported, the water can, and the fact that in the southern regions two harvests a year can be obtained benefits all Spaniards, and more so in these times marked by the covid that has triggered the demand for products fruit and vegetables throughout Europe. That at this point they continue to defend the arguments that the water that comes from Castilla-La Mancha is to build houses and irrigate the golf courses in Alicante cries out to that sky that for years has been reluctant to give us water generously and generously. normal, not cold drops that destroy rather than help.

The problem is serious because apart from agriculture, the urban supply of the 34 municipalities of the province supplied by the Taibilla also depends on the flows of the Tagus, since desalination, I insist, cannot supply the water from the transfer in its entirety . It is easy to continue accusing Alicante and Murcia of depleting the resources of Castilla-La Mancha, while the neighboring community depletes its overexploited aquifers creating thousands of hectares of irrigation and in which nobody asks, for example, in Toledo, how they used the governments of the PSOE and the PP the flow of millions of euros that arrived and arrives every year from Alicante and Murcia in exchange for the transfer water. A money that should have been used to provide infrastructure to the riverside municipalities of the Tagus to guarantee their water supply. Why is no one asking you or is it not the reason for an ex officio investigation?

Water is a State problem and if in the turbulent 30s of the 20th century it was possible to reach agreements to start designing the Tajo-Segura -and Lorenzo Pardo had something to do with it- what is needed in the Europe of globalization to that the kingdoms of Taifa do not continue to allow themselves? A solution is urgently needed because the government’s own data is there. More than a third of the province is at significant risk of loss of arable land. About one hundred hectares are affected by the process and another 89,989 in very high danger, which adds up to about 40% of the total of 581,000 hectares of surface that Alicante has. Notice to navigators.