This is where the value of the service comes into play or, what is the same, everything that is “added” in each of the phases of the integral water cycle: collection, purification, distribution, sanitation, purification … An essential process which is the guarantor of our quality of life. Why, then, does this service go so unnoticed? The reason is very simple: urban water cycle management is one of the best-performing public services. Perhaps there, in its infallibility, is the reason for the low value that part of the citizenship seems to give to these services. 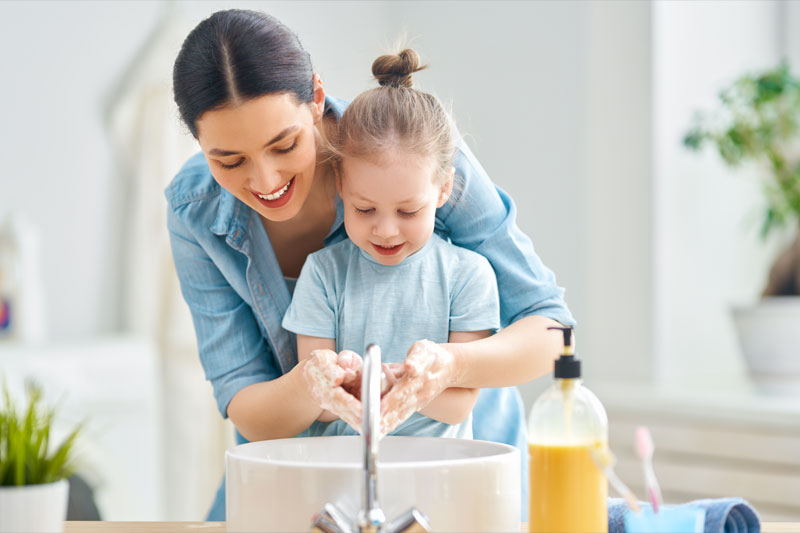 Although due to its daily life we ​​do not usually notice it, opening a house tap and drinking water springs from it is not an easy task. This simple gesture is the culmination of the work carried out daily by the more than 60,000 men and women of the operating companies in Spain. They are in charge of developing all the services associated with urban water: supply, distribution, quality, troubleshooting, sanitation and purification, water analysis … 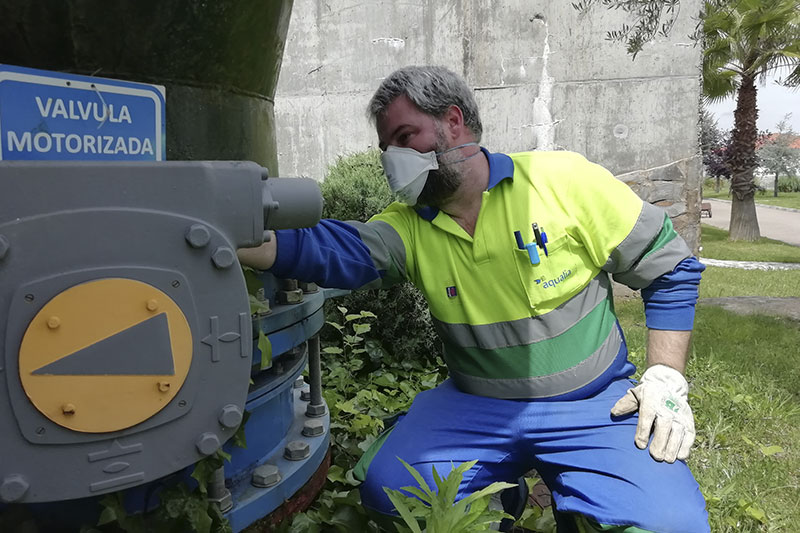 An operator, in maintenance work on a motorized valve in the network.

Fortunately, Spain has companies – public and private – that are considered among the world leaders, whose vocation of public service makes it possible to offer excellent services. These are specialized and technologically highly advanced companies that have been providing efficient solutions for years based on financial, social and environmental sustainability and investing in R & D & i programs. An example: only in 2019 Aqualia invested 4.3 million euros of its own resources for the development of innovation projects. Making this knowledge, technology and expert personnel available to society in such difficult times has been vital to maintain excellence in the service provided.

This work would not have been possible without the coordination with the health authorities and with the local public administrations –the city councils–, owners of the urban water services. This supposes the coordinated work with hundreds of municipal corporations from all over Spain.

But the unanimous recognition that urban water enjoys as a strong and cohesive sector does not guarantee that, in the future, the integral cycle systems will maintain their current benefits. Facing the new demands raised both by European Union directives and by the effects of climate change requires new measures. An increase in investment in water infrastructure is required, in adaptation projects to increase the resilience of cities through water management, as well as in circular economy projects to improve water purification and reuse. The United Nations itself has stressed that it is essential to invest in both water infrastructure and governance, to provide the most basic resource for communities, their development and their protection against disease. In this way, it will also contribute to the achievement of the Sustainable Development Goals that the UN includes in its 2030 Agenda. 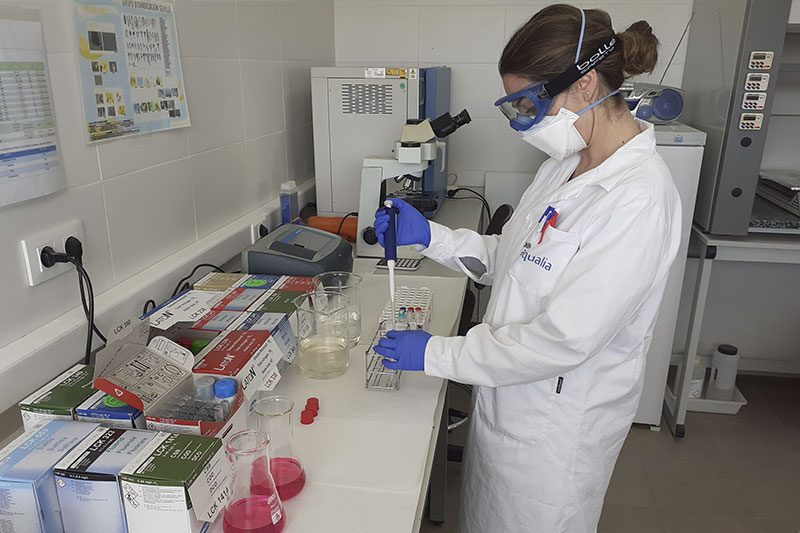 Innovation in the face of future challenges

The Treatment of waste water generated in small towns continues to be one of the pending subjects in our country. Only 65% ​​of Spanish municipalities with between 2,000 and 10,000 inhabitants have adequate treatment, a problem that affects almost 25% of the 8,131 municipalities in Spain. Consequently, between 3 and 4 million inhabitants still lack adequate treatment of the wastewater they generate.

Aqualia’s Life Intext project aims to solve this problem and combat the scarcity of water in small communities by combining INTENSIVE and EXTENSIVE technologies, focused on the purification of waste water and its reuse.

This project is committed to sustainability in the treatment of wastewater, especially in small urban centers where this type of process does not exist or is not efficient enough.

The climate change It is another of the constraints that the water sector must face. Faced with a scenario of increasingly generalized water stress, increasing in Mediterranean countries, the reuse of water is considered, not as an option, but as a necessity to be able to face the future challenges of the European Union related to food production and water policy. The use of this resource in the agricultural sector, the largest consumer of drinking water in the EU, would help alleviate scarce water resources in many parts of the continent. 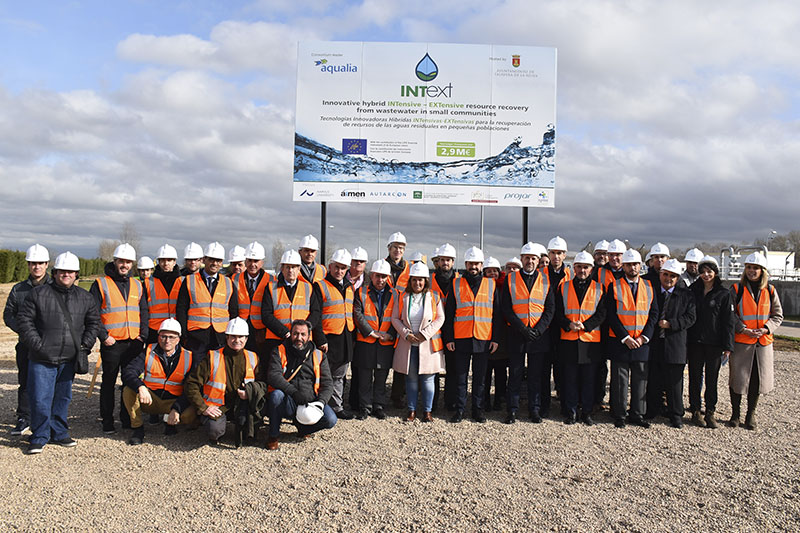 On January 24 of last year the presentation of the Life Intext project took place in Talavera de la Reina (Toledo).

Currently on the planet, more than 165,000 million m3 / year of water are collected and treated (more or less the equivalent of 165 million stadiums like the Santiago Bernabéu filled with water). Of these, only 2% are reused, despite the fact that it is estimated that the need for water in 2030 will increase by 40%.

In this context, the Life Phoenix project seeks to convert wastewater into a high-value element for its reuse in agricultural irrigation in a safe and efficient way. The research consortium is made up of public and private entities from Spain, Portugal and the Netherlands. The project will begin its journey in two treatment plants in the city of Almería (El Bobar and El Toyo), operated by Aqualia as a concessionaire of the Municipal Water Service of the City Council. Later, the technologies will be transferred to other locations in Spain and Portugal, to test the potential of the prototypes in different cases. 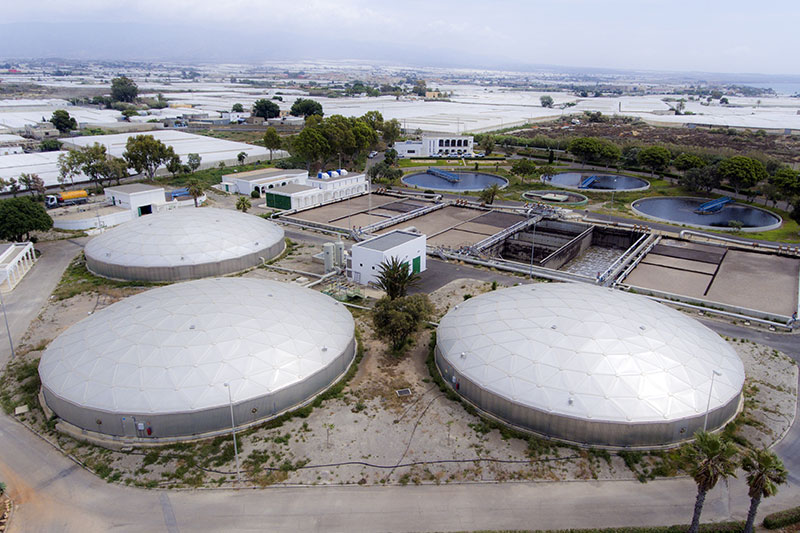 Aerial view of the El Bobar treatment plant, which purifies the waters of the city of Almería.

Life Phoenix also faces the challenge of emerging pollutants and microplastics, which cause problems in current treatment systems, since they are difficult to eliminate, and tend to end up in the seas and rivers, posing a serious environmental risk. In this sense, the name of the project evokes the mythical “phoenix”, which rose from its ashes in the same way that in the future the wastewater will have a “new life” and will no longer be considered a mere waste.