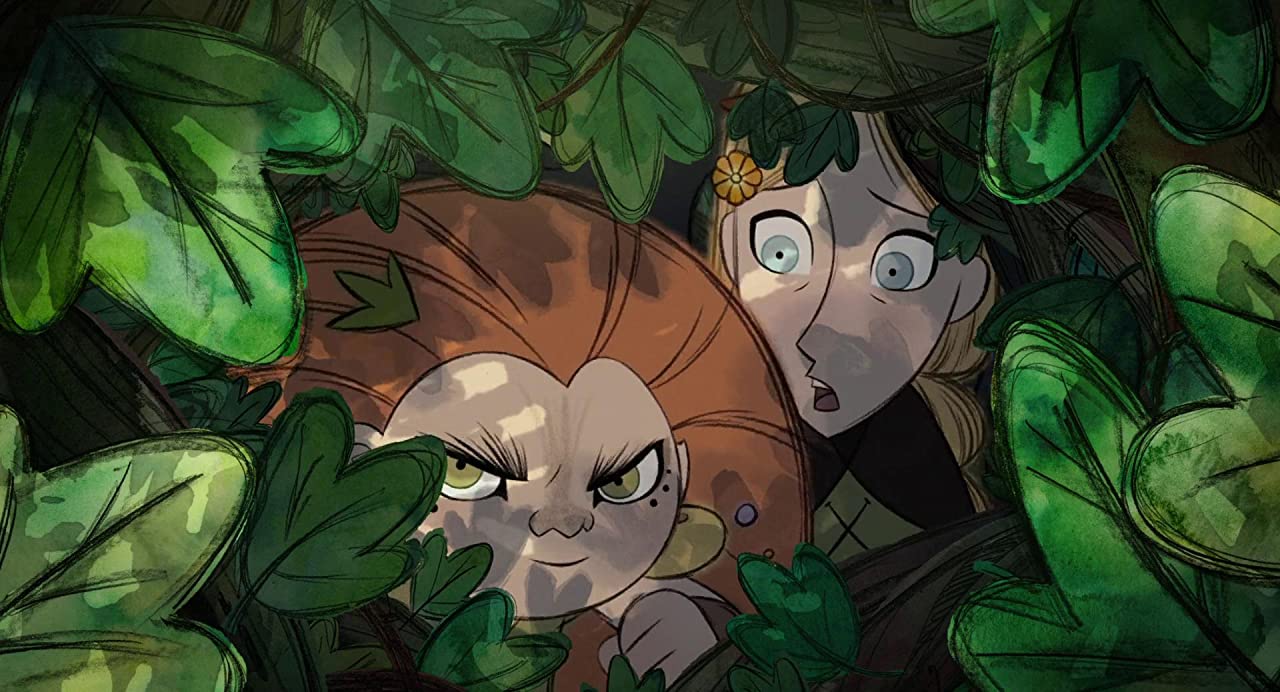 Mebh is a torrent. When she crosses the screen followed by her unbending red hair, bigger than herself, and a pack of wolves, you can see the lines that draw this character from the animated film Wolfwalkers they stir around her small figure, as if unable to contain so much verve. Around it, a magical forest, as flat as it is deep, also allows one to intuit loose brushstrokes, flowers whose color spills out of the petal and watercolor stains that portray the light that filters through the trees. “All those imperfections give it a special charm,” explains the Spanish María Pareja, co-director of art in this Cartoon Saloon film.

This small Irish studio has cast all the feature films that have come out of its headquarters in Kilkenny into the Oscar nominations: in 2009, The Secret of Kells, in 2015, Song of The Sea; in 2017, Breadwinner… And for this year’s edition its relatively tiny Wolfwalkers competes, among others, with the colossal Soul, by Pixar.

All the works of Cartoon Saloon’s filmography share a trait that differentiates them from contemporary animation, where computer-generated graphics and three-dimensional views dominate: the Irish factory films are more reminiscent of the first Disney factory films. that we have become used to seeing since the first installment of Toy Story shook the foundations of the sector, back in 1995. “Computer animation goes so fast that Toy Story It already seems very unconvincing to us. Meanwhile, there are hand-drawn movies from the 1940s that are still around. Bambi it still has a very timeless look. And this is so because their language is the language of painting and illustration, not that of the latest technology ”, explained Tomm Moore a The New Yorker.

That is why Pareja, who came to the studio in 2018, has combined his training at the U-tad University Center for Technology and Digital Art with the experience of a lifetime drawing by hand on all kinds of physical media. In order to Wolfwalkers he has been in charge of scene illustration and production design. His are, for example, the forests that surround the most magical parts of history. “I think that in two-dimensional animation the artist’s hand is perceived a little more. In a 3D production, being all digital, they are all models and everything is much more homogeneous. That’s why I like what we do at Cartoon Saloon. Because I think that in 3D the magic of the artist is lost a bit ”, he reasons.

The studio is not an island anchored in a past prior to the great wave of computer graphics and digitization in general. They incorporate how many techniques and processes allow them to improve and streamline their work. “Everything is done in a semi-traditional way, so to speak,” says Pareja, who has worked the same with brushes as with the stylus of his graphic tablet. “As much as we want to make a background in watercolor, in the end it needs its layers and its space for animation.” This involves painting the different parts of the scene separately, scanning them, and putting all the puzzle pieces together on the computer. “I was working with Photoshop most of the time.”

Drawing directly in digital offers, for example, apparently trivial, but not negligible possibility of undoing a mistake that classic inks do not offer. “If you make a mistake in something, you do control+z You go back and fix it It would make me very nervous to have to repeat everything a thousand times ”, admits the young woman from Madrid. But Cartoon Saloon’s relationship goes beyond Photoshop. “There is a sequence where the two girls are running through the forest at night. There we use everything from watercolor to 3D to virtual reality, ”says Pareja. The objective was to give the scene three-dimensionality, which includes complex camera movements, while maintaining the aesthetics of the rest of the film. “The objective is that it is seen that it is something drawn, but we do not say no to 3D. In fact, the studio invests in tools to facilitate these projects. We use a program called Moho that allows us to create more three-dimensional environments and animate without having to paint. These things help us, but they are not the end result ”.

The Secret of Kells, which is now 12 years old, was still a titanic task of animation with paper and pencil that involved moving huge amounts of boxes with the drawings. “I do not even want to imagine. We only with the watercolors and the backgrounds have piles and piles of paper. Having all that stored has to be crazy, “says Pareja. Time has not passed in vain for the Kilkenny study, which has also had to take on the demands of the pandemic and carry out its projects remotely, with no connection between its equipment other than that of modern telecommunications. “It’s a bit more of a drag sometimes, because you don’t have the speed to be in the same room with everyone and say, ‘Hey, come look at this picture for a moment. It is a bit slower, but the studio has managed to work well ”, says the illustrator.

The proof that it works is that for now, Wolfwalkers has already won five Annie awards – considered the Oscars of animation-, thus pulverizing the records of all the previous films of the Irish factory. Will you be able to Soul at the Oscars that are held this Sunday? “It is very difficult. In the end, Pixar is Pixar and the Oscars are American awards. But hey, hope is not lost ”.