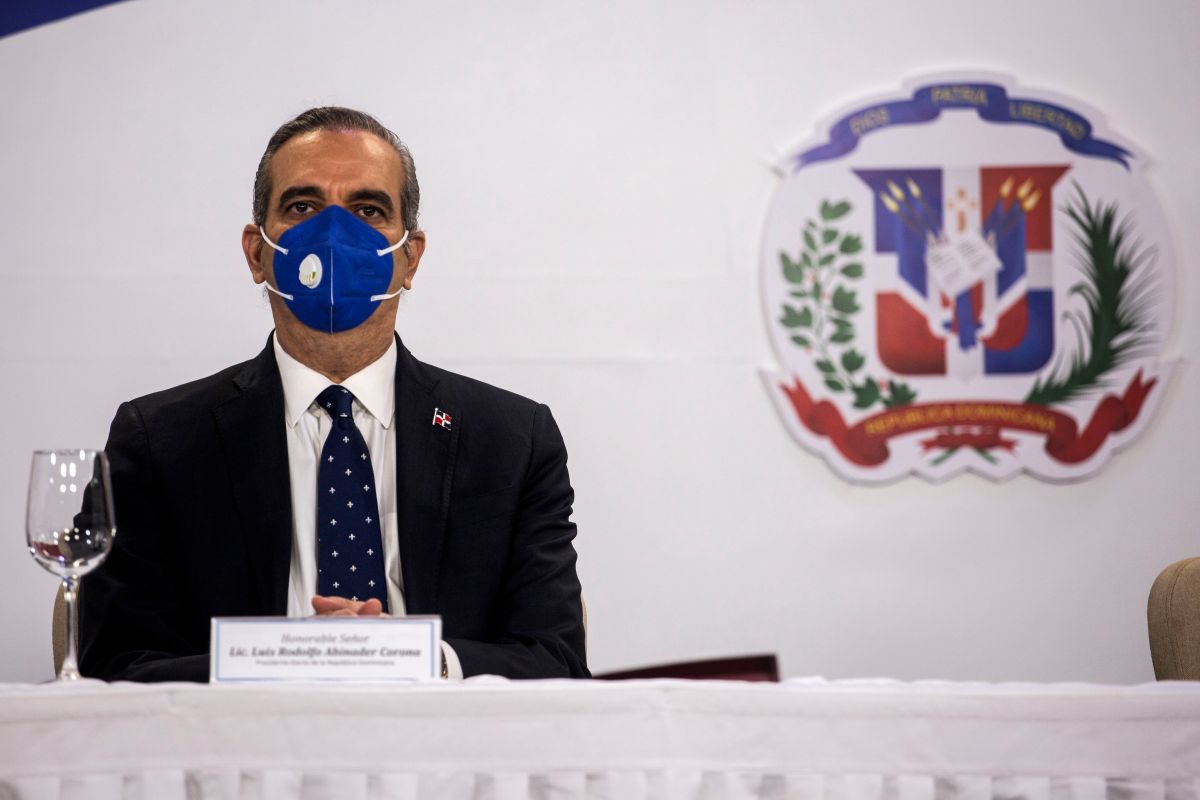 When talking about change it is necessary to be clear that it is a process that does not happen overnight, and although it generates hope, at the same time it creates uncertainties, because we are on the way to something about which we are not sure that it truly will happen. It is precisely this path marked by great expectations that at the time generated the arrival of the Modern Revolutionary Party, PRM, to the Presidential Palace of the Dominican Republic.

The PRM, a political organization that after 6 years of its formation as a result of the rupture of one of the longest and most massive Dominican political structure, the Dominican Revolutionary Party (PRD), rose with the elections held on July 5, 2020, after the union of a people who screamed at the top of their lungs for a change in the leadership of the State and who pinned their hopes on the slogan of change.

However, with the passing of the months, the element of uncertainty has been presented in an entire people who perceive that the government is not solving the main problems that affect the nation. It is not a novelty that four years are few to execute a government agenda in a country, especially when it is governed under the effects of a global pandemic that has hit the most powerful economies. However, this situation should not be turned into an excuse to justify what was not justified at the time.

The truth must be told, the PRM as a political institution, has a gigantic commitment to the country, not only in showing that they keep distance between the old structure and its predecessors, also in the way of managing or managing the Dominican State, keeping a gap between what they criticized and what they do. It is up to them as a government to restore confidence to the people and, above all, to restore credibility in politicians, consequently, in Dominican political organizations.

Not yet a year has passed since the installation of the Perreme government and there are many demands on the part of the people who do not understand, that the president did not come with a formula or a magic wand to solve evils that have hit the Dominican Republic for a long time. In this context, there are opinions for and against. For me, the best thermometer that many of the president’s decisions have been correct is the assessment and reactions observed in social networks about the management that he has been developing.

Governing in times of social networks is a great challenge, since transparency is a fundamental pillar in an open government. In relation to this, a hashtag has become popular in social networks that indicates to the government that “they do not know how to govern”, this is due to decisions that have been made and then left without effect or situations that in the opinion of the public are not correct, This position is understandable, since the Dominican people got used to not being listened to for decades. Thus, these types of actions can become worrisome. However, it is wise to recognize when we are wrong, and that is precisely what is being done, making decisions in a prudent time and listening to the people.

I believe that in the Dominican Republic we are changing when we have a close leader, who listens and speaks with people of all levels, in almost 10 months he has traveled a large part of the country looking closely at its problems and creating the conditions for the solution He has dismissed officials, others have resigned, creating precedents and sending a clear message that in his government there is no room for corruption; the management of Covid19 and the measures adopted under the plan #VacunateRD, demonstrates the commitment to health policy, since February to date the country has positioned itself among the first places for managing the vaccination process and the number of people reached; Social programs have been kept transparent to their beneficiaries, which has forced the State to continue taking loans to fulfill these commitments. A policy that has had a great impact is the delivery of owner certificates to thousands of owners of parcels and houses in more than 23 provinces of the country.

Other positive aspects, despite the world economic situation, it has been predicted that the economy will maintain its growth, is the rescue of MSMEs. Likewise, the implementation of the National Housing Program to benefit thousands of families, among other public impact policies. Another bright spot in the management, has given continuity to policies implemented in the past administration and has publicly acknowledged its participation in works inaugurated in the current government. It should also be noted that, thanks to the appointment of an independent Public Ministry, commendable work is being carried out in the prosecution of corruption, to mention aspects that shed light on the management of change.

But since not everything is rosy, there are situations that have a great impact on the population and cast shadows on the government, on which the country awaits its fulfillment; issues such as citizen security, the profound transformation of the security forces. The most recent cases of prosecution against administrative corruption, #OperaciónCoral, The same that involves high-ranking military officers for alleged corruption, confirms this. Likewise, several corruption scandals that have been uncovered involving government officials. Dignify the health sector, clean up the educational system, reduce the existing wage gap, the wage issue in the country is a pending issue, among other aspects that require attention.

In the same way, pay attention to the issue of the dismissal of public servants in the entities and organs of the State regardless of their condition, time in service, their career status, damaging acquired rights, a practice carried out for decades, only that I did not expect the government of change to act in the same way as its predecessors in that regard. I agree that a prophylaxis should be carried out in the State, but under a process of review and analysis that allows changing the culture that has prevailed for so long, in which party affiliation takes precedence over being a Dominican citizen and possessing the competencies for the performance of public office. In that order, the President Abinader has made its position clear.

We must be aware that changes are not just commitments by governments, it is a commitment of all and a transformation of our society back to good customs and recovery of values ​​is necessary; a close monitoring of all officials, since apparently not all are aligned with the president and his policies. “It is going to serve the State, not to serve itself.”

The government has not completed its first year, there are many months ahead, but let us not forget that time is short and three years fly by. Prioritizing on issues that have attacked Dominican society for decades should be the slogan, do not forget that “no it is how you start but how you end ”, do not be distracted, that power does not confuse its objective, the PRM government headed by Luis Abinader has in its hands to change the course of history on how to govern in the Dominican Republic. #We are attentive.

Eridania Bidó Fernández is co-founder and Executive Vice President of the Center for Public Policy, Development and RD Leadership (CPDL-RD). She has a Master’s degree in Senior Public Management, is a Specialist in Public Function and Quality Management, Writer for Communicated Policy, and has more than 10 years of professional career at the public level. Bidó is also an International Election Observer for Latin America. Twitter @EridaniaBidoF