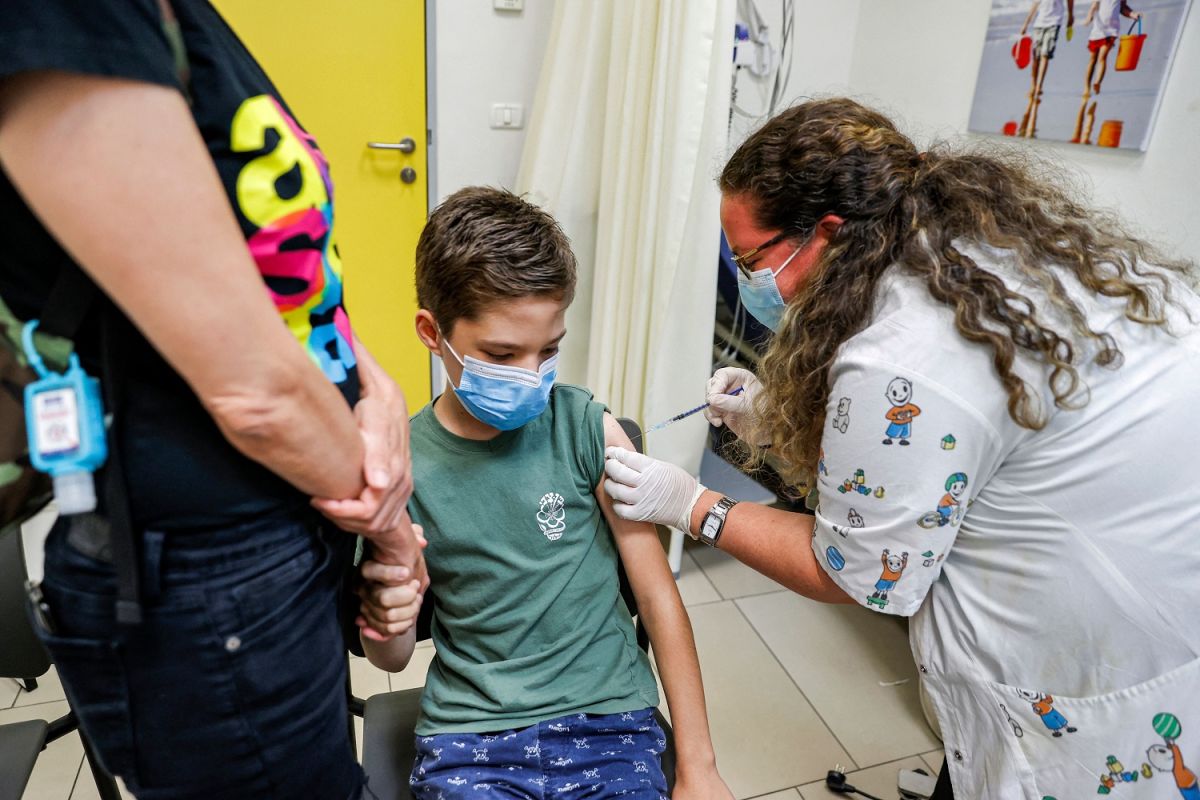 Christian is 9 years old. He is the son of the internist Charles Mugera and the pediatrician Kabuiya Ruth Mugera. The child participates in the trials of the childhood vaccine against COVID-19 and, according to his parents, affirms that “we are going to save the world”.

Christian’s parents told CNN that after seeing COVID ravage hundreds of patients, they are convinced that children should also be vaccinated. “So It is very clear that for this pandemic to end, we have to not only protect ourselves from serious diseases, but also vaccinate children, ”Dr. Mugera told the publication. “Because although children have not been perceived as at risk of death or serious illness, they transmit it,” he added.

Christian has already received two full doses of Moderna’s vaccine. He experienced fever, muscle aches, and lethargy for 24 hours no more. “We are going to save the world. We are going to change the world, ”his parents have heard him say.

The Mugera family is one of many in the United States who have decided to offer their young children to test vaccines against the new coronavirus in order to develop a generalized pediatric vaccine for those under 12 years of age.

The pain of losing a child

Last November, Rebecca and Michael Calloway suffered the death of their 3-year-old baby from sudden brain inflammation caused by undiagnosed type 1 diabetes. Today, Georgia, her 7-year-old daughter, is testing Moderna’s vaccine against COVID. His other son, Lochlan, 2, is also participating in a trial to improve the meningitis vaccine.

“I would never, ever want someone to go through the pain of losing a child. It’s devastating beyond what you can imagine“Rebecca told CNN. “This will keep your children safe. It will keep those who cannot get vaccinated safe. We want to be part of that, ”said the mother.

The doctor CJ Bui He is a pediatric neurosurgeon. His wife, the doctor Erin Biro, is also a neurosurgeon. Both of them decided to enroll their three children in pediatric COVID-19 vaccine trials. Her 6-year-old daughter received her first injection on June 8; her 3-year-old son and 14-month-old baby received it eight days ago.

The medical couple evaluated the safety of vaccines for their children as parents and as doctors. If we don’t vaccinate children, “it will really be impossible to achieve herd immunity,” Dr. Bui told CNN.. Furthermore, “we are potentially one variant of eliminating all this progress,” he added. Her hope is that her children can safely return to school and play with their friends. “And for us, security meant vaccination,” he said.

Both Moderna and Pfizer continue their pediatric trials. Pfizer plans to apply for an emergency use authorization from the FDA for its vaccine for children 2 to 11 years of age next September. Moderna believes that its childhood vaccine could be available by the end of this year or early 2022.