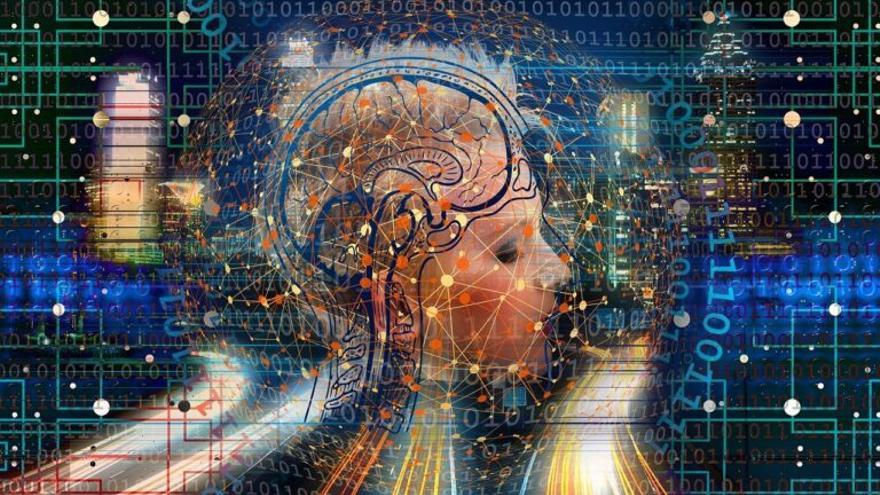 Without realizing it, we live in an underground mental war centered on the neocortex, the region of the brain involved in higher cognitive functions.

Powerful neuro-weapons are currently being developed or experimented with to prevent us from thinking for ourselves, according to the specialist in geostrategy and intelligence, Pedro Baños.

He adds that, thanks to technology, our species has achieved a particular form of immortality: we have deposited our soul in the cloud, where it will remain forever, with all our most intimate secrets and emotions, thoughts and weaknesses.

However, he warns that this technological feat has occurred at a very particular time for our species: we are living in a Geopolitical Matrix in which the reality we perceive of ourselves and where we are going is an illusion created by the elites to consolidate their global power.

In this way, to the illusion of immortality is added another mirage no less disconcerting: the one that leads us to believe that we are part of an organized civilization that walks together towards a common and sustainable progress, in which our immortal soul is safe thanks to to the cloud of information we share. Nothing is further from reality.

Penetrating the tangle It is not easy to discover the mental tangle we are in because it is perfectly concealed in the recesses of our mind.

The only faculty that sets us free is lulled by the charms of technology, which immerse us in an information and leisure space perfectly designed so that we think as little as possible.

However, Baños has taken the trouble to analyze and reveal what is happening to us behind the scenes as a species and has documented it in three emblematic works that constitute an exceptional intelligence report on the best kept secrets in the world today.

In reality, according to this research, we live in a world dominated by elites who have achieved the power to create mass culture and who hide, behind that humanist ideal that most of us share, the true engine of our history, which does not it is other than the desire for power and to dominate the world by a minority.

First, by a minority of countries: the most important of which is the United States, whose military capacity far exceeds those of its two immediate rivals: Russia and China.

Second, by a minority within those countries: powerful multinationals and investment funds, which have acquired the ability to control political decisions and have infiltrated democratic institutions to pervert them and make them share in their ambition.

Technological perversion The third key to this covert reality is how technology, champion of the most significant progress ever achieved by our humanity, is also being perverted by these elites to subject our minds to what the author of this research calls the “dictatorship of the microchip.”

If in his first two works, This is how the world is ruled (2017), and World dominance (2018), Baños made it clear that these hidden powers develop a cultural geopolitics to influence society through the media, social networks, art and culture, in the third part of this trilogy he delves into what he calls The mental domain.

In this third installment, he reveals the hidden side of technology: what is happening behind the revolution brought about by scientific disciplines such as neurosciences and associated technologies, which arose for medical purposes: they are discreetly gearing up to get us to think according to cultural patterns that homogenize thought and silence discrepancies.

The dark side of technology

The dark side of technology In reality, we have become the digital vassals of this entire technological underworld, in which the Internet of things has opened the possibility of total control of the lives of citizens, says Baños.

Technology has become the biggest trap against social democratization, since it allows an ever greater manipulation of the human mind, imposes unique thinking and has even acquired the ability to direct the vote, he adds.

According to this research, the human mind, turned into the holy grail of manipulation, is the black hole that swallows all the technologies that try to confuse it: it becomes the weakest link in the computing cloud where people’s thoughts and emotions are stored. .

Horror museum Among those dark side technologies are the surveillance and manipulation of emotions through brain waves, neural dust (a microchip that implanted in the body can transmit biometric information to a computer), the duplication of the brain to model the taking of decisions through a second voice inside our head. Are some examples.

This museum of horror, as real as the epidemics and natural catastrophes that we suffer, is completed with mental transhumanism, which allows, among other things, to extend the cultural domain through the manipulation of metabolism, what DARPA calls biorevolution, and neurostimulation, the greatest potential so far to manipulate the mind in favor of specific religious and social beliefs.

A future variable of the perversion of transhumanism is to genetically modify soldiers: immune to fear and pain, and devoid of all feeling, they will become more devastating than nuclear weapons, according to experts consulted by Baños.

Beyond This beyond technology is specified with secret experiments that, according to Pedro Baños, are developed in the field of neuroarms: they include sonic warfare, electronic bullying, the use of ultrasound and infrasound to disturb the natural balance of people, and the use of psychochemicals (used in medicine) to achieve changes in personality favorable to hidden interests.

Pedro Baños shows, in a well-documented and rigorous way, that we are in the midst of a mental war aimed at the neurocortex, the region of the brain that defines the new war context, based more on the mind than on the physical world.

This context is well reflected with an example: the intelligence community known as the “five eyes”, made up of analysts from the United States, United Kingdom, Canada, Australia and New Zealand (no one from the EU), has formed a unit so called of “cyber magicians” to use brain techniques of social manipulation, as revealed by researcher Musa Khan Jalalzai, cited by Baños.

The reality is that we are not in Huxley’s happy world, nor in a scenario that cannot evolve beyond where we have arrived today, as the culture that the induced models we are in has imposed on us.

Human potential remains intact and we can and must devise formulas to not give in to the thrust of mental warfare and to keep our ability to think for ourselves active, concludes Pedro Baños in his latest work.

The mental domain. The Geopolitics of the mind. Pedro Baños. Ariel, Barcelona, ​​2020.