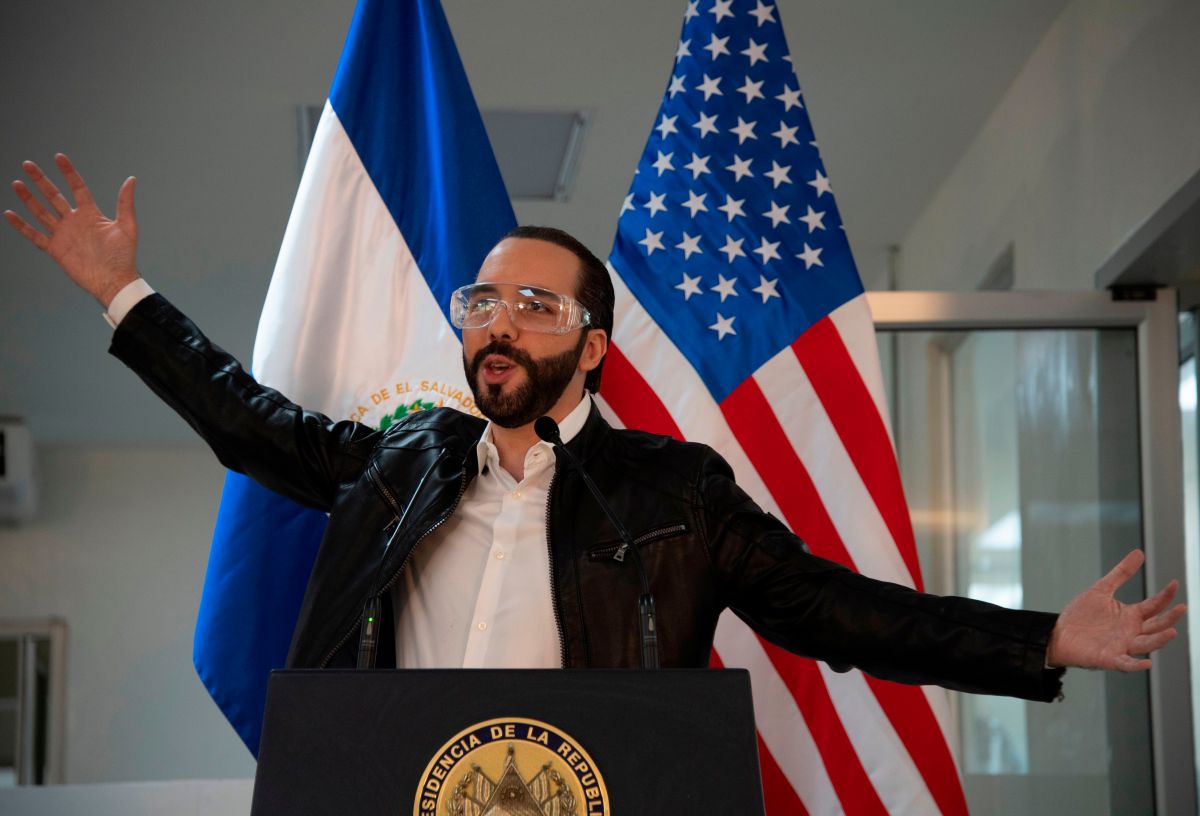 Kamala Harris does not see with good eyes the dismissals in the Judicial Power of El Salvador, which would accumulate power in the president of that country Here’s to watching.

The vice president highlighted on Tuesday the challenges of Latin America and its relationship with the United States, and emphasized the prevalence of democracies in the region.

Harris was one of the speakers at the 51st Annual Conference on the Americas, organized by the Americas Society/Council of the Americas, in which several members of the Administration of the president, Joe Biden took part.

Throughout their speeches, the US officials insisted on the commitment of their Executive to collaborate with the countries of the region.

“In many ways our destinations are intertwined, and this is especially true with Latin America, one of our business partners that is growing the most”, the vice president pointed out.

“And our relationship is greater than trade,” continued Harris, who nonetheless acknowledged that it is “complex,” sometimes even “incredibly complex.”

In this sense, he considered that it is “imperative” to promote democracy and good governance in the region, as well as prosperity and security.

And he emphasized the fight against corruption in the Northern Triangle -Guatemala, Honduras and El Salvador-, since as long as this scourge persists, he warned, progress is not possible.

The US Government is interested in improving living conditions in these nations so that their citizens choose to stay in their places of origin and not undertake migration north.

Harris explained that his Administration is focused on addressing factors such as hurricanes, pandemic, drought and food insecurity, as well as “root causes” of immigration, such as corruption, violence, lack of good governance and poverty.

But no matter how many efforts the US puts in “Stop violence, provide disaster relief, tackle food insecurity… We will not make any significant progress if corruption persists in the region”, remarked.

Harris affirmed that history has shown that when there is corruption, one step forward is two steps back, and issued a warning to El Salvador after the dismissal of judges of the Supreme Court of Justice (CSJ) and the attorney general.

“Just this weekend we learned that the Salvadoran Parliament acted to undermine the highest court in the nation”, the US official began, who recalled that an independent Judicial Power “it’s crucial” for a healthy democracy and a strong economy.

The @VP Kamala Harris participated in the 51st Conference on the Americas, organized by @ASCOA, and asked to act before the dismissal in El Salvador of the magistrates of the highest judicial instance. He also spoke of the plans that the US has with Latin America. I open thread. pic.twitter.com/ROmE5n2iRC

Another of those responsible for the Biden Government who spoke about immigration during the conference was the Secretary of Homeland Security (DHS, in English), Alejandro Mayorkas, who focused on one of his main initiatives, announced this week, the reunification of families. separated immigrants.

On Monday, the US reported that it was going to begin the reunification process of some of the immigrant families separated by the government of former President Donald Trump (2017-2021).

This Tuesday, the US will allow the entry of four women from Mexico, Guatemala and Honduras, who were once taken away from their children at the border and deported to their countries of origin, so that they can meet with them.

Mayorkas reiterated that after these women there will be more families and that the US Government will reunify immigrants “as quickly” as possible.

“Our vision of immigration management and the immigration system is based on the belief that people should be treated with dignity and respect,” Mayorkas assured, adding that this is compatible with the application of the law and the maintenance of a secure border.

VENEZUELA IN THE POINT OF VIEW OF THE USA

Beyond immigration, the Secretary of State, Antony Blinken, set out in a recorded speech, unlike the rest that was live, the priorities of the US Executive in the region: “Revitalize” supporting democracy, fighting the pandemic and improving economic conditions.

On the first point, the Minister of Foreign Affairs asked to join voices to defend democracy in Latin America and request an electoral reform in Nicaragua.

In his address, Blinken urged the countries of the region “to speak with one voice” to urge the Nicaraguan Government to carry out “the electoral reforms necessary to guarantee free and fair elections this November.”

He also encouraged the Haitian Executive to organize fair and free elections for the end of this year and dedicated a good part of his speech to Venezuela.

In this regard, he requested “Condemn those who have trampled on democratic and human rights” in the Latin American country and accused the Government of the President of Venezuela, Nicolás Maduro, of “systematically” repressing the rights of citizens.

“Their abuses, corruption, mismanagement … have fueled the humanitarian crisis (in Venezuela) leaving millions with nothing to eat or access to life-saving medical assistance, and displacing millions”, Blinken listed.

The head of US diplomacy announced that his government will continue to work with allies in the region to “alleviate the suffering of the Venezuelan people and exert pressure on the regime.”