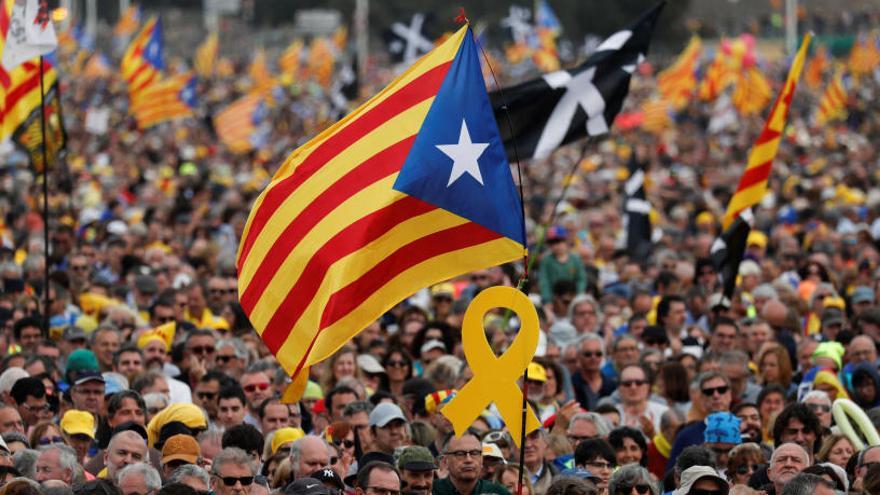 The great nationalisms, in their different aspects and times, have always been accompanied by expansionist yearnings, from Alexander the Great and Julius Caesar to Hitler and Stalin through Napoleon, with the modest contemporary local examples of the Basque Country and Catalonia. The former never constituted a state of its own and yearns to integrate Iparralde, the French Basque Country, officially the region of Nueva Aquitaine, department of the Pyrenees-Atlantiques and whose capital is Pau, former seat of the Parliament of Navarra, an autonomous community also claimed. that it was a kingdom and would have a historical justification for wanting to annex the Basque territories and not the other way around.

Regarding Catalonia, it is also necessary to speak of those excessive desire to form the ‘Catalunya Gran’ of Prat de la Riba, or the ‘Nació Catalana’ of Rovira Virgili, nowadays converted into ‘Països Catalans’ whose traditional map, based only on a supposed linguistic unit, ranging from Salses, north of Perpignan, to Guardamar, ignoring the rest of the Vega Baja del Segura by Spanish-speaking, when this region belongs to the old kingdom of Valencia no less than since 1304, with the Arbitration Sentence of Torrellas .

Within the Crown of Aragon, which the Catalanists falsely call the Catalan-Aragonese Confederation in order to give themselves prominence, there were three kingdoms, Aragon itself, Majorca and Valencia, to which add the group of Catalan counties under the rank of principality although there was never, as such, no appointed prince of Catalonia.

Miguel de Cervantes was a Catalan native of Jijona, his name was actually Miquel Servent, he originally wrote the ‘Quixot’ and was forced to translate it into Spanish. This is said and disclosed by the writer and philologist Jordi Bilbeny, the one who also reaffirms himself in the Catalan nature of Christopher Columbus who left for the Indies, not from the port of Palos, but from Pals, in Gerona.

Precisely all these fallacious ones should be reminded of what Cervantes says in the mouth of Don Quixote: “History is like a sacred thing because it must be true.”

There are many more delusional cases that Catalan expansionist nationalism is spreading through social networks and addicted media, including our Community where, to give just one recent example that affects us, three months ago the magazine ‘El Temps’, sponsored by the Generalitat Valenciana, published an article entitled “A Catalan island: Nova Tabarca”.

The thing about the Catalan Countries is an entelechy, they have never existed more than in the imagination of the annexationists of the north, with an early complacency of socialism where Narcís Serra, when he became mayor of Barcelona, ​​approved to label with that name the great square that there is in front of the Sants railway station.

And the surrender of this State government to Catalan separatism has the most repudiable version in the agreement of the Senate Board, with a socialist majority and the support of the PNV, to validate the term Catalan Countries when the sovereignists present initiatives. And incidentally, they force the PP not to use the term Valencia in writing, but the official Valencian term, with the accent mark. In this regard, why when speaking in Spanish we have to say Girona or Lleida when the Catalans write and label in their language on the Saragossa and Terol roads, their official names being Zaragoza and Teruel.

Apart from article 145.1 of the Constitution, which does not admit the federation of autonomous communities, it is curious that the Pan-Catalanists do not allude to the right of self-determination, in this case of the Valencian people, when claiming the annexation of our Community whose citizens They are, by the overwhelming majority, against integrating in Catalonia, where they would be swallowed up, definitely losing a glorious past, with achievements such as being pioneers in institutions such as the Tribunal de las Aguas and the Consolat del Mar, in the manufacture of paper, the printing press. and the bill of exchange, with a literary golden century of writers in the Valencian language such as Joanot Martorell, Ausias March, Roís de Corella, Isabel de Villena and many others.

Put to paradoxes, even the famous human towers called ‘castellers’ have their origin in the ‘Muixeranga’ of Algemesí, known as ‘Ball de valencians’, around 1247.

Who is silent grants because silence is an accomplice and in cases such as labeling as Catalan what is an unquestionable part of the Castellón, Valencian and Alicante past and present, it is necessary to denounce and reply from the political sphere, without ambiguity or half measures, such as fortunately it is already being done on this earth.