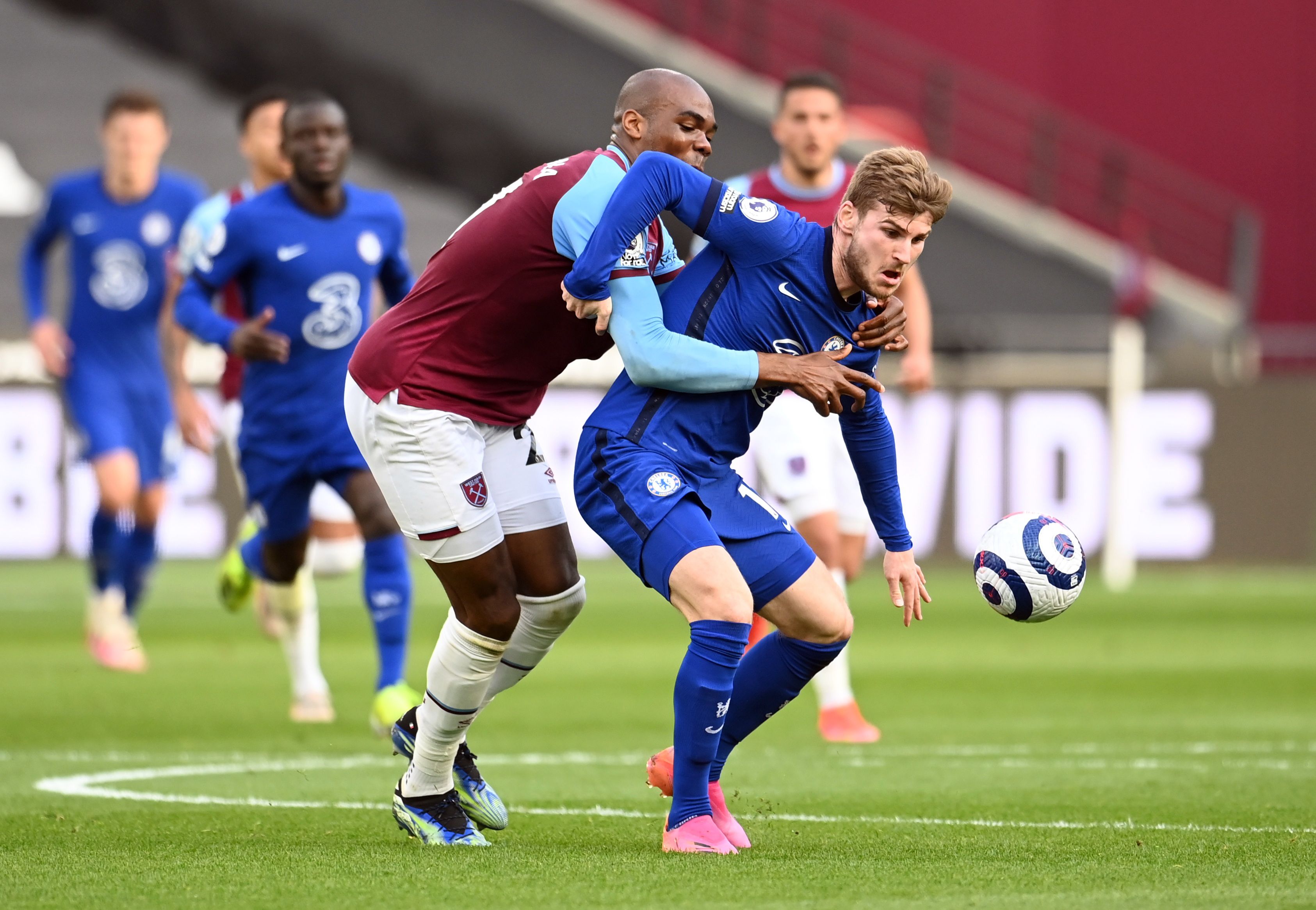 Chelsea prevailed at the West Ham stadium this Saturday. He won a tactical derby with a solitary goal by Werner, if by that means the triumph of automatism over free will, and solved a mystery that the crisis of the last week had highlighted. Both rivals appeared with the same points to dispute the fourth place in the Premier, last place with direct access to the Champions League. One, Chelsea, a member of big six, the group of the six richest clubs in England, with budgeted transfer spending of € 250 million; another, West Ham, with a spending of 50 million, delegate of the majority excluded from the frustrated European Super League. West Ham, a monument to the history of football founded in 1895, is the only club in the tournament that is debating to participate in the Champions League without enjoying the economic advantages of the big six. After 90 minutes, the open competition recalled that it is not necessary to reinforce the differences between rich and poor to guarantee the current the state.

Two teams faced each other that to some extent replicated their 5-2-2-1 schemes, so that, standing on the court, the players paired until the two formations were coupled. The lace locked the game. Moyes must have reasoned that if he put pressure on Thiago Silva, Kanté and Jorginho, Chelsea’s flow of play would be reduced to the point of exhausting their attackers. But the West Ham coach’s calculation did not give the expected result. Far from feeling tied down, Chelsea were comfortable drawing rivals into their field for their defensive cast to pitch long. The pumped passes traveled to Azpilicueta in one lane, Chilwell in another, and Werner between the lines.

The day served Tuchel to rehearse next Tuesday’s match in the Champions semi-finals against Madrid, which he also usually uses with a model similar to that of West Ham. If the occasion served as a drill, the presence of Azpilicueta as a long winger and Christiensen as a central defender on the right could anticipate a net against Vinicius. As West Ham did not play with such a marked winger in that position, Azpilicueta started in attack, becoming for a while the footballer who agitated the rival defense the most. They found him Christiensen and Silva, converted with Kanté, through long deliveries, the passers who broke the most lines on their team.

The course of the plays brought out the character of this Chelsea, so little imaginative to assault organized defenses as safe locked behind. Perhaps leaning on this reserved nature, and given that Jorginho found it difficult to associate with Mount to articulate a more or less staggered transition, Chelsea allowed themselves to dominate. In the first part and in the second. For an hour he conceded just two shots. Two shots more demanding than demanding. One from Soucek at the exit of a corner and another from Lingard from outside the area. The two hit Azpilicueta, ubiquitous and helpful as always. At no point was Mendy, the doorman, alarmed.

The blocking lasted until the 42nd minute. Then the routine of repeated actions ended up breaking in Chelsea’s favor. Silva came out playing at the time that Fornals came up to pressure him, and with a pass coordinated with the rival’s advance he discovered Mount from behind, who also waited for Soucek and Noble to go up to his area to unload on Kanté. The Frenchman, fast and trained in the mechanics of a combination dozens of times repeated, passed Werner. The German received his back in the gap between defenders and midfielders doomed to press, controlled with his right and took the ball with his left in a quick turn that left Ogbonna beaten on his less strong profile. With two defenders still waiting for him, Werner teamed up with Pulisic and broke into the small area. Pulisic, whose presence had been little relevant, opened Chilwell and the side slipped a first pass between the defenders. Werner intercepted him with one touch and went to the net.

The second half discovered two things. The urgency of West Ham to unprotect itself behind while trying to manufacture a goal play, and the notable difficulties of Chelsea to culminate occasions with sufficient spaces. Werner stood out for the frequency of his deflections and approaches, but without surpassing Fabianski in the area. The contributions of Mount, Pulisic, Ziyech and Abraham, although constant, did not finish to round off anything definitive, perhaps because the team’s priority always goes through accentuating its speculative condition.

“Keep order!” Tuchel shouted from the band. The order served as a warning to his players. They should not be distracted by setting up the advances too much, lest the priorities be mistaken. The important thing was the three points, the consolidation in fourth place with direct access to the Champions League, and the definition of an incomprehensible identity without a defense like a rock.