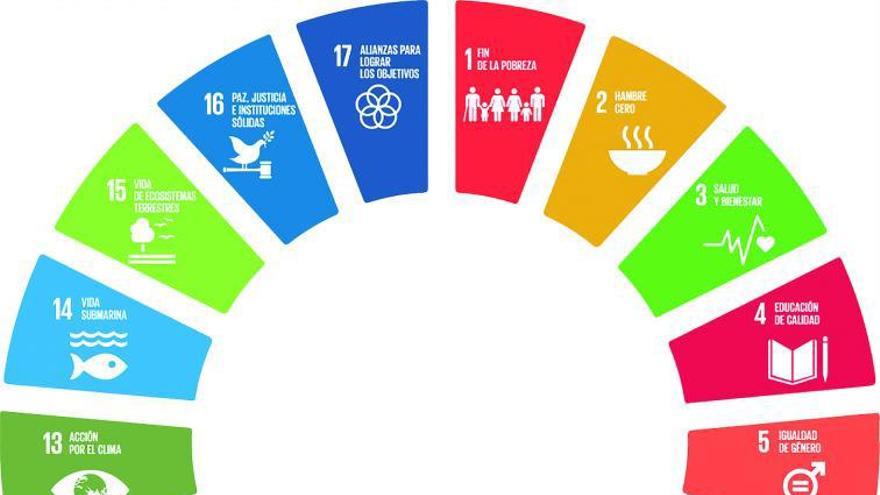 10% of the world’s population lives in extreme poverty. With the COVID-19 crisis, the progress made since 1990 (when the poverty level rose to 36%) runs the risk of being reversed. In Spain it is the objective with the most deficiencies. Seventeen cities are at very low levels of compliance and only one manages to reach the goal. “Without a doubt, the effects of the economic crisis still persist and will probably increase significantly with the current situation generated by the health crisis”, warns the REDS report.

About 690 million people in the world suffer from hunger. Of them, 135 million suffer from severe hunger and the outbreak of Covid-19 could double this figure. The world is not on track to achieve this goal, since if the trend continues, the number of people affected by hunger will exceed 840 million people by 2030. Spain follows in the wake of other countries, as it lacks self-sufficiency potential.

This goal has unexpectedly run into an unprecedented health crisis. Access to public and universal health care in Spain has more than met most of the health indicators worldwide, although the country continues to limp in aspects such as tobacco addiction and obesity. Experts consider that the resilience of the system should also be measured, given that “the extreme situation that has been experienced has revealed the weaknesses of our health system.”

Education is the key to getting out of poverty. Much progress has been made in the last decade, although around 260 million children are still out of school and lockdown has caused 91% of students around the world to be forced to leave the classroom. Spain has a very high value for meeting this objective: by cities, 22 reach the goal and only one is at the lowest level.

Many steps forward have been taken and Spain achieves a remarkable high in relation to the rest of the countries of the world. However, there is still a lot of discrimination that leads to the role of women in society not being equivalent to that of men and that machismo often ends in violence against women and girls. In Spain, 45 women were murdered at the hands of their partners or ex-partners in 2020.

One in three people does not have access to drinking water and two out of five people do not have a basic facility for washing their hands with soap and water. In Spain, compliance is quite high, given that there are 14 cities that reach the maximum level and only three are in the lowest valuation.

Most countries are moving towards this goal, as the shortage of fossil fuels and pollution has precipitated the taking of forceful measures. Spain has a “very outstanding” evolution and is close to reaching the maximum thresholds in this regard. However, the privilege of Spain shows that there is still a large gap between countries, since 13% of the world’s population still does not have access to modern electricity services.

With the 2020 health crisis, the International Monetary Fund (IMF) predicts a global recession as bad or worse than that of 2009. About half of all workers globally are at risk of losing their jobs. Even before the pandemic, in Spain the situation was not excellent, but not entirely bad, although it flagrantly failed in aspects such as youth unemployment.

Innovation and technological progress are key to economic and environmental challenges, such as increasing energy and resource efficiency. Globally, R&D investment reached 1.7% in 2017, but in developing regions it was less than 1%. Spain, with an investment of 1.2% in R&D, requires much more effort.

The health crisis has intensified existing inequalities, hitting the poor and vulnerable most of all. It has not only exposed economic inequalities, it has also amplified them. In our country it is one of the objectives with the lowest indicators and where more work is pending.

With the urbanization of the planet, it is necessary to ensure that these centers of wealth are kind to the environment. They represent around 70% of carbon emissions and more than 60% of resource use. Spain is failing miserably in this objective, in which it has “quite negative” values, despite municipal efforts to improve pollution and ensure access to quality services.

Changing the way you consume is essential to alleviate poverty and move towards green economies. Spain has not reached this goal in any of its cities and, furthermore, it lacks data to assess the levels of sustainable consumption or production, since it is basically focused on recycling.

Despite everything, temperatures continue to rise above acceptable maximums. The objectives have not been met and Spain is very far from the path to achieve it, by failing in the aspects that have to do with pollution. One of the problems is that this is not a separate objective from others, because it is a “complex, multi-causal and multi-level” problem, which must be tackled with coordinated, sustained, forceful and global action.

The ocean is a fundamental asset to make the Earth a habitable place. We are living a continuous deterioration of coastal waters, due to pollution and acidification of the oceans, which is having an adverse effect on the functioning of ecosystems and biodiversity. Spain has stagnated, despite being surrounded by the sea, in relation to the quality of the waters of our seas and oceans.

The misuse that humans have made of the terrestrial environment leads to the loss of species, the desertification of the soil and the appearance of new zoonotic diseases, such as covid-19. All of this will be exacerbated by climate change, which is why, to bring life to the world’s degraded ecosystems, the UN has declared the Decade for Ecosystem Restoration (2021-2030). Our country is in an unfavorable situation in this regard.

The number of people fleeing world wars, persecutions and conflicts exceeded 70 million in 2018, which was the highest number recorded by the United Nations in almost 70 years. Conflicts and insecurity in different countries are a serious threat to sustainable development, but fortunately, Spain is one of the countries with the best scores in this regard. Spain achieves notable values ​​worldwide, and, furthermore, it still has the capacity to improve in municipal aspects.

SDG 17: Partnerships to achieve the goals

Having to meet all the Sustainable Development Goals from a global perspective, it is absolutely necessary that strong global alliances be created between countries. In Spain, although the situation can be improved, there have been important efforts in the matter, both at the state and municipal level. In fact, 18 cities are at the highest levels when it comes to establishing alliances.

Francisco Lombardo is president and general secretary of the Water Economy Forum, co-author and coordinator of the White Paper on the Water Economy. His desire to promote the Sustainable Development Goals has led him to found the BforPlanet initiative, held in Barcelona and in which different experts have presented strategies to apply the SDGs to the business world.

In what state is the achievement of the SDGs all over the planet?

It is in very different situations, depending on the place we analyze, since it is linked to elements such as economic development and social and environmental advances. The achievement of the SDGs goes through a systemic dialogue at the international level, for which it is necessary to build bridges between companies, governments, NGOs, civil society, academia … and even religious institutions. This is precisely the reason for being of BforPlanet: to promote alliances between all the sectors involved.

Looking at the current situation, are the SDGs achievable in 2030?

The health, social and economic crisis derived from covid-19 has marked a fundamental change in the needs and priorities of the countries. For this reason, advancing the 2030 Agenda, more in force than ever, is vital at a time like this, in which the world faces its own “reinvention”. We must not understand 2030 as a deadline, but rather as a roadmap for post-covid economic and social recovery.

What would you say our country should do to move forward in the coming years and achieve the goals?

The Government has recently presented its Spain 2050 strategy, which includes a series of recovery and transformation measures for the country in the medium and long term, with sustainability as a strategic vector and, naturally, aligned with the SDGs.

Some cities have already reached the goal set, can they go back in the next nine years?

I believe that we are more prepared and more aware than before to face large-scale challenges, which does not prevent the possibility of setbacks or some cyclical paralysis in the achievement of the objectives at the same time, but, with a clearly marked path, progress they would not be long in coming.

One of the goals with the worst score in our country is poverty, given the continuous crises that are affecting Spain. Is it possible to reverse the situation in less than a decade?

The Spain 2050 strategy and the Next Generation funds will be essential to tackle poverty. I want to believe that we are still on time, although it has become clear that the crisis caused by covid-19 has kept us from compliance. But the SDGs are precisely an opportunity: the guide by which it is possible to face current problems and reposition the human being in his relationship with the planet and with himself.