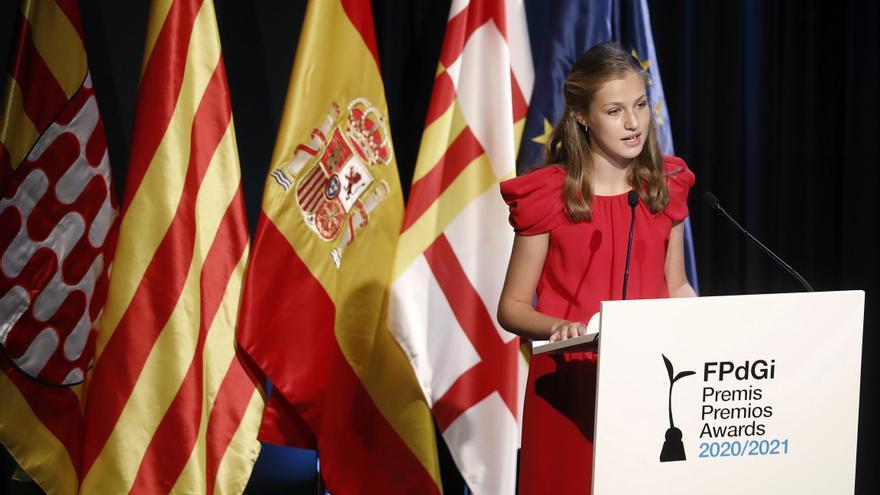 The Spanish Constitution has 169 articles and 11 provisions. The word “woman” only appears twice in the whole text: once to refer to marriage and another to privilege the male in the line of succession to the Crown. Has the time come to review the Magna Carta so that it is more egalitarian and representative and better protects women from discrimination and violence?

The Minister of Equality, Irene Montero, has proposed in the Congress of Deputies that a constitutional reform be made to protect the rights of women.

“A feminist country must have a Feminist constitution. There is a social majority that wants to advance in equality, the fight against sexist violence, the consolidation of sexual and reproductive rights and the protection of care and family diversity as structuring principles and rights of our political community. We think it is time to reflect on whether this social and political consensus should also have a constitutional normative translation, “Montero defended before the Equality Commission of the Lower House.

A social pact of men

Octavio Salazar recalls that the Constitution was a pact of social coexistence “very patriarchal”, with minimal female participation and in which the contributions that could be incorporated on women were “very little relevant”: “The text, from the language itself to how it states citizenship, fundamental rights or the powers of the State would need a thorough revision gender perspective, I would go further, a feminist review, “he defends.

The Constitution is a framework, a set of fundamental principles and references that have an important symbolic weight and some pedagogical principles of coexistence. It ensures that all Spaniards are equal before the law.

Spaniards are equal before the law, without any discrimination on the basis of birth, race, sex, religion, opinion or any other personal or social condition or circumstance.

Salazar acknowledges that from 1978 until today much progress has been made in terms of equality thanks to the passing of numerous laws that have meant a “very significant advance”, but he emphasizes that the constitutional text does not reflect key issues for equality such as the rights and duties of co-responsibility, the importance of care work, does not consider as fundamental the sexual and reproductive rights -which would avoid that “the abortion question was always subject to political ups and downs” -, nor does it incorporate the principle of parity.

The right to live a life free of violence

“Democracy can only be equal, men and women should be present in all the institutions and powers of the State, it should be a constitutional principle. (…) And it would not hurt if the right to live was recognized as a specific right a life free of violence, “he adds.

Salazar considers it necessary to change the language of the Magna Carta to make it inclusive (speak, for example, of the Ombudsman’s Office), but also include as fundamental rights access to social and health services, care for dependents, care: “Recognizing them would mean not leaving them in the hands of the political will of the moment“The expert emphasizes that the constitutional model has been made with its back to those spaces that women, the family, care, and the domestic sphere traditionally occupy. stewardship should be present in a reform of the Constitution. And, of course, that the revision was made by a parity power.

Although article 14 proclaims the equality of all Spaniards without discrimination being able to prevail, within the Constitution there is an article that contradicts the constitutional text itself, 57, which establishes the succession to the throne and premium to the male about the woman.

The magistrate of the TC María Luisa Balaguer insists that the women did not intervene directly in the preparation of the text, they were not part of the political agents and social forces involved in it, such as the Catholic Church or the ArmyTherefore, the precepts relating to the female half of the population were left wide open.

“It had several open precepts, such as article 15 with the right to life, which gave the option to legalize the abortion -as it happened in 85-, but there is no a feminist perspective. The woman obtained article 14 of equality and 32, with respect to the equality of children, “he explains.

A feminist perspective in the Constitution would provide greater protection to women and could, for example, facilitate reforms in the Family right in terms of co-responsibility and diversity, or to develop “an article that tries to compensate for the inequality that women have suffered historically”: “The first element of inequality is the body, its instrumentalization. (…) The woman is still an object in many acts of social life, notably in prostitution and pornography“, he says. He also mentions surrogacy and gender violence.

Now, Balaguer denies that the Magna Carta hinders the achievement of equality and highlights the development of very important legislation in recent years, such as the law against gender violence: “The Constitution does not distort equality, it favors it”.

The royal family during a ceremony for the Princess of Girona Foundation Award (FPdGi). Andreu Dalmau

“For example, article 10 speaks of the free development of personality and dignity, this serves as a lot of intellectual support for the issue of prostitution, because it could go against the dignity of people, or against surrogacy, because the concept of gestating for third parties may be contrary to dignity. There are many mechanisms in the Constitution, of support, but the basis of abstraction to the materialization of the norm requires political will and certain governments have been able to further favor or delay this type of legislation “, he develops.

Balaguer emphasizes that the Constitution doesn’t have to fix everythingInstead, the feminist perspective has to be in the collective mentality, in the pulse of citizenship for equality: “And it’s not easy at all,” he says.

“A constitutional reform could improve because it could detail more and, the more it is detailed, the less margin the legislator has, but in principle it is much more important that there is a social awareness of equality,” he reflects.

“The Constitution obliges us to move towards equality”

María Luisa Segoviano, the only woman who holds a presidency of the Supreme Court, nevertheless considers that the Magna Carta “has a very correct perspective of equality, even though she is more than 40 years old and only men wrote it:” I think that this This framework not only allows us, but forces us to move towards equality “.

The Supreme Court magistrate asserts that the constitutional text has not taken all the advantage and performance that could be obtained from it in matters of women’s rights. And it says so not only because of Article 14, which proclaims the equality of all Spaniards before the law without any discrimination, among other elements, on the grounds of sex. Segoviano places a lot of emphasis on article 35 “to which due attention has not been paid and which is fully up to date.”

All Spaniards have the duty to work and the right to work, to the free choice of profession or trade, to promotion through work and to sufficient remuneration to satisfy their needs and those of their family, without in any case being able to discriminate on the basis of sex.

“Already in 1978 the Constitution addressed issues that are still being raised today, such as that there can be no wage discrimination, gender pay gap. But in practice it has not been taken to its ultimate consequences, we have not respected what the constitutional text says, “the magistrate emphasizes.

Segoviano refers to the fact that women do not reach positions of special relevance to which men do -both in companies and in the judiciary itself-, to the gap in salary and pensions, to the higher unemployment and worse pay of feminized professions …

“Article 35 must be re-read, it would be essential to put it into practice because we have recognized formal equality before the law, (…) but reality is stubborn and shows that it does not occur in practice,” he insists.

The judge is convinced that the framework offered by the Constitution “allows perfectly”, and beyond that, “forces us to advance towards equality.”