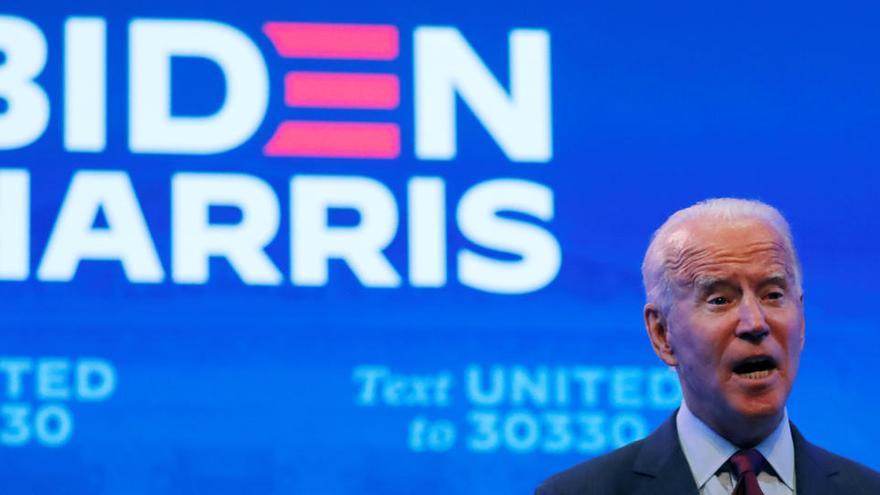 This comes from the fact that I confess my gross ignorance as to the result of the North American elections on Tuesday. I know what I would like and what the polls give as most likely, which fortunately coincide, but I would not dare to put my hand on fire because Trump has a very solid base and was also given as a loser in 2016 and ended up winning . And Biden’s overall lead, down to 9 and 10 points, narrows sharply in crucial states like Wisconsin, Minnesota, Pennsylvania and is a toss-up in Iowa, Florida, North Carolina, Arizona and a few more. Furthermore, surveys are wrong because they are not perfect and because respondents hide their true intentions. So anything can happen, from a triumph by a Biden win to another by the hair, without ruling out that Trump may revalidate the presidency no matter how remote that last hypothesis seems to political scientists, who are also frequently wrong.

What seems clear is that Biden is guaranteed the popular vote … just like Hillary Clinton, who ended up losing. The proverb advises not to sell the bear’s skin before killing it and it is very wise advice. If Biden wins or if Trump wins, many things will change that will affect first of all the Americans and then the rest of the inhabitants of the planet, which for something the US is the first world power. The very celebration of the Halloween party, so far removed from our customs, shows the global impact of its culture. Because both candidates have different ways of understanding the fight against the pandemic; the management of the economic crisis; tax policy; relations with other countries, organizations and international alliances; climate change and the environment; the fight against poverty and growing inequalities; the use of fossil or renewable energies; the management of migratory flows; international trade and relations with China; the future of effective multilateralism; or racial issues, among many other issues.

But all of the above being true, there are things that will not change overnight, no matter who wins on November 3. I am referring to populism and its corollary of tension and polarization

social and political that are great evils of our time. Not only in the US, but also in Spain and elsewhere. As an example, the new Supreme Court Justice Amy Coney Barrett,

she has been elected by 52 votes to 48, without a single vote from the minority party and that is the first time that has happened in the 231-year history of the TS. But Trump is not the cause but the consequence of previous factors that motivate this undesirable radicalization of which Iglesias and Abascal, Le Pen and Salvini are also shown or, when things are pushed to the limit, Golden Dawn in Greece. And that bad Trump copy that is Boris Johnson. Not to mention the Orban, Kaczynski, Erdogans and so many others. There are too many populists as there are too many nationalists, they are even worse when they coincide or are allied, and the paradox is that both have the same origin.

The fault lies in a deregulated and excessive capitalist system that has not been able to accompany the economic growth of recent years with an equitable distribution of benefits, so that the relationship that existed after WW2 between growth has been broken. of the economy and the growth of wages. The system, engrossed in earning more each day in any way, did not perceive that globalization (which has many positive aspects) was causing undesirable business dislocations that with their pitiful salaries did not benefit the host countries either. Worse still, because that rapacious and inhuman capitalism was not able to foresee the technological innovations that are happening at an exponential rate and that, at least in the short term, cause unemployment. The consequence is more poverty, more inequalities between and within countries, more anguish and more uncertainty that is aggravated by the arrival of the economic and social crisis caused by Covid-19 when the wounds of 2008 have not yet healed. Under these conditions, can anyone be surprised that there are populists who want to bring down the system as it is conceived, or that there are village nationalists who want to build a wall because they think they would do better? Their problem is that they are correct with the diagnosis but are wrong with the medication because it is not by tearing down how it is built or by raising walls that wealth is created.

Biden has promised that if he wins he will try to unite and rule for all Americans and that in itself will be a big change. But these fractured societies won’t heal on the 3rd of

November, just as the hegemonic competition between the great powers will continue.