If you are a driver and you have glasses, you will know that a code 01 appears on the back that shows that we use them and that we need them to drive, or we could be fined. Now, what is code 78?

If code 78 appears on your driving license, you can only drive automatic cars; For driving schools, this is a limitation that entails significant economic losses, which is why they ask for its elimination.

The numbers that appear on the driver’s license they are standardized observations (identical for all EU countries) that reflect the limitations and adaptations that affect both the driver and the vehicle he must drive.

They are all included in Directive 2006/126/EC and in the General Regulations for Drivers. The most common is the 01 that identifies those who need glasses or contact lenses; there are many more: from those that indicate that the car must have the adapted clutch (15) to the one that indicates that a driver cannot carry passengers (05.03). 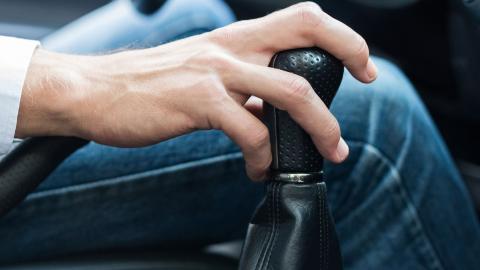 Code 78, the one that driving schools do not want

If you learn to drive and you take the test with an automatic car, once you pass, code 78 will appear on your license.

The downside of this number is that only allows to drive automatic vehicles (hybrids and electric among them); but it prevents the driving of the manuals since the driver has not received the necessary training for it.

Also Read  The main problems in the use of Big Data

Those who have been examined with an automatic car and want to also drive a manual, must pass a second exam with a car of these characteristics.

For the driving schools represented in the CNAE, code 78 causes a double negative effect: “on the one hand, it increases the demand for tests in the already overloaded examination system; On the other hand, students naturally prefer to prepare and take the exam in vehicles equipped with a manual gearbox.“.

“At the same time, this situation means that driving schools lack incentives to acquire electric, hybrid and plug-in hybrid vehicles, which are all automatic“, they allege from the confederation. “Obviously, this makes it very difficult to promote the use of vehicles powered by alternative fuels in general and electric vehicles in particular.“, they add

Other countries have already eliminated it

“We have to look at countries like Germany, Switzerland or Francewhich have established a system of education and tests for aspiring drivers that has allowed them to avoid the restriction of code 78″, explains Enrique Lorca, president of CNAE.

“Those who obtain the permit with said code then go through the driving school where they receive training that enables them to drive a manual gearbox vehicle, without having to take another exam,” he adds.

According to the president of CNAE, this fact has resulted in a significant increase in the use of hybrids and electric vehicles by new drivers; “since, thanks to the training received at driving schools, they have been able to familiarize themselves with the use of recharging points and perceive the advantages of these vehicles“.

At the same time, the training centers for drivers ask “a direct subsidy to driving schools, by the Administration, so that they can acquire electric vehicles“.

This article was originally published on Autobild ES.