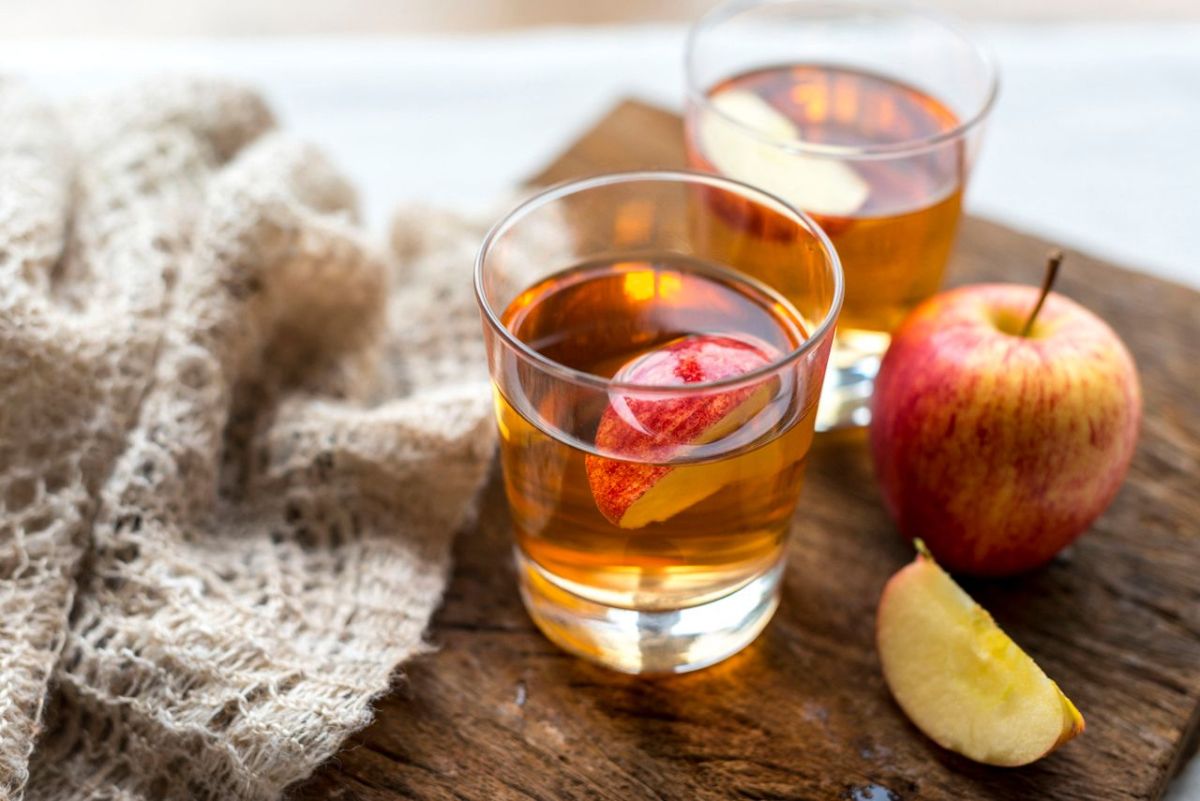 Who has not joined the popular trend of apple cider vinegar consumption As a powerful natural remedy, it is completely out of date. In recent years we have seen how various health experts, influencers and celebrities, do not stop talking about the immense benefits of this product. However, despite its benefits, it is worth considering an important side effect of its recurring intake: too much acid in the diet. Although there are interesting references, such as the statements of the University of Chicago School of Medicine that establish the consumption of this trendy superfood in small quantities as safe. When you consume too much apple cider vinegar, you are very likely to experience the impact of acid on various parts of the body, such as the teeth, bones, digestive system and kidneys.

It is undeniable that for many people integrating apple cider vinegar into their daily routine is not such an easy task, since they consider it too aggressive, due to its sour taste and therefore not so pleasant to eat directly. However, it is important to mention that many foods naturally contain acid and they are safe for human consumption and are even associated with great medicinal properties (as is the case with apple cider vinegar).

For more context: Ehe apple cider vinegar is made by combining apples with yeast, then the same yeast converts the sugar in the apples into alcohol. Bacteria are subsequently added to the mixture, which ferment the alcohol into acetic acid. Acetic acid makes up about 5 to 6% of apple cider vinegar and It has quite strong acidic properties when concentrated. In addition to acetic acid, vinegar contains water and traces of other acids, vitamins, and minerals.

It has numerous references that support the medicinal properties of acetic acid. Such is the case of a study released by the National Library of Medicine, in which it is confirmed that the acetic acid it contains apple cider vinegar is helpful in promoting fat burning and weight loss. In addition, it is associated with qualities to lower high blood sugar levels, increase insulin sensitivity and improve cholesterol levels. Unfortunately, it has been proven that consuming it in excess could be counterproductive and it causes some side effects.

Main side effects of excessive consumption of vinegar:

It is well known that one of the great qualities of apple cider vinegar is that it helps prevent blood sugar spikes by reducing the rate at which food leaves the stomach and enters the lower digestive tract. Nevertheless, this effect can cause or worsen gastroparesis, a condition in which the nerves of the stomach do not work properly, so food stays in the stomach too long and does not empty at a normal rate. Symptoms of gastroparesis include heartburn, bloating, and nausea. It is a very normal condition in patients with type 1 diabetes.

As we mentioned at the beginning, apple cider vinegar in excess, acidity increases and this can lead to quite unpleasant digestive symptoms. Various studies have found that apple cider vinegar and acetic acid can decrease appetite and promote feelings of fullness, leading to a natural reduction in calorie intake. However, a controlled study from a few years ago suggests that, in some cases, appetite and food intake may decrease due to indigestion. The study showed that some people who consumed a drink containing 25 grams (0.88 oz) of apple cider vinegar reported less appetite but also a significantly greater feeling of nausea. It was also found that too much vinegar can make gastritis and acid reflux symptoms worse.

The acidity of apple cider vinegar is simple, it degrades the enamel of the teeth and this makes us more prone to developing cavities. In a laboratory study, the enamel of wisdom teeth was dipped in different vinegars with pH levels ranging from 2.7 to 3.95. Vinegars produced 1 to 20% mineral loss from teeth after four hours. A good recommendation is to consume it with caution, diluted in water and always drink a glass of water afterwards.

The kidneys are responsible for processing, eliminating waste and excess fluid from the body. Maybe you didn’t know but they also remove acid produced by body cells and maintain a healthy balance of water, salts, and minerals (such as sodium, calcium, phosphorus, and potassium) in the blood. Therefore its excessive consumption, especially in the cases of people who suffer from chronic kidney disease or are prone to kidney stones; apple cider vinegar can overwork them and make them work hard.

There is some controversy in this regard, however there is a report in which large doses of apple cider vinegar (for a long period of time) are associated with low levels of de blood potassium and bone loss. In this research work, a 28-year-old woman consumed 8 oz (250 ml) of apple cider vinegar diluted in water daily for six years. The findings were compelling as he was admitted to the hospital with low potassium levels and other abnormalities in his blood chemistry. She was also diagnosed with osteoporosis, a brittle bone condition rarely seen in young people. The explanation of the specialists is that large daily doses of apple cider vinegar cause mineral leaching from the bones, to dampen the acidity in blood.

All these aspects lead us to the same question How much apple cider vinegar is healthy to consume? As we mentioned in a previous article, the daily consumption of large amounts of apple cider vinegar has been associated with a mineral imbalance in the body and various health effects. That is why various specialists in medicine and nutrition have established that the safe dose per day ranges between 2 and 4 tablespoons.

It is also important to consume raw, organic and unfiltered apple cider vinegar variants, which are distinguished by having a substance called “mother” on top that is full of therapeutic benefits. Therefore, good advice to start in a noble and not so aggressive way with the intake of apple cider vinegar, it is to consume 1 teaspoon a day. Try it for several days until you feel that you get used to the taste, after a week it will be much easier to gradually increase the amount of consumption and observe its effects on the body. Remember that you should always consume it under the framework of a healthy diet and lifestyle.