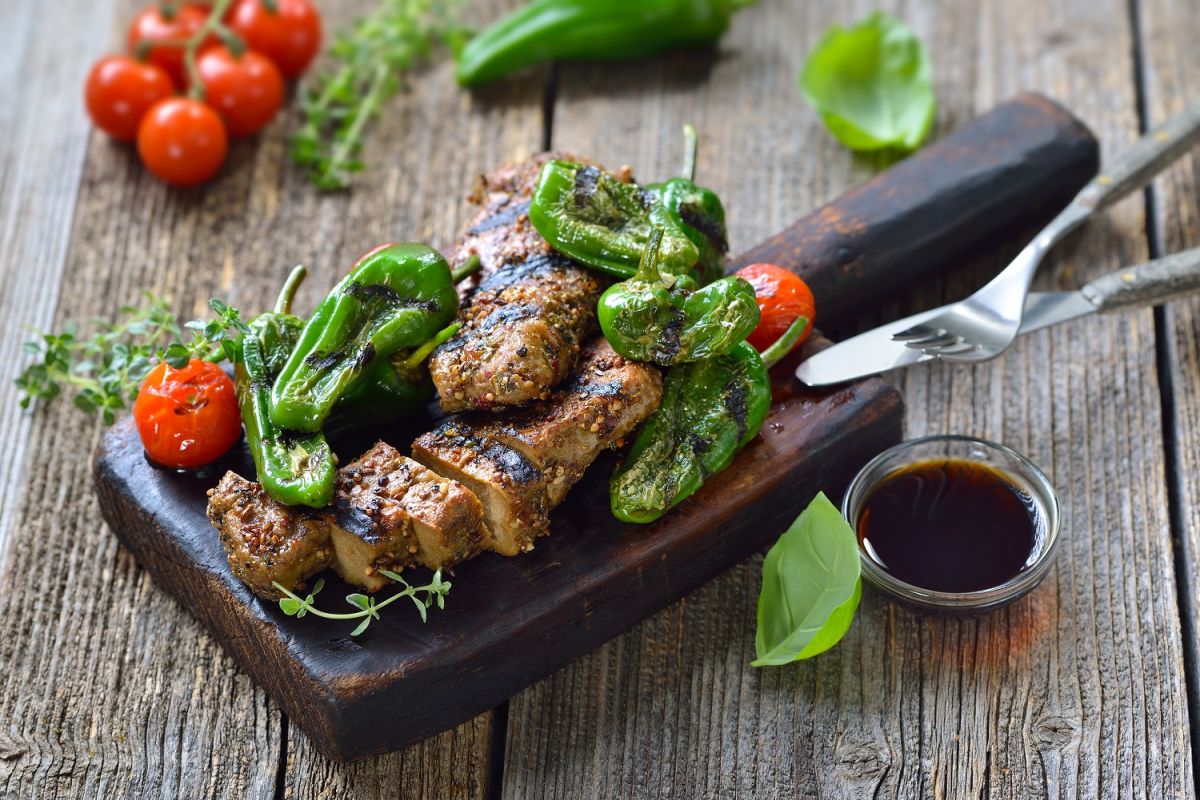 Seitan is an alternative to meat from wheat. Seitan is a food that has been consumed for centuries in China and Japan and is trending again because it is a product that when cooked it becomes surprisingly similar to the appearance and texture of meat.

It is a product that can be created into a “2 ingredient chicken replacement”. As shown in a viral TikTok video where @FutureLettuce teaches how with just flour and water, create a dough and then get a plate where seitan looks and falls apart like chicken meat.

“Wheat meat” has been documented since the 6th century in China. Seitan is also known as wheat gluten, wheat protein, or simply gluten. Seitan is the basis for many commercially available vegetarian products, such as deli tofurky slices, meatless sausages, fake bacon, and other products.

The popularity of seitan is due more to its meaty texture, more similar to alternatives such as tofu or tempeh.

How is seitan prepared?

Seitan is produced by kneading wheat flour with water to develop gluten protein strands. The dough is then rinsed to remove all starch. This leaves a dense mass of pure gluten protein that can be seasoned and cooked.

It can also be prepared by mixing vital wheat gluten (purified dry gluten powder) with water. Pre-made gluten can be found in many of the grocery stores in the refrigerated area. There are varieties such as ground, sliced, or shredded.

Seitan has a mild flavor similar to chicken or portobello mushroom, but it can acquire many more flavors according to seasonings and preparation.

How nutritious is seitan?

The exact amount of protein in seitan varies in some products that are marketed, some of them may contain soy protein or other legumes. A 3-ounce serving of seitan, or wheat gluten, contains between 15 and 21 grams of protein.

Seitan is rich in protein. However, it is an incomplete protein source. Healthline notes that this product contains very little lysine, an essential amino acid. So it can be very convenient combine it with other foods such as enriched nutritional yeast that contain complete protein.

Although it is nutritious, it is not safe for people with celiac disease and those on a gluten-free diet.

How to cook seitan?

Whether you make it at home or buy it ready-made, seitan should always be cooked. It can be grilled, baked, fried, steamed, and simmered.

One easy way is a quick stir fry with a splash of soy sauce. You can cut the seitan into strips or fajitas and lightly brown it in a skillet before adding the vegetables to make a vegetable stir fry.

Seitan is excellent grilled with barbecue sauce, can be skewered, and can also be cooked in soups and other stews.