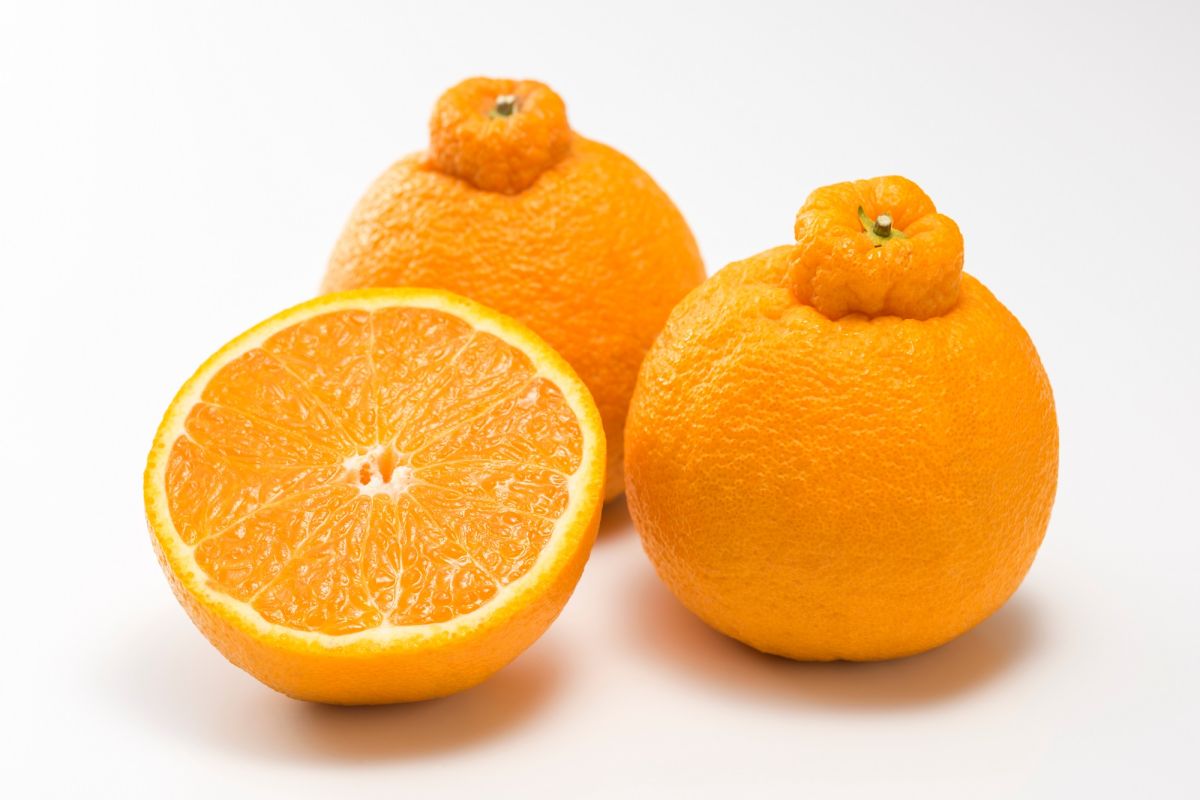 Sumo Citrus is a relatively new Japanese fruit. It is a popular hybrid in Asia that arrived a decade ago in the United States. It looks like a big tangerine, easy to peel and seedless, with an extra-sweet sweetness but with balanced acidity and complex aroma.

This fruit is sweet, aromatic, juicy but at the same time not very sticky. In appearance, it is like a large tangerine and it stands out at its top knot.

It is this peculiar fruit is not for sale throughout the year, which generates expectation and the impulse not to miss the opportunity to have it. The fruit is in supermarkets for four months, in a period from January to April.

Influencers are excited about Dekapon, and its growers attract consumers willing to shell out up to $ 4 per pound of fruit. Sumo Citrus sales have had significant growth in the last three years.

Actually, Sumo Citrus is the trade name of a type of fruit called shiranui, commonly known as Dekopon for its uneven skin and its knot. The fruit was born in the early 1970s. Sumo Citrus is a hybrid of navel oranges, grapefruits and mandarins.

It is just because of how the Dekopon looks, with a top knot like the one that a sumo wrestler has in the ring, is that the its first producers in the United States called it Sumo Citrus.

In the 1990s, when Japanese consumers began to appreciate its rich taste, Dekopon became the most precious and expensive citrus from that country, with a price of up to $ 10 each, according to an article in the Los Angeles Times.

After several attempts by various growers to grow Dekopon in the United States. Finally, Suntreat, now AC Brands, was able to legally establish shiranui groves in California, starting everything in secret from competitors.

Sumo Citrus began selling in 2011. Sales in the United States have increased about 35% each year since March 2018.

Every fruit is pampered

According to CNN, it takes a lot to make sure the Sumo Citrus fruits that make it to grocery stores are tasty enough as if to convince customers that they are worth the price. With the understanding that people will not spend on expensive fruit if it is not of great quality.

It takes four years of care before the trees begin to produce their sweet citrus fruits. Sumo Citrus trees are pruned by hand, and the skin of the fruit is so delicate that Each piece is put on a type of clay as a sunscreen during the summer. The fruit is also hand-picked and packed so that they don’t bruise on the way to the stores.

Sumo Citrus is “probably the most spoiled fruit in the world,” Jerry Callahan, group vice president of fruits and vegetables for a supermarket chain, told CNN.