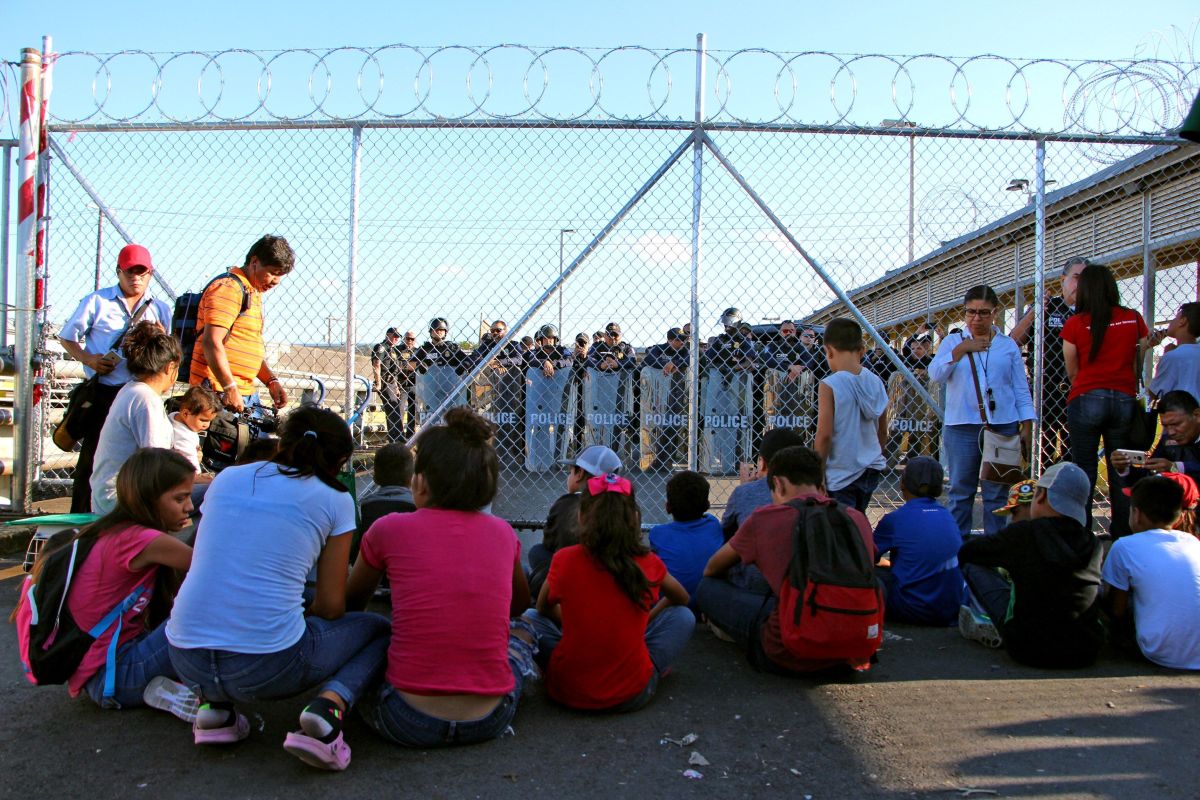 The Government chaired by Joe Biden announced this Friday the cancellation of an immigration policy of its predecessor, Donald Trump, which endangered those immigrants who appeared before the Department of Health to try to take in minors (mostly relatives) who had crossed the border alone and had passed into federal custody.

Trump allowed the Immigration and Customs Enforcement (ICE) collect information on the immigration status of those who come to look for unaccompanied minors and thus be able to deport them.

The immediate consequence was a decrease in foster care requests, which exacerbated the current crisis: more and more minors are arriving, and there is less and less space to keep them in federal custody. More than 3,000 are still detained by the Border Patrol despite the fact that it should legally pass into the hands of the Health Department in less than 72 hours.

“Anything we can do to encourage those family members and sponsors to come forward more quickly, we have to do it,” said a White House official.

The official pointed out that in this way the Government ensures that children “are not at Border Patrol stations for one second longer than necessary.”

The new understanding agreement signed this Friday by DHS and HSS seeks to promote the “transfer and care of minors quickly and safely,” they said.

This comes amid a worrying increase in the arrival of unaccompanied minors to the border against which the White House itself expressed its concern. “We have been very clear that there has been a rebound, that there are more children crossing the border. More than we can house, ”said White House press secretary Jen Psaki.

Pro-immigrant lawyers assure that with the agreement the minors will spend less time in detention, as their protectors “will not be afraid” to claim them.

“The immediate benefit is going to be that minors will get out of jail faster. They will not spend that long in detention centers “since” the sponsors are not going to be afraid “of facing problems with the immigration when claiming the care of the children, lawyer Stacy Ehrisman told Noticias Telemundo.

The lawyer pointed out that the Biden Administration has substantial challenges in immigration matters, but that this Friday’s agreement “is a step in the right direction.”

In February alone, the Border Patrol detained 9,457 minors who were not accompanied by an adult and, so far this fiscal year, that figure reaches almost 30,000. And, according to DHS estimates, some 117,000 migrant children will cross the border alone in 2021.

Many minors who have not been able to be referred with a relative have been transferred to centers used by the Trump Administration that the White House reopened. “They reopened because they couldn’t cope. No matter how much you try to do [cambios] the problem is not going to be 100% eliminated, ”immigration attorney Alejandro Sanmiguel assured Noticias Telemundo.

Customs and Border Protection (CBP) detailed that more than 3,000 children who arrived alone this fiscal year are under 12 years old. Legally, the processing of minors is different from that of other migrants, and they must go to the shelter network of the Department of Health and Human Services in less than 72 hours.

The Secretary of National Security, Alejandro Mayorkas, who visited the border last week, said they were working to speed up the process of identifying as soon as possible the relatives or sponsors of each minor in the country, if they have them, so that they spend the least time possible in federal custody.

The border remains virtually closed to adult immigrants arriving without children, who are immediately returned under an order still in effect issued by former President Donald Trump to close the border due to the pandemic. However, minors and families are allowed their asylum applications, in a policy change implemented by Biden after his arrival at the White House.