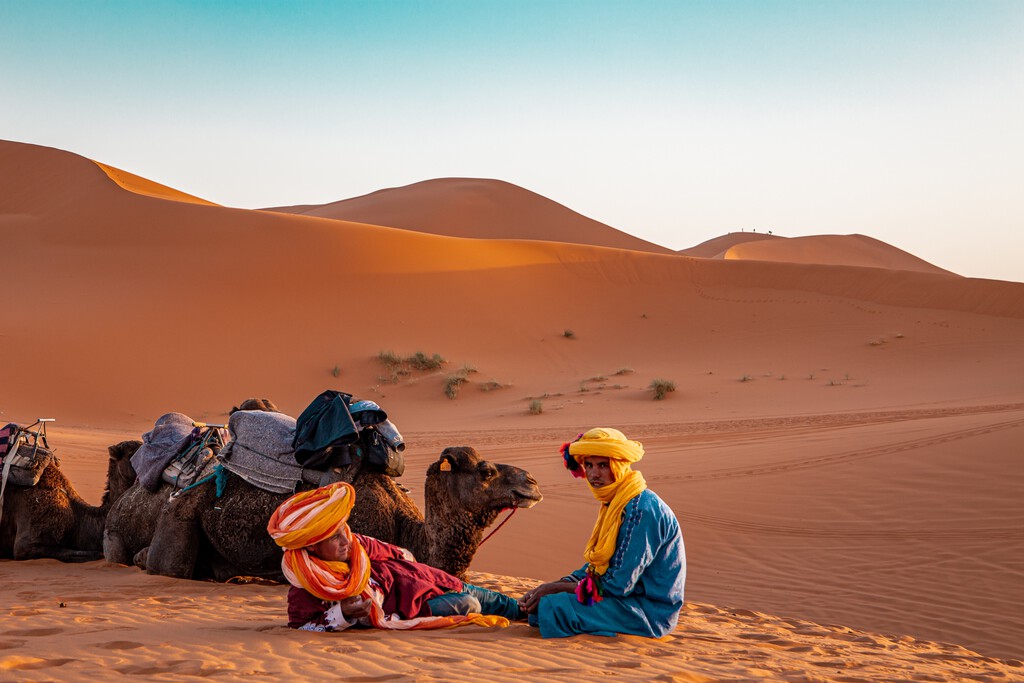 Yes it’s hot. Much hot. And the worst is not that. The worst thing is that it will do much more. Not because of a climatic issue (also), but because we are still in spring. So to moderate our thermal anxiety we have thought that it could be good idea to check what happens in the hottest places in the world.

And truth be told, as soon as we approach peoples like the Tuaregs, the first temptation is to think that they are crazy: covered from head to toe, wearing dark clothes and drinking hot tea… What is the point of All this? Well, it makes sense. wow yes it does.

Where are you going like this dressed in black? 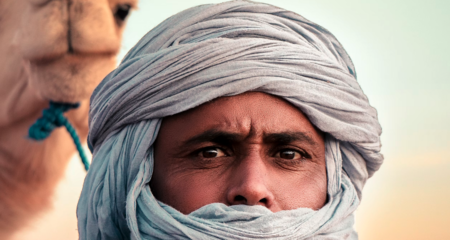 Perhaps the first thing that catches your eye the Tuaregs is that, in short, they go dark. The characteristic blue veils and the dark-almost-black tunics (‘gandoras’) are one of the most curious characteristics of this Berber people that has been surviving in the desert since at least the Middle Ages. It may seem strange, especially if we take into account that for us ‘heat’ and ‘white’ are almost synonymous, but (of course) it has its explanation.

How to sleep when it’s very hot and you don’t have air conditioning: what science says

Let’s start with the most basic. We call light a huge (and very diverse) set of waves coming from the sun. Many of those waves end up being absorbed by the object they hit. and, at that very moment, they heat it up. Colors have to do with this: we see things according to the waves they absorb (and don’t absorb). Black, in fact, is the visual perception of a surface that absorbs all ranges of visible light; in the same way that white is due to the “bounce” of all visible light ranges.

Also Read  Tuenti is dead, long live Tuenti: ode to the social network that most influenced an entire generation of Spaniards

In this sense, it is true that black absorbs radiation (up to 98% of solar radiation) and, by rebound, it heats up more. In this sense, light fabrics seem better because they heat up less in the sun. And, if we only take this factor into account, we will be right.

But The world does not work that way. In general, we can understand that the level of protection offered by a garment against the sun depends on three factors: the weave of the fabric (tight knit fabrics or fabrics better block the entry of ultraviolet rays), the thickness (the thicker the greater protection) and color (the dark ones, as we say, better block the passage of rays).

In the case at hand, as soon as we include the breeze in the equation, we realize that things change. Since the breeze is one of the most powerful natural cooling systems; if we want to facilitate its effect (and not doing it in the desert would be quite incomprehensible), we will need wide presses to make it easier for the breeze to quickly remove the superficial heat of our body: that makes us have to play with the rest of the factors so that the insulation from the sun and its rays is optimal. 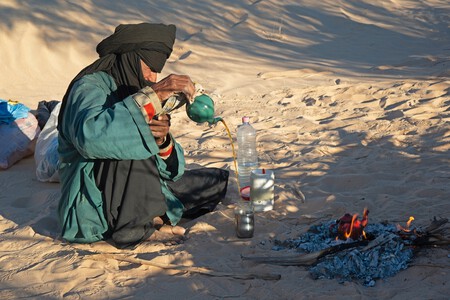 Another thing that is very striking is the consumption of hot drinks that are made in the traditional cultures of the warmer areas of the Earth (either in Africa or Asia). Of course, they attract attention because we do not usually stop to reflect on the same recommendations that the authorities and the media give us regarding heat. I quote from our colleagues at DAP, “as a general rule, the maxim in summer should be to eat foods that have a large amount of water, help us regulate our body temperature and do not dehydrate us.”

Also Read  The first call for Digital Kit grants opens shortly: who can apply for them and how

Living in the most inhospitable place on Earth: this is the daily life of the inhabitants of Antarctica

That leads us to a conclusion: it is advisable to drink hot drinks when it is very hot because these help regulate body temperature more efficiently than cold drinks. There are dozens of scientific studies that prove it (here is an example) and the mechanism is simple: the increase in the heat load on the body from drinking a hot drink produces an increase in the global production of sweat whose evaporation compensates for the increase of internal heat. Above all, because hot drinks are digested very quickly (the same does not happen with strong foods).

A similar logic is behind the consumption of spicy food, by the way. The heat that we feel (and that is not real) ending danto good thermal results to the organism.

What it’s like to live in one of the hottest places in the world: the tricks of the Tuaregs, explained