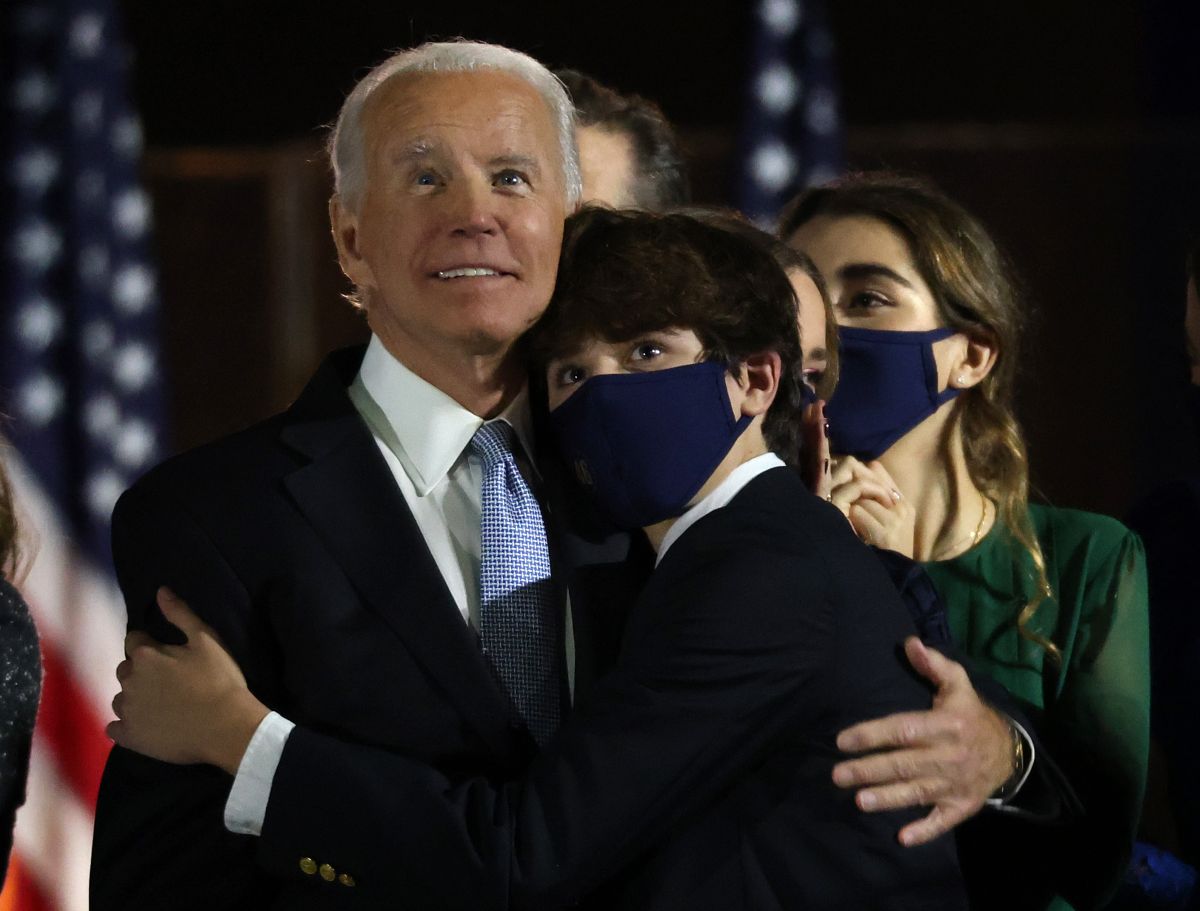 “Forward with an America that creates jobs with dignity and respect,” said President-elect Joe Biden in Wilmington, Delaware.

One of the President-Elect’s Top Priorities Joe Biden will be rebuild the workforce e boost economic growth from the country.

Biden assured this Saturday night in Wilmington, Delaware, that will drive the creation of better and more jobs; “Forward with a United States that creates jobs with dignity and respect.” The now president-elect will receive from the current administration a country embroiled in a health and economic crisis that affects millions of families.

To date, the labor market in the United States still faces a deficit of more than 10 million jobs that has left the coronavirus crisis and that with the disappearance of the benefits of the $ 600 weekly dollars of unemployment insurance has exacerbated the inequality of wealth, according to a recent study prepared jointly by the universities of Harvard, Oxford y George Washington.

A report from the Institute of Economic Policies based on figures from the Bureau of Labor Statistics, the employment deficit is more than 11.6 million people. In other words, they are 10 million fewer jobs than in February, in addition to the nearly 1.6 million jobs that would have been added if the recession had not occurred.

Employment experts have mentioned that the labor market will not recover for a couple of years, so reorienting the skills of thousands of workers will be a daunting task.

During her first message as vice president-elect, Kamala Harris, recognized that the road will not be easy, but that both she and Biden are ready to face the challenge.

You may be interested in: Alcohol and junk food were the favorite foods on election day night in the United States

Biden too inherits the biggest crisis in a generation, the coronavirus pandemic, with infection rates rising, flashing danger signals for the economy as businesses will struggle to stay open if customers are concerned about contracting the virus. The coronavirus will continue to hurt both employers and job seekers.

If the virus increases the cases in the country, it will also decrease the interest of people in finding a job that does not develop from home. Biden’s only path to economic recovery will be to control the virus. “Stimulating the economy to create jobs is crucial,” said Heidi Shierholz, chief economist and policy director at the Institute for Economic Policy. NBC News.

We cannot repair the economy, restore our vitality, or relish life’s most precious moments — hugging a grandchild, birthdays, weddings, graduations, all the moments that matter most to us — until we get this virus under control.

Several experts have argued that extending unemployment insurance benefits as well as providing fiscal assistance to state and local governments could have helped the economy and the creation of new jobs.

Janet Yellen, former Fed Vice President and Ben Bernanke, who led the Federal Reserve during the Great Recession of 2008, warned congressmen in July that “it would be a catastrophe” for the country’s economy not to extend the emergency benefits created to deal with COVID-19.