Commissioner José Manuel Villarejo, prosecuted for his illegal activities as a policeman who has spent three and a half years in preventive detention, appears before the parliamentary commission that investigates the illegal espionage of the ex-treasurer of the PP, Luis Bárcenas, and his family.

Villarejo has asked to declare protected by the protocol of official secrets (behind closed doors and without the session being able to be broadcast live by the chamber’s services or followed by journalists). Only under these conditions, Villarejo assures that he will be able to tell everything he knows about Operation Kitchen, in which he had a decisive participation.

The judicial investigation and his own confessions to the judge have proven that Villarejo was the person who convinced Sergio Ríos, the driver of the Bárcenas family, to participate in the operation as a confidant of the police who were looking for compromising documentation for the Government and for the PP .

After recruiting Sergio Ríos, Villarejo also took charge of paying him every month for his services out of the funds reserved from the Ministry of the Interior.

EL PAÍS interviewed Villarejo in prison. What follows is the full transcript of the commissioner’s responses to Operation Kitchen in which he participated.

Question. Whose idea was Operation Kitchen?

Answer. It occurred to someone from the government. They hire me privately. All the approach systems and setting up the shed had failed and they said: ‘We have to notify Villarejo, who always solves the problems.’ They notified me and I put a series of conditions, as I have declared in court. Proof of this, that I did not participate actively, is that in the nuclear moments they separated me, I am not the one who enters the office, the man who enters the office has declared it. The same as the one who accesses the telephones has declared. I am in prison, in theory I am the inducer, and the material author is outside. Look at what legal aberration, it is as if the murderer confesses and is left in the street, and the inducer …

P. Was this a botch?

R. It was a botch because of all the equipment they had assembled, it was unpresentable.

P. And the original idea was from the interior minister?

R. No. From much higher. Fernández Díaz did not have the capacity to make a decision of that magnitude. Much higher. 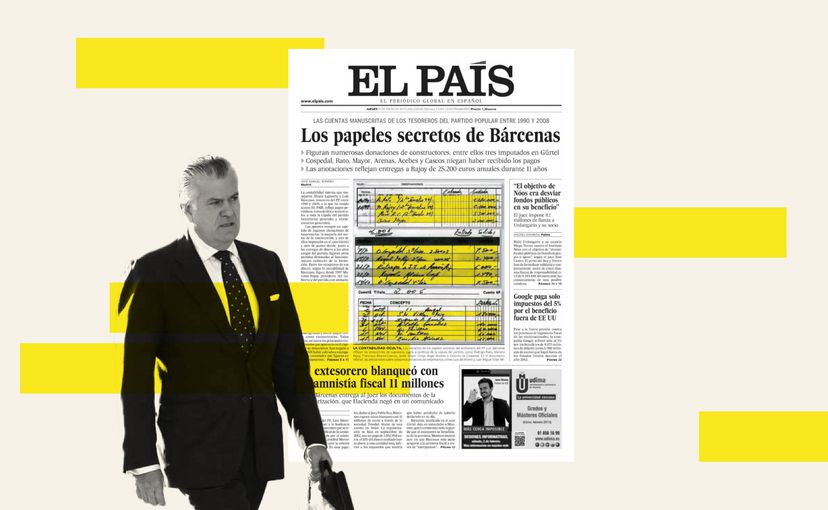 P. If you are referring to Mariano Rajoy, you know that there is not a single test …

R. I think there are, what happens is that I imagine they are waiting for it to cook in their sauce. They will be waiting for the opportune political moment. I’m afraid there is evidence and they know it. He has somehow tried to find a solution, but the only solution is in his hands.

P. You speak in the summary of a recording of Bárcenas to Rajoy in the Palacio de la Moncloa. Is there that recording?

R. The same yes. Bárcenas recorded Rajoy … But all that kind of thing …

P. But have you heard that recording?

R. No. I did not get to hear it because when the operation itself arrived they did not let me, they deceived me taking advantage of the fact that I was abroad, in Lebanon, and they did the operation. Because I said that I wanted a copy of everything that was found because I had already spoken with some judges of the National Court and had told them: ‘if it goes well, I’ll give you a copy and you will see what you do.’ I have met with judges and prosecutors and have told them things that officially I did not want them to know. The talks that I have in the Kitchen with judges and prosecutors of the National Court are… Another thing is that it is encrypted as they say and they don’t want it to come out… But they never gave me that recording, they informed me that there was.

P. Who leaked the documents that were stolen from Bárcenas?

R. That decision was not mine, I had other approaches and that is why… The Kitchen thing is documented that I have nothing to do with the matter. What happens is that logically they will have to accuse me of something, see if it is amazing that the Kitchen in theory I have prepared it and in Congress the PSOE and IU have agreed so that I do not go. That’s a pantomime then, right?

P. But who tells you that you have to mount Operation Kitchen to steal documents from Bárcenas?

R. They tell me from Mrs. Cospedal, to the minister, the secretary of state … The only one with whom I do not speak personally, but I do speak through intermediaries is with Mr. Rajoy.

P. Are there any recordings of all that to prove it?

R. I think there is documentation, I don’t know. I have asked for a copy of everything they told me and they don’t give it to me.