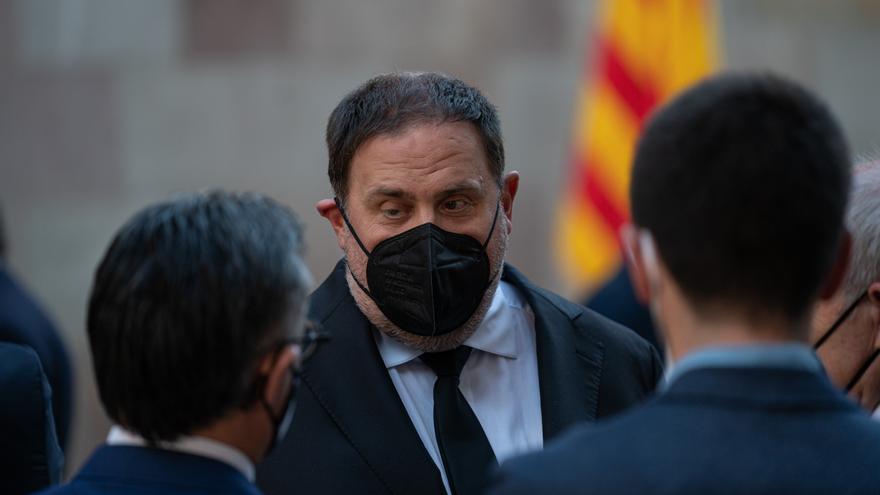 The granting pardons to those convicted of the ‘procés’ will not close this chapter, but will open new questions on its execution and, especially, the route of the more than foreseeable resources that the Supreme Court will have to analyze, which will have the last word in this matter.

The Government will study this Tuesday the pardon files of the nine sentenced to prison terms for the ‘procés’, agreements that will foreseeably be published in the BOE the following day, which will initiate a procedure that has the following keys:

Who executes the pardon?

The 1870 law states that “the application of grace must be inevitably entrusted to the sentencing court”, that is, corresponds to the magistrates who opposed its concession in the report requested by the Government.

After the publication in the BOE, the Supreme Court will account for a new sentence settlement. Depending on the scope of the pardons, the court may even terminate the prison sentences. He will do so in a car in which – if so – he will order the immediate release of the beneficiaries. All this week.

Can the pardon be appealed?

Yes. As it is an agreement of the Council of Ministers, the body responsible for judicial control is the Contentious-Administrative Chamber of the Supreme Court. Specifically, the Fifth Section, which is the one that resolves matters derived from the Ministry of Justice.

However, and given the importance of the matter, it is likely that the resources will end up being raised to the Plenary of the Chamber composed of about thirty magistrates.

Who can appeal the pardon?

PP, Vox and Ciudadanos have already announced that they will appeal but the doctrine of the Supreme Court requires that the appellant justify a legitimate and direct interest, which is personally and directly harmed by the crime committed, it is not enough that he intends to appeal acting as a mere defender of legality.

Normally, the appellants are usually people closely related to the pardoned because they directly affect the measure of grace (in the case of the 2013 kamikaze, the victim’s relatives), so their interest is more than justified. However, sources consulted by EFE doubt that a political party demonstrates such a level of linkage by defending the interests of Spanish citizens in such a generic way.

As for the Prosecutor’s Office, its legitimacy to appeal an agreement of the Council of Ministers is not clear and, by way of example, they do not remember in the Supreme Court that it has done so in the past, even more so when it becomes the guarantor of legality – its paper- it does not work here, as it is a measure of grace.

What times are handled?

Regarding the processing of the appeal, once the royal decree is published in the BOE, there is a two-month period to present it. Once filed, the Chamber will initiate a process similar to that of any contentious-administrative appeal, that is, see if it complies with the formal aspects and, if not, give a deadline to correct it.

After that, you must send the defendant to make a written reply in which, in this case (the State Attorney) could allege lack of standing of the appellant.

Yes indeed, there is no deadline set by law to resolve the issue since the duration of the process depends on many factors, precautionary, allegations, evidence, etc., although sources consulted by EFE estimate that it could take several months.

What margin of action does the Supreme Court have?

The review capacity of the high court is limited to analyze that formal requirements are met, for example, if reports are missing, in which case the decision of the Council of Ministers is annulled by default.

And it also controls that “the pardon is not arbitrary, that is, absurd, illogical or capricious”, which requires that the agreement of the Council of Ministers on the pardon have to be sufficiently motivated, especially if pardons have been agreed against the Prosecutor’s Office and the sentencing court, as is the case.

Can the pardon be suspended while the appeals are processed?

Yes, but for this the resource must include the adoption of precautionary or very precautionary measures such as the suspension of the agreement of the Council of Ministers while the Supreme Court studies the merits.

In case these measures are not requested, the resources by themselves do not paralyze the execution of the grace measure.

Is there a history of a pardon being revoked?

Yes, but very rare. The case that changed everything was that of the kamikaze sentenced to 13 years in prison for causing the death of a young man in 2003. The Supreme annulled it and he varied his doctrine on the matter by pointing out that not only the formal requirements could be controlled, but also that the decision was not arbitrary.

That same year he annulled that of the former CEO of Banco Santander Alfredo Sáenz on understanding that the Executive had overstepped by also annulling the criminal record.

The closest precedent is that of María Salmerón, a woman who had separated and who was convicted several times for not allowing her husband – convicted of sexist violence – visits with her daughter. She was also pardoned on several occasions and the last one the Supreme Court revoked the pardon because there was arbitrariness.