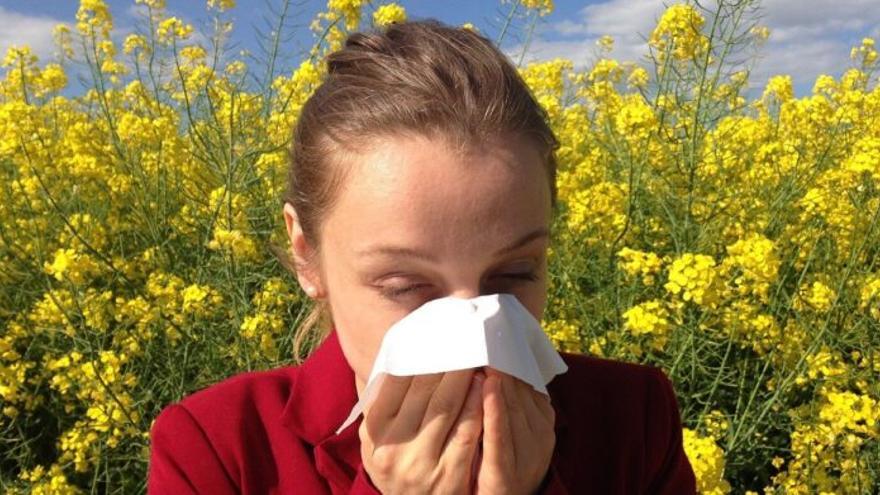 According to data from the Spanish Society of Allergology and Clinical Immunology (SEAIC) Allergic pollen diseases are very common. We would be talking about 8 million people who suffer from this pathology. And the numbers are increasing because of climate change and pollution.

But it is that, in addition, allergy sufferers are allergic to a greater number of pollens every day. Therefore, “the concept of allergy due to spring pollens must be eradicated since they can appear throughout the year”, says the Dr. Ángel Moral, president of the Aerobiology Committee of the SEAIC.

A) Yes, winter is a bad time for cypress allergy sufferers. And the summer is complicated for those allergic to the parietaria.

But it is in spring where there are usually more pollens and it is the plane trees, the grasses, the olive tree and the birch, the species that cause the most problems.

Dr. Moral details that in the last ten years it has doubled the percentage of allergic to the most allergenic pollens.

The emission of polluting particles from heaters and diesel engines alters the structure of pollen causing it to generate stress proteins as a defense mechanism, and thus increasing its ability to induce an allergic response in susceptible people.

For this reason, in cities there are more cases of allergies despite the concentration of pollens being lower than in the countryside. The high levels of pollution in cities favor the phenomenon of thermal inversion that prevents pollens from leaving the atmosphere and increases the time of exposure to them ”, explains the allergist.

If we talk about climate change, it is clear that this phenomenon is altering the growth and flowering cycles of plants. They advance the start and delay the end of their flowering period, thereby the duration of the pollination period is extended, and, therefore, there is a greater exposure of the population to pollens.

A clear example of this was the months of confinement last year. The activity of the cities was paralyzed. Without traffic, without industrial activity, pollutant levels improved, reducing respiratory diseases.

What will happen this spring?

In a very summarized way we could say that this spring the grasses will be the most problematic. “However, the rest of the pollens that can cause allergic problems, such as the shade banana, the olive tree, the birch, and the cupresaceae (cypress and arizonica), this year will not have high levels of pollens.

Dr. Moral points out two keys to explain how this spring will be for allergy sufferers. On the one hand, the weather this winter and on the other, the use of masks.

It has been a harsh winter, especially in January with the storm Filomena. The snow has made the wild grasses, which are the ones that cause the majority of allergic problems, root more deeply favoring their development and growth, and as a consequence there will be more grass pollens this spring.

In addition, the snowstorm has had a great impact on the trees both in cities and in natural environments, causing the fall of many branches and specimens.

This means that those trees that give allergies more problems in spring, such as olive trees or plane trees will have less flowering as they have been greatly affected by the storm.

But it is that, in addition, It has been very cold, which has stopped the pollination of plants, such as cupresaceae or almond trees, which have delayed their flowering, which also influences the pollen forecasts.

As to the masks, allergists have long recommended its use for allergic patients, but there was a stigma with this issue. With the pandemic, goodbye stigmata, everyone with a mask.

Thus, by protecting the mouth and nose, they will reduce patients’ symptoms, which will cause them to take less medication and that they go less to the emergency services. All this will improve the quality of life for allergy sufferers this spring.

Dr. Ángel Moral, president of the Aerobiology Committee of the SEAIC, emphasizes that «The highest concentrations of grass pollens are produced in the center of the Peninsula and in Extremadura“And adds that” those allergic to grass pollens from Castilla-León, Castilla-La Mancha, Aragon and Madrid will face a very varied spring, which will range from 2,000 grains / m³ in Cuenca to 7,000 grains / m³ in Toledo ».