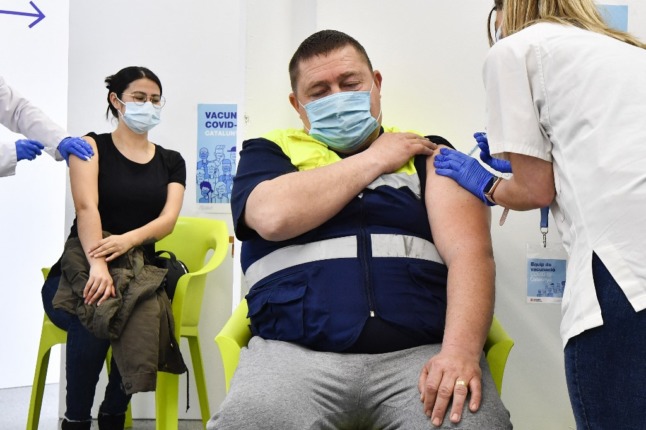 When will the flu vaccine campaign be launched in Spain?

The Spanish Minister of Health, Carolina Darias, announced at the end of September that in the second half of October people from all over Spain will be able to receive the flu vaccine, a start date at the national level that has now been confirmed as Monday, April 25. October.

However, some regions such as Galicia and Andalusia, which have already seen an increase in flu cases this fall, have started their campaigns early.

Who can get a flu shot?

“Now more than ever, it is important to get vaccinated against the flu,” Darias said of high-risk groups in particular, as the combined effect of contracting the Covid-19 virus and the flu virus poses a serious threat to them.

The Spanish Ministry of Health also warns that the “synergistic effect” of influenza and Covid-19 in the body multiplies the risk of death in case of co-infection by the two viruses.

What about the third dose of Covid-19?

Most regional health authorities will administer a third Covid-19 booster shot along with the flu shot.

So far those approved for a third prick of the inoculation against the coronavirus are over 70 and immunosuppressed people.

Almost 7 million people in Spain fall into the category of over 70 years and their booster vaccines will be Pfizer or Moderna.

The scheduled launch of the third vaccine for people age 70 and older is October 25, the same date as the flu vaccine in many parts of the country.

Whether those eligible for vaccines can contract the flu and the Covid-19 vaccine during the same visit to the health center or vaccination point, will depend on availability and resources, since each of the 17 regions of Spain is responsible for organize your own health plan.

What do the experts say?

Experts believe this year’s flu season will have more cases and associated deaths than in 2020-2021, when the numbers were particularly low, but not more than in other years.

“Although the use of masks has decreased outdoors, it is still mandatory in stores, schools and other indoor spaces, which is an effective way to reduce infections,” Juan Antonio Sanz, of the Spanish Association of Medicine, told the EFE agency. Preventive

However, as José María Molero of the Spanish Society of Family and Community Medicine points out, social mobility has practically been restored and fewer people will have natural immunity to the common flu as there were far fewer cases last year: “That means there are greater probability of greater virus transmissibility ”.

How do I reserve a flu shot?

Each regional health authority in Spain has its own system, although it is usually possible to schedule a vaccination online.

Unlike the Covid-19 vaccine, private health centers in Spain have the right to administer flu vaccines to patients, which means that anti-flu vaccine it is possible outside the Spanish public health system.

It is also possible to buy a dose of the flu vaccine in pharmacies in Spain and administer it yourself or ask someone in a private health center to do it for you at a small cost, but they may ask for a prescription.