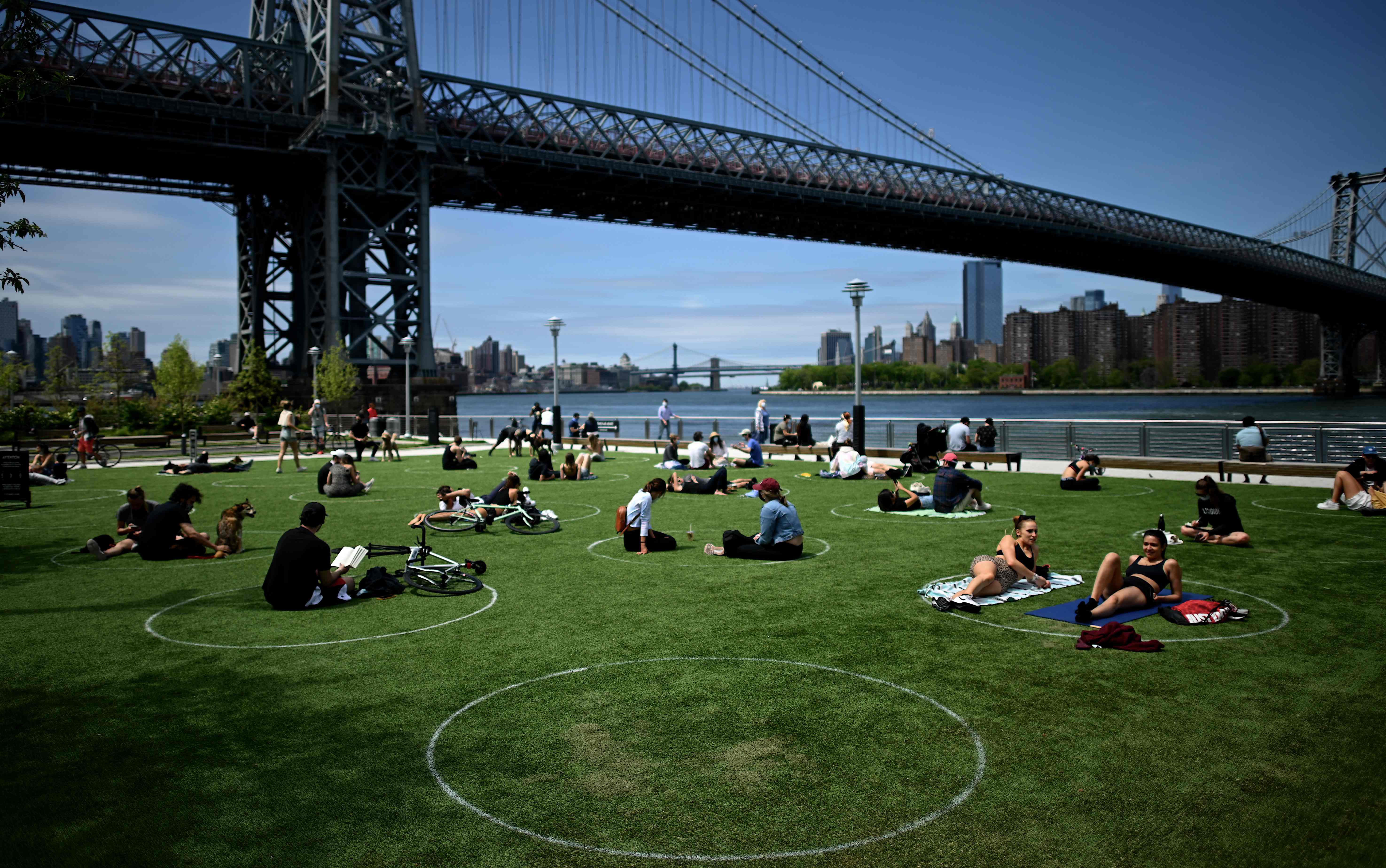 Architecture has been doubting for decades, but 2020 has been the year of public doubt and could mark the beginning of its recovery. You know: a problem begins to be solved the moment it is recognized. Except for the pending subject of energy saving, what defined great architecture a year ago – a form, an idea – no longer defines the optimal in 2020. The coronavirus could have forever affected the idea of ​​what is the best in this discipline too .

The architectural calendar does not coincide with the Gregorian. Projects are dated with the year of their design and the year of the end of their construction. The intentions are locked in on the first date. The results, patent in the second. There have been dazzling buildings inaugurated in 2020 that have revealed both ambition and blindness to the current context. The study OMA, led by Rem Koolhaas, inaugurated the department store in the south of Seoul The Galleria shaped like crystallized rock, and the study of Zaha Hadid completed his umpteenth posthumous building – the ME hotel in Dubai– shaped like a hole, demonstrating precisely the slow reaction of architecture that, in many of the great studios, has gone from anticipating the future to delaying its response to the present. The spectacular photographs of both buildings have coexisted with the no less shocking of isolated covid patients in parking spaces in Las Vegas. The two almost opposite scenarios pose the same global question: how will we live together?

This year, that entity in perpetual construction that are the living cities has shown that emergency solutions can be tried – quick, cheap and temporary. The “city of 15 minutes” announced by the mayor of Paris, Anne Hidalgo, or the disputed superblocks Barcelona women risk contributing ideas for coexistence in cities. Both participate in an informalization, a loss of form, to make the metropolis more flexible. It will be that last data, precisely, the one that gives the measure of its success. If the way to gain quality of life is lost – a decrease in pollution and noise from the streets – success can be embellished. If this is not successful, it will have been a good attempt, like all those made by the study of the now acclaimed Jan Gehl – with folding chairs and citizen seats – before agreeing to pedestrianization of Broadway, something like Barcelona making the cars disappear from the street. Diagonal; Bilbao, those of the Gran Vía; or Seville, those of the Paseo de Cristóbal Colón.

Placing environmental and social achievements above technical or formal ones, everyday life has prevailed over monumentality during the pandemic. More than daring or genius, the goodness of the new architecture breathes through the relationship it is capable of establishing between the parties: housing, work, leisure, commerce and the city. What the house cannot offer — vegetation, air, sun, space for exercise — the street should offer. And the other way around: the metropolis cannot be devoured by economic immediacy. For this reason, the house is rethought to resist and the function of shelter surpasses that which was drawn by architecture without ornaments as a living machine.

Joining parts, respecting legacies and managing to expand public space is what Guillem Moliner and Eduard Callis, from the study A Pair of Architects, they have done in the center of Olot (Girona), where they opposed imagination to the demolitions that make the past disappear from the historic center. It happened like this: to a paving commission they responded with a proposal for history to build a new urbanity. There was a dividing wall that had to be protected. There was a budget to pave the area and the architects decided not to change the floor. They made the wall speak. Today four staggered buttresses are a neighborhood corner, a kind of vertical square that offers seating, reveals the past and widens the street. Callis and Moliner built a facade that takes responsibility for shaping a street. It is what cities and citizens have needed this year: an emergency scenography, here darned with brick and finished off with three vaults, that responds to the present and speaks to the future with knowledge and humility. It is, as it has been this year, a forceful and yet undefined project: citizens alter it when they make it their own by sitting in the niches.

In New York, the reconsideration of the best architecture has also reached the sacred cows of the city. The model Ford Foundation, which Kevin Roche and John Dinkeloo completed in 1968 with a publicly accessible indoor garden – “a rarity, a building that takes the world into account,” wrote the critique of The New York Times Ada Louise Huxtable—, has been updated by the Gensler study so that the plants don’t consume as much water and so that all the workers, not just the bosses, have a view of that garden. That even the best can be improved is also demonstrated by the expansion of the Helga de Alvear Foundation in Cáceres where, after updating the Big house original, Emilio Tuñón’s team has turned the Foundation into a friendly walk. “A strategy, not a way”, which instead of responding to the place lets it speak. The new gallery is a living place and a land of transit. Far from being the back garden of a monument, it offers an architectural solidity on the same level as the austere Renaissance palaces of Cáceres: constructed with caution and the remains of old churches.

Beyond urban coexistence – between historic buildings and new interventions or between citizens – energy challenges have been brutally neglected in a year that is also difficult for sustainability. That is why it is important to note that VArchitects builds the Faculty of Health Sciences for the Public University of Navarra as a building Passive house, a property capable of accumulating the energy it needs to function. In 2020, the largest hospital in the city was completed in Frankfurt, which, unlike Nurse Isabel Zendal in Madrid, also has the Passivhaus certificate. Have signed it WTR architects and, with 664 beds and 10 operating rooms, it will be capable of, at least architecturally speaking, heal without harming: the great dream of medicine.

Can Sau in Olot by a couple of architects. An emergency scenery and a vertical square instead of a partition.

Expansion of the Helga de Alvear Foundation Museum by Emilio Tuñón. An intervention that bridges the gap between the Renaissance Cáceres and the valley that surrounds it.

The Nursery School in Chaoyang (China) with a roof garden and landscaped patios by the Pekingese studio MAD architects.

Tanzhaus, the promenade along the Limago river, a public space in the shape of a building that the Italian-Spanish studio Barozzi Veiga built in Zurich.