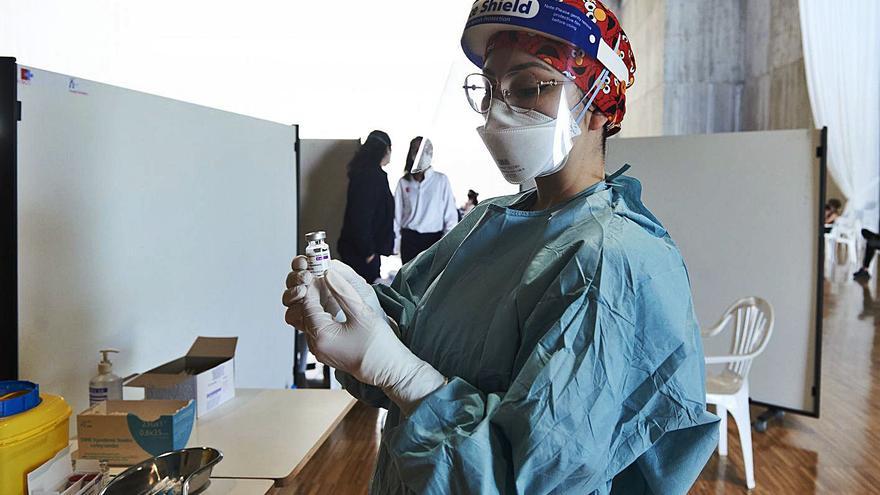 According to his calculations, only 10% of the European population have received a dose of the vaccine and only 4% have completed the full series. “The risk that ongoing vaccination will provide a false sense of security to the authorities and the public is considerable, and that carries a danger,” he adds.

He sees it necessary to increase the manufacture of vaccines, reduce the barriers to their administration and use all available vials to accelerate the immunization of the European population. “The probability of new worrying variants occurring increases with the speed at which the virus replicates and spreads, so it is essential to stop transmission through basic control actions,” he concludes.

In a statement, the WHO recalls that last week the positives for coronavirus increased in most European countries, with 1.6 million new cases and close to 24,000 deaths. “Just five weeks ago, cases in Europe had dropped to less than a million a week, but now the situation is more worrying than what we have seen in several months,” laments the WHO Regional Director of Emergencies for Europe. Dorit Nitzan.

In addition, the WHO stresses that the British variant is already the predominant one in Europe, detected in 50 countries, and that additional actions will be necessary to control it because it is more transmissible. It also warns of risks associated with increased mobility and meetings at Easter.

On the other hand, the pharmaceutical company Johnson & Johnson (J&J) will delay the shipment of doses of its vaccine against covid-19 to the United States after an error in a production plant in Baltimore, in which components of two different vaccines were mixed The New York Times reported.

Apparently, in the facilities, of the firm Emergent BioSolutions, ingredients of the J&J and AstraZeneca vaccine were mixed “accidentally” about a fortnight ago, which spoiled up to 15 million doses of Johnson & Johnson and has forced the authorities regulators to delay the authorization of the factory’s production lines.

The Minister of Health, Carolina Darias, has announced the arrival, next Monday, of 1.2 million new Pfizer vaccines, which will be added to more than one million doses of AstraZeneca that will be distributed from today in all autonomous communities, which he has urged to continue vaccinating. The goal, he assures, of having 33 million Spaniards vaccinated throughout the summer is “within reach.” It emphasizes that the Government knew that in the first quarter the volume of the doses would be “limited” and that in April it would increase “ostensibly”. He adds that there are pharmaceutical companies that are making “a very important effort, such as Pfizer”, which has increased the number of vaccines.

The infection rate continues to rise in Spain with 157.7 cases and 7,041 infected in one day

Madrid increases its incidence by 14.6 points, while the Valencian Community is the only one in the «new normality»

The accumulated incidence continues to increase in Spain to 154.7 cases, with 7,041 more covid infections in 24 hours and the communities of Aragon and La Rioja already at high risk, in a day that has registered a record of vaccines administered in one day: 306,995 doses. According to data from the Ministry of Health, the accumulated incidence per 100,000 inhabitants in the last two weeks has risen two points this Thursday, and Navarra and Madrid, together with Ceuta and Melilla, remain at extreme risk, exceeding 250 cases.

Along with this community, although without entering the category of new normality (less than 50 cases), the lowest incidences are found in the Balearic Islands (66.5), Murcia (63.7) and Galicia (68.3). The rest of the regions are all above 100 cases per 100,000 inhabitants in two weeks.

Since the beginning of the pandemic, 3,291,394 infections have been diagnosed and 75,541 deaths have been recorded, 82 more than yesterday (lower than the 154 reported from Tuesday to Wednesday), according to Health data.