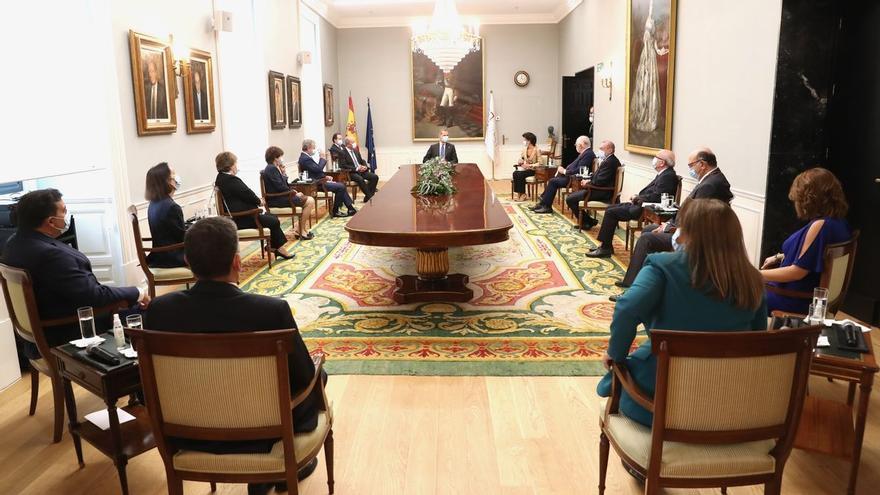 It is the current President of the Court of Accounts. After a long career at the TCu (she joined the Superior Body of Lawyers of the Court of Accounts in 1993), she was proposed as a counselor by the PP. Two of his cousins, María Asunción and María Eugenia de la Fuente Asprón, daughters of Franco’s former minister, work in this same institution. Licinius of the Fountain.

Is he President of the Inspection Section. Since 1979 he has been developing his career at the Court of Accounts. It was in 2001 when, at the proposal of the PP, was chosen as advisor to this body. In 2012 the Senate renewed his mandate for another 9 years.

Be part of Inspection department of the State Economic Administration area. He is the brother of former president José María Aznar. In 1996, months after Aznar arrived in Moncloa, he was proposed by the PP to be second deputy of the Ombudsman, but rejected him because of his kinship with the then Prime Minister. However, 16 years later this did not prevent him from entering the Court of Auditors at the proposal of Rajoy.

She is a counselor of the Second Department of Prosecution. It was Minister of Justice during Aznar’s first government, between 1996 and 2000. In the March 2000 elections, she appeared on the PP lists and was elected deputy by Albacete. From 2002 to 2004 he was also vice president of the Congress of Deputies. In 2012 she was chosen as a TCu advisor at the proposal of the Conservatives.

He is the president of the Prosecution Section. His career has been linked to the magistracy since the 1980s. In 2012, he was elected counselor of the TCu after being proposed by the PP. Suarez Robledano was one of the two councilors of this body who revoked the sentence that condemned the former mayor of Madrid Ana Botella, wife of José María Aznar, and seven members of her team to pay € 22.7 million for the sale in 2013 to an investment fund of 1,860 homes from the Municipal Housing and Land Company (EMVS).

Be part of Third Department of Prosecution. He held different positions of responsibility in the first governments of Felipe Gonzalez, such as the Director General of Services of the Ministry of Agriculture, Fisheries and Food. At the proposal of PSOE he was chosen in 2001 as a TCu advisor and in 2012 his mandate was renewed for another nine years. In 2019, he opposed the withdrawal of Botella’s sentence. Although he voted in favor of the report on the expenses of the Generalitat abroad, he is one of the three councilors who has presented a private vote considering that the reiterations in the exhibition can offer “an increased, non-objective and weighted vision” the alleged irregularities.

Also Read  Are you a fan of Sidecars, Niña Pastori or Pol Granch? This is your festival

Be part of First Department of Prosecution. With a career that began in 1979, she was elected a member of the TCu within the PSOE quota, at the proposal of IU. Lozano Álvarez was the one who wrote the conviction for Botella and his team. At that time, the opposition denounced its links with the former mayor of Madrid Manuela Carmena.

Be part of Second Department of Inspection. This counselor, proposed by the PSOE, He held different positions during the Government of Felipe González in the relationship of the Executive and the Courts. In addition, it was President of the Federation of Progressive Women. Like García Ortiz, he presented a private vote because he believes that the report on the exalted positions of the Government may generate “uncertainty and legal insecurity” by not having requested allegations from the Ministry of Foreign Affairs.

It is part of the department of Audit of autonomous communities and cities. He was chosen in 2012 at the proposal of the PP after a long experience in the Court of Accounts. He entered this institution in 1998 as a member of the Higher Bodies of Administration.

María Dolores Genaro Moya is in the Department of Supervision of managing entities and common services of Social Security. This counselor, chosen by the PSOE, presented a vote a few weeks ago against the document of the Court of Accounts prepared in 2019 that has served as the basis for demanding millionaire amounts from the former pro-independence leaders. According to the complaint, it is not impartial, is based on unconfirmed evidence and contains exaggerations. Specifically, it denounces that some of the trips included in the alleged accounting irregularities referred to trips where, “with the data indicated, there does not appear to be an excess of the foreign action exercised by the Generalitat in relation to the jurisdiction that corresponds to it. “.