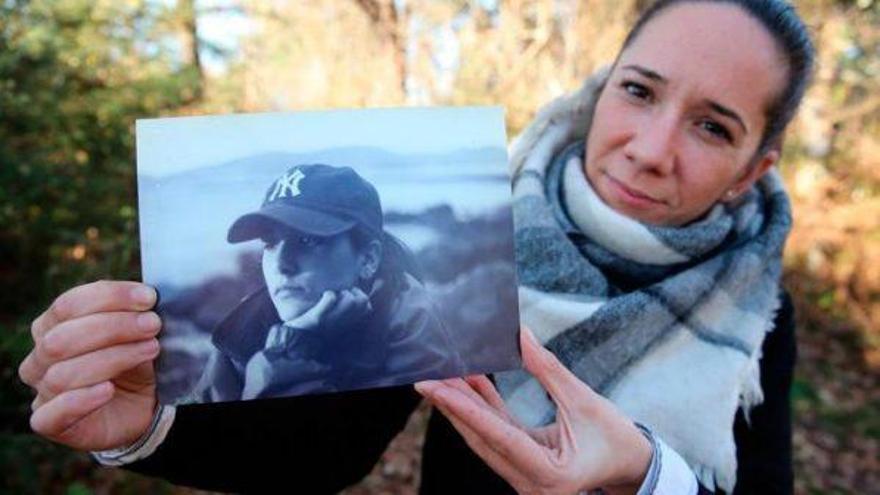 April 30, 2002 began for 22-year-old Déborah Fernández-Cervera, without apparent shocks. Like every morning he went to school where he studied Graphic Design. Creative and passionate about photography and the visual arts, she was in her last year. That day, however, he left before class. Said he was wrong. He was at his home on Avenida Atlántida de Alcabre (Vigo) and, at noon, he went to the hairdresser. He had an appointment to wax.

Late in the afternoon he went out for a run. He put on sports clothes and went jogging around Samil Beach. A part of the journey was shared with a cousin, one of the last people who places her that day. It was the eve of a holiday, but the young woman, when saying goodbye to his relative at the height of the Lagares bridge, He told her that he was not going to go out that night. That he would go to the video store and catch a movie. He would stay home to see ‘Amelie’. But he never got to rent that French romantic comedy. He neither went to the video store nor did he come home.

After leaving his cousin, he started back. An acquaintance passed her on the slaughterhouse curve, in the Alcabre area, when he only needed a few hundred meters to reach the house. It was 8:45 p.m. And in that area he lost track. No one saw anything. No unusual movement on a beach road and usually traveled that would allow in the following days to venture who had crossed his path and what had happened to him.

A poster to ask for help to solve the case. Marta G. Brea

They simulated a sex crime

Ten days later, when the young woman should have turned 23 years old, her naked body appeared in a gutter in O Rosal (Pontevedra), 10 kilometers from his house, covered by acacia leaves in the middle of false trails (a condom used together with a cover, a tissue and a green cord under the body), a fictional scene created to simulate a sexual motive. The suspicion is that the author even entered “postmorten” the semen in the girl’s vagina, “artificially”.

“I am very clear that Déborah gets in the car with someone he knows. It is something very clear. Probably someone he had previously arranged to meet. Then there is a medical expert evidence from our coroner that from any point of view it is a violent death. That is what we have very clear. “These are the words of Ignacio Pérez Amoedo, who together with his brother Ramón are the lawyers who fight hand in hand with the fDéborah’s amilia for finding out what happened to the young woman.

And it is that the unknowns that surround this case add up to as many as the years that the case has been under investigation, yes, not always open. The case was shelved for almost ten years as the judicial investigation was not directed at any person. Although Police, they did have one person in mind: their ex-boyfriend. The multiple contradictions in his statements on the night of the disappearance of the young woman at the police headquarters placed him as the main suspect, although the court did not consider it sufficient reason to cite him as an under investigation.

Failing to determine the cause of Déborah’s death did not help this investigation either. And is that the body had no signs of violence or sexual assault. Forensics they ventured two hypotheses. One, sudden death. The relatives of Déborah reject this possibility.

The autopsy report itself seems to identify it as a remote option. “There are no myocardial morphological alterations in the origin of the coronary arteries, valves or conduction system that could be a cause of sudden death”, they detail. Beyond the technicalities of the forensic technique, the young woman’s sister resorts to logic: “If you are with someone and that person dies, you have nothing to hide; the logical thing is that you call an ambulance,” Rosa Fernández acknowledged then -Cervera.

Poster taped with a photo of Déborah on the 19th anniversary of her disappearance and death. MARTA G. BREA

The other hypothesis was violent death by suffocation. The specialists who examined the body did not find fractures or typical signs of strangulation in the tongue, larynx or trachea. Still, they do not rule out “airway occlusion suffocation” with a soft object. And this, the family thinks, is much closer to reality. Because they all were and continue convinced that Déborah was the victim of a homicide.

After an arduous fight and several mobilizations, the family managed to reopen the case at the end of 2019: Since then the Court No. 2 of Tui took statement to more than twenty witnesses (including the parents of her ex-boyfriend) and carried out other procedures, including the most painful exhumation of the body.

It was Déborah’s family who requested her after submitting to the court an expert report made by a prestigious criminologist and forensic scientist, Aitor Curiel, who concludes that Déborah did not die of natural causes, rather, the cause of his death was violent, specifically by suffocation by suffocation with a soft object. Among his findings, he also highlighted injuries of a vital nature that could be indicative of a defense attempt by the young woman.

Precisely, the main current objective of the case is to prove this homicidal etiology, something in which the exhumation will play a key role. And it is that after 19 years the body was “deteriorated”, of the nails could be extracted biological remains valid to be compared with some objects such as hairs, ropes and fibers collected at the crime scene and in a freezer chest (It is suspected that the young woman was hidden for days in a cold and dark place). The family’s legal team also proposed that the court check these remains with more than 30 people to try to surround the person who intervened in the death of the young woman from Vigo.

The Madrid police investigation team accesses the guarded Pereiró cemetery for the exhumation of the body. R. GROBAS

The case will prescribe in May

The Toxicological Institute of Madrid is still analyzing these Traces found on Deborah’s body in search of DNA but with an eye on May 2022; a date marched in fear on the family calendar: 20 years of the crime would be fulfilled and therefore the case would prescribe without finding the murderer or murderer of the young woman.

A positive result could lead to an indictment and, with it, the paralysis of the legal deadlines. “We are going to fight it until the last minute, until the last second of turning 20 years old. That without a doubt. We will go to the end. I do not know if we will reach an accusation. We just want to know the truth, we only want justice for Déborah”, Asserts Pérez Amoedo.