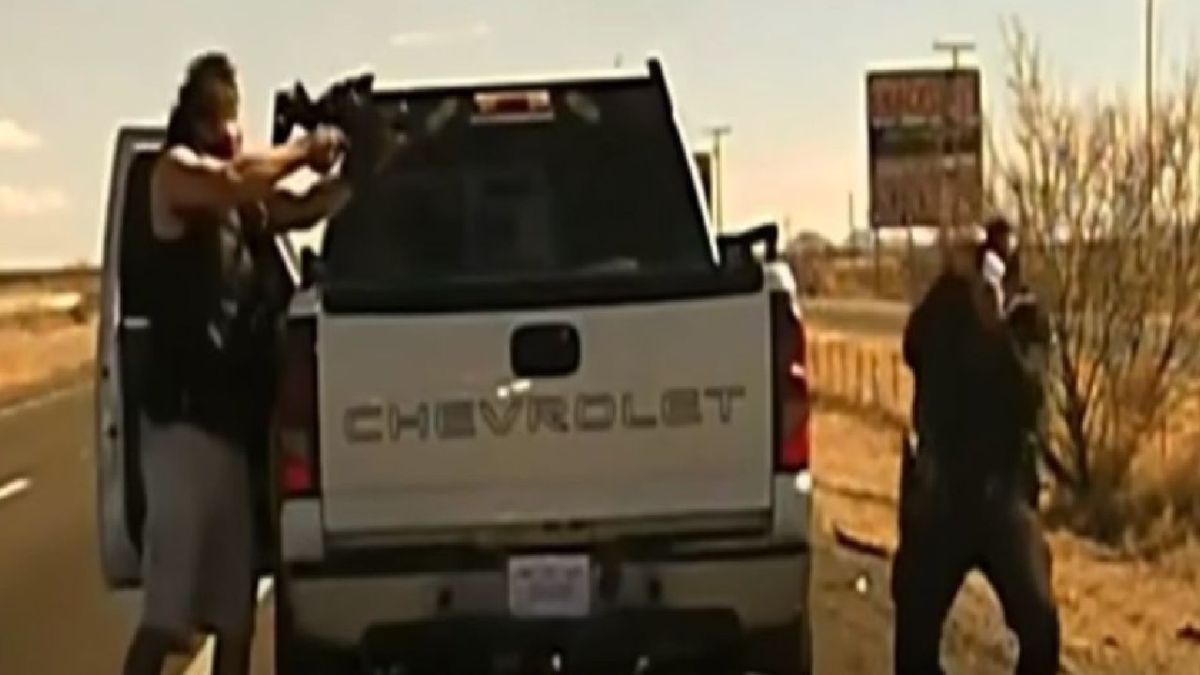 They murdered a cop in New Mexico.

New Mexico authorities released part of a video that is key to investigations into the officer’s tragic death Darian Jarrott, who was attacked with a rifle AR-15 by Omar Félix Cueva at a traffic stop.

It all happened around noon on February 4 at milepost 101 of I-10, near Akela, New Mexico, when Jarrot stopped the suspect’s white Chevrolet. The reason given by the uniformed man was that the vehicle had tinted windows.

As seen in part of the video that circulates on networks and that ABC obtained through an official request for information, Jarrott speaks calmly with Félix Cueva. According to the records, Hispanic He agreed to have a firearm in his possession.

“Do you mind getting out of the car, for my safety”Jarrot is heard saying.

The officer asked the driver to get out of the car, without expecting that he would open fire with the high-powered weapon. According to ABC, in other images not released to the public, it is observed that Félix Cueva gives him “The coup de grace”.

A National Security officer who arrived shortly after at the crime scene alerted about what happened and immediately a hunt was unleashed against the aggressor.

Who was Omar Félix Cueva?

Federal and state authorities were investigating Félix Cueva for a drug trafficking case. In fact, It is estimated that the murderer was traveling to carry out an organized crime deal at the time he was arrested by Jarrot.

The forces of order persecuted Félix Cueva to catch up with him and shoot him down in the Las Cruces area. 30 miles from where the officer’s murder occurred, the police officers confronted Félix Cueva, who resisted and once his car was immobilized, he shot another officer, injuring one more, without endangering his life.

The aggressor had a long criminal record in California, where he had been arrested for attempted distribution of methamphetamine and other illicit substances.

On one of the occasions where he was detained, Félix Cueva was assured of cocaine.

The Hispanic also had processes open for writing a false check and theft, between 2000 and 2010. All in the southern California region.

The authorities continue with the investigation, although they did not release the rest of the images, which are key to finding more suspects.

Jarrot was from a small community in Lordsburg, where he was buried on February 12. Those who attended his funeral said that he was famous for always having a smile on his mouth.