There is one thing that many of us do when we have been on a plane for hours: look at the screen of our seat and look at the kilometers we have traveled or the countries we have passed through.

The airlines do it too … and not precisely to check the progress of the plane, but to calculate how much they will have to pay to fly over the space of each country through which they cross.

“A tariff structure is necessary to finance air traffic services in each country. They are commonly called overflight charges,” explains Simon Hocquard, director general of the Civil Air Navigation Services Organization, to the NPR and BBC Marketplace program.

It is one of the sources of revenue for countries to cover the costs of, for example, air traffic controllers.

But airspace and all that it implies can also be used as a tool for geopolitical pressure, and the recent scandal over Belarus is an example of this.

How do these fees work and how much do they cost?

There is no standard rate, so each country sets the price for crossing its airspace according to different parameters.

“Some charge a flat rate because the route over the country almost never varies and is much simpler to administer,” Hocquard notes.

The United States, for example, “has two different prices: if you fly over land, they charge around US $ 60 for 100 nautical miles [unos 185 kilómetros]; If you fly over the ocean, that price drops to around $ 25. “

Also Read  Cuba: Biden urges the Castro regime to listen to the protests of Cubans: "It is a call for freedom" | International

The cost also varies depending on the size of the plane, His weight or the distance traveled.

Mexico, for example, establishes quotas based on the size of the aircraft per kilometer flown: from “large” at US $ 8.81 to the smallest at US $ 0.27. 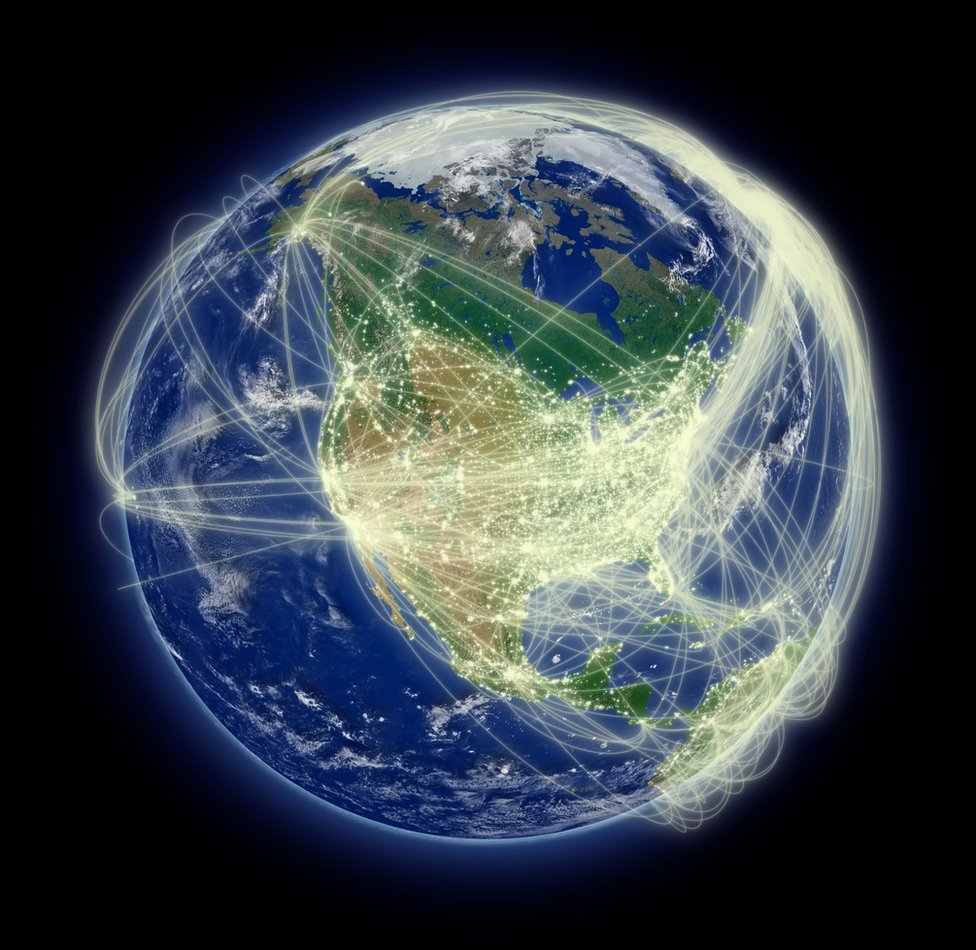 Each country sets a price according to different parameters

In the guide published by the Mexican government in this regard in 2018, it also indicates that the calculation of the kilometers flown will be made according to the great circle distance.

Many countries “rent” that airspace to foreign airlines, allowing them to fly over it and sometimes firms take longer routes so you don’t have to pay the higher rates.

But avoiding a certain airspace is more difficult than it seems, since it can be larger than the country itself, as is the case with the US, whose territory extends to the Philippines, or Russia, whose airspace passes through 11 time zones. different.

Disputes in the skies

The heavens can also become a “weapon” for geopolitical negotiation.

A recent example is in Europe and the dispute with Belarus, which led to European companies they will stop flying over that country.

The trigger was the case of the prominent journalist Roman Protasevich: Alexander Lukashenko’s government in Belarus caused a Ryanair flight in which Protasevich was traveling, bound for Lithuania, to make an emergency landing in Minsk.

There, in the Belarusian capital, authorities arrested the journalist, a prominent dissident and critic of Lukashenko, prompting Western countries to label him a “kidnapping” and “state terrorism.”

Belarusian state media noted that the plane was diverted by a bomb threat but that no explosives were found.

Lukashenko, for his part, defended the diversion of the aircraft and the arrest of the journalist, mentioning the bomb threat and arguing that Protasevich had been “plotting a rebellion.”

After an emergency meeting, the EU extended the sanctions that already weighed against the Lukashenko government and closed its airspace to the airlines of that country.

In addition, he urged European airlines not to pass over Belarusian territory, a setback for their finances and one more step towards their isolation.

Matthew Happold, Professor of International Law at the University of Luxembourg, explains how these specific sanctions work.

“They are designed to influence behavior. And I think they are a expression of condemnation. In the case of Belarus, it is about showing solidarity with the opposition, “he said on the MarketPlace program of NPR and the BBC.

Before the air veto, which European authorities said was imposed for the safety of passengersSome 400 international airline planes passed through Belarus airspace every day, according to Eurocontrol, the European agency that collects overflight fees from Belarus and other countries.

Also Read  "There is a lot of nonsense in art": Maggi Hambling defends her nude sculpture of Mary Wollstonecraft | Art

In 2019, the agency billed more than US $ 100 million in overflight fees for the country.

It is not a negligible amount for the fragile economy of the country. In fact, his greatest ally, Russia, has been supporting him financially and this week granted him a loan of an additional US $ 500 million, Reuters reported.

However, as Prof Happold explains, the economic impact of sanctions preventing flights is likely to be limited.

“Is it going to have a huge impact on the Belarusian government? I suspect it is a blow that they will be willing to assume“, considers.

In retaliation for what happened, the European Union also froze a $ 3.6 billion financial support package“until the country is democratic.”

“We will put pressure on the regime until it finally respects freedom of the press and freedom of opinion,” warned the head of the Community Executive.