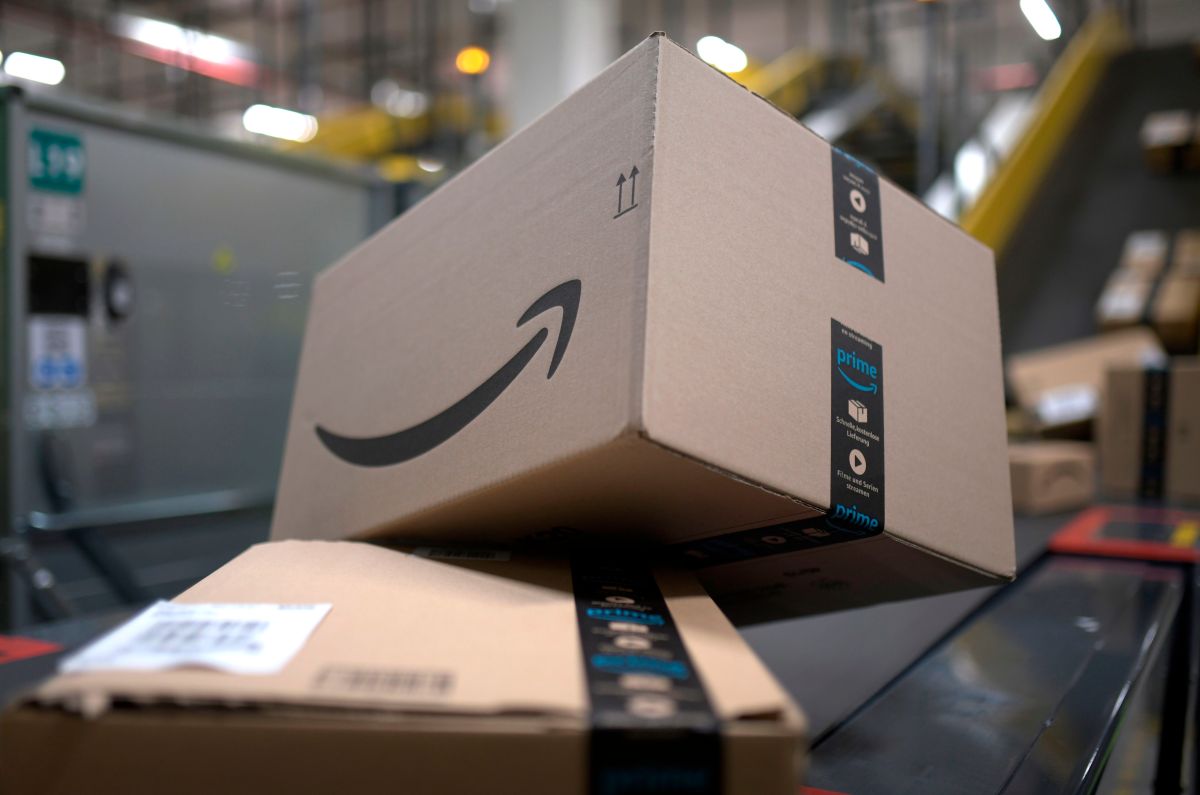 Amazon replaced its logo on February 22 after receiving criticism from its customers.

Amazon changed his logo that generated controversy when users on social networks considered it offensive. Many of the customers of the largest e-commerce platform have wondered why the company changed the logo of its application. This is the reason:

After five years the e-commerce giant changed its logo. The design was created to match the packaging of companies that receive customers at their doorstep.

However, the new logo featured the charming smile in the center but had a ribbon on top until customers pointed out that the new logo bore a strong resemblance to Adolf Hitler since the jagged edges of the blue ribbon of the Amazon logo closely resembled the characteristic mustache that Hitler wore.

As many users on social media rated the logo modifications as offensive, so Amazon was forced to change the design from the jagged edges of the blue ribbon to a simple folded blue ribbon.

However, some users still believe that the company’s attempt to depict the charming smile of its customers in the Amazon logo has failed and continues to show a “happy face” of Hitler.

The change to the new logo came on February 22 after the e-commerce giant took customer feedback into account.

lmao I completely missed that amazon quietly tweaked its new icon to make it look… less like hitler pic.twitter.com/Jh8UC8Yg3u

Amazon responded to the criticism through a spokesperson who said the company “is always exploring new ways to delight our customers. We have designed the new icon to spark anticipation, excitement and joy when customers start their shopping journey through their phone as well as when they see our boxes at their doorstep. “

In an interview with the newspaper The New York Times, Kara S. Alaimo, professor of public relations at Hofstra University, said that in an era of outrage and trolling on social media, “brand experts they should strive to consider all the ways people might use or misinterpret their logos before a launch“.

In the last year several companies have changed their logos and names in the face of racist stereotypes.

Something similar happened with Myntra.com, an Indian e-commerce platform when an activist reported that the Myntra logo was offensive to women because supposedly showing a naked woman, as recalled by the site Business Today.

In 2013 an advertisement for JC Penney was removed from the streets of California after some saw the image of Hitler in a kettle that appeared in it. Last year Facebook removed ads on its platform that were bought by the Donald Trump campaign in which a red triangle appeared, symbol used by the Nazis to classify political prisoners.