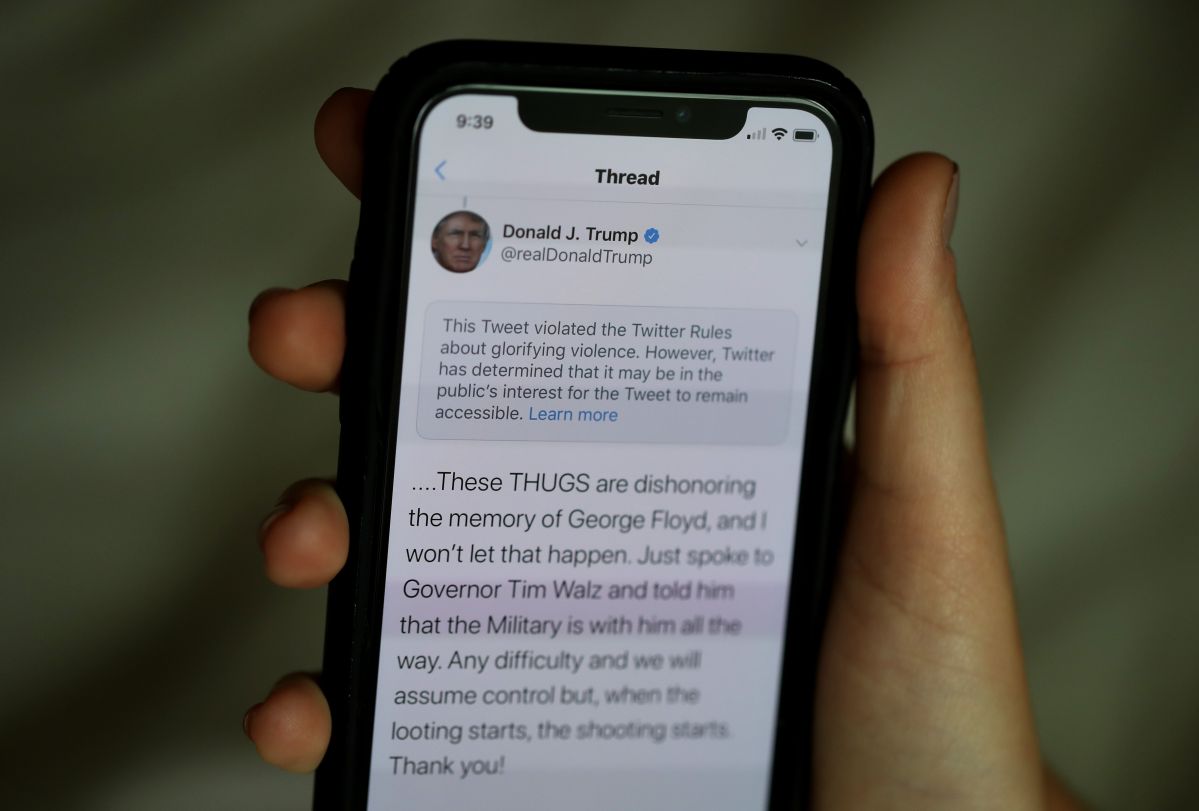 Calls for social media to suspend Trump’s accounts continue in the country.

Twitter and Facebook reported Wednesday that they would block the president’s account Donald Trump after making false claims about the results of the 2020 US presidential elections.

Twitter said Trump’s account would remain locked for 12 hours as the tweets violated the company’s civic integrity policy. Although Trump removed them, the company declined to elaborate on exactly when the lock down on Trump’s account would end. Twitter warned that if Trump continues to violate company ruPic “it would result in permanent account suspension. @realDonaldTrump“.

Among the tweets that were removed was a video in which Trump addressed his supporters stating that the election had been stolen before asking them to return home.

“Let’s be clear: threats and calls for violence have no place on Twitter, and we will enforce our policies accordingly,” a company spokesperson said in a statement. This same video was removed from the platforms of Facebook and YouTube.

For his part Facebook He first said that he would block Trump’s account for 24 hours, preventing him from posting on the platform. The Facebook-owned company Instagram also did the same and it was CEO Mark Zuckerberg who announced that now both platforms have indefinitely blocked President Trump’s account “Until the peaceful transition of power is completed.”

Zuckerberg said that Trump’s use of the platform “disturbed the population and the rest of the world” so they withdrew the statements he made on Wednesday for the risk that could generate more violence. Despite the fact that on different occasions the platform allowed Trump to post content by tagging the publications that violate company policies and even foresee that it is risky for the president to continue on the social network.

Facebook also announced additional measures as find and remove content that praises or supports the Capitol assault, the call to bear arms in different parts of the country, as well as calls for additional protests and any other attempts to acts of violence for the next few days.

In content that tries to delegitimize the election results, Facebook said it will update the label it puts on the content by writing the following caption: “Joe Biden he has been elected president with results that were certified by all 50 states. The United States has laws, procedures and institutions established to ensure the peaceful transfer of power after an election ”, the text of the platform will read.

Snapchat He said he blocked Trump’s account because he was concerned about the dangerous rhetoric of the US president. In June the company decided to stop promoting Trump’s content on its “Discover” tab.

YouTube, which is owned by Google, said it removed the video because it violated company policies, however, it will allow copies of this video “if uploaded with additional context and sufficient educational, documentary, scientific or artistic value.”

The Anti-Defamation League (ADL) issued a release to social media companies requesting to suspend Trump’s accounts “as soon as possible.”

After the account of the president of Twitter suspended for 12 hours, Trump reappeared on Thursday to deliver a message to the nation and condemn the seizure of the Capitol.

“The protesters who infiltrated the Capitol have desecrated the seat of American democracy. Those who engaged in acts of violence and destruction who do not represent their country and those who broke the law, they will pay, “Trump said in the video.

The president thanked his supporters saying that serving as president has been the greatest honor in his life. “And to all of my wonderful fans, I know you are disappointed but I also want you to know that our incredible journey is just beginning. Thank you, God bPics you and God bPics America. “