This note was originally published in January 2010 and updated following the earthquake of August 14, 2021.

On Saturday morning, a strong 7.2 magnitude earthquake struck southern Haiti and has so far left nearly 300 dead and more than 1,000 injured.

And the natural tragedy inevitably led us to think of another similar moment on the Caribbean island: on January 12, 2010, when an earthquake of a similar magnitude (7.0 on the Richter scale) devastated Port-au-Prince, the country’s capital, and caused the death of more than 200,000 people.

But why do so many earthquakes occur in Haiti?

One of the answers could be found on that afternoon of January 12, 2010, when experts knew immediately that the earthquake on the island that was repeated by the news it would be one of the worst recent natural disasters.

In addition to having occurred in one of the poorest countries in the West -and one of the worst prepared to face events of this type-, the earthquake shook an area where a complex network of tectonic plates and geological faults is located. 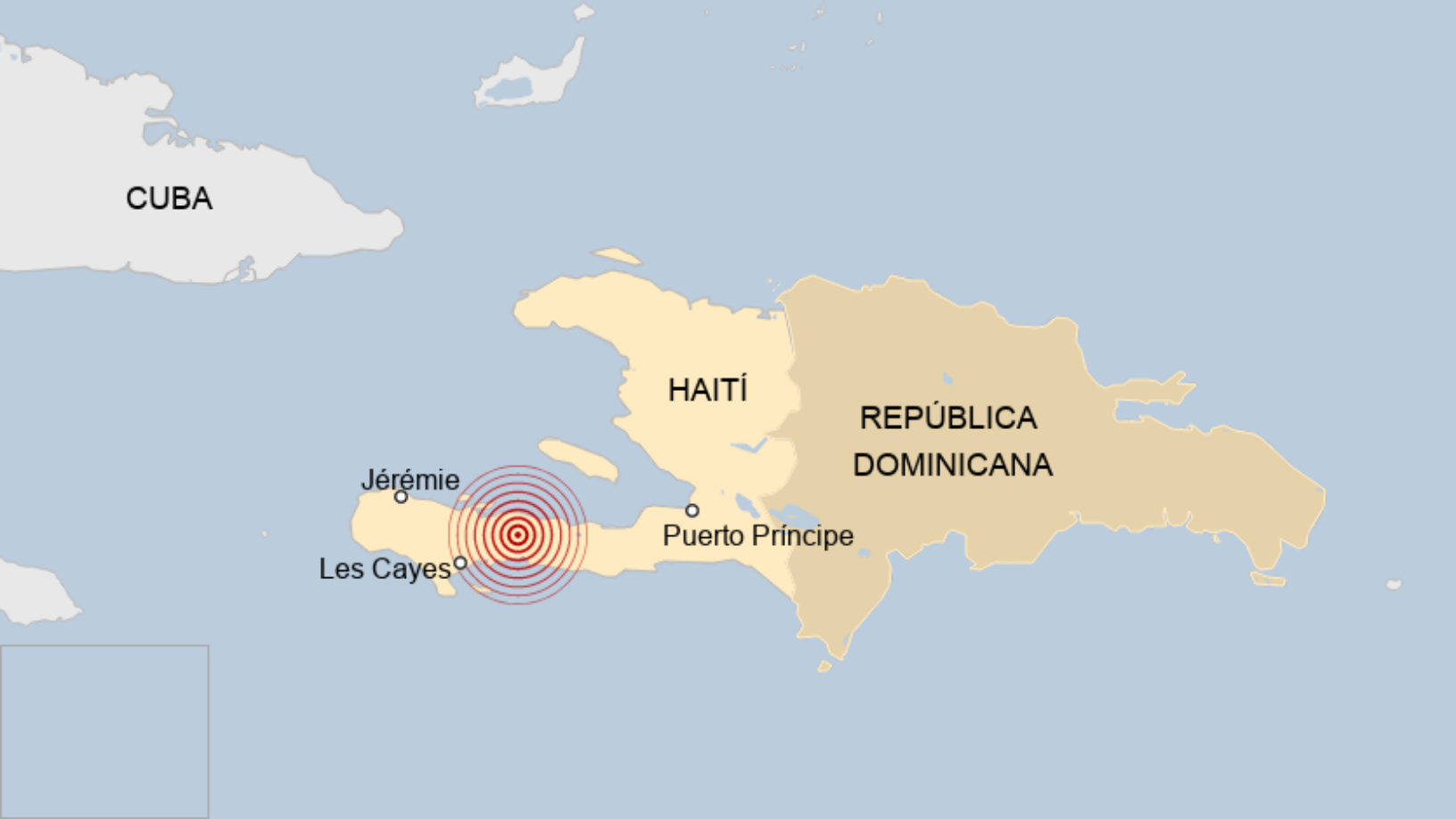 Haiti is situated in the middle of a vast system of geological faults that result from the movement of the Caribbean plate and the enormous North American plate.

As in other areas where tectonic plates adjoin, at the limits of the Caribbean plate there is significant seismic activity due to these faults.

And it was the sudden landslide of one of these, the Enriquillo fault, that led to the disaster.

It is estimated that the epicenter of the earthquake, which measured 7 on the Richter scale, was about 15 kilometers from Port-au-Prince. And the hypocenter (the point below the Earth’s surface where the rupture began) was only 8 kilometers from the surface.

The one that was registered this Saturday was of a magnitude of 7.2 and 10 kilometers from the surface, but had its epicenter in the south of the island.

This proximity to the surface, experts say,ensured that the earth’s shock forces were more intense and destructive.

Buildings in seismic zones in industrialized countries are built on damping systems that allow them to “weather” tremors, not only by letting buildings shake back and forth but also by causing them to rotate along with the movement of the earth.

But the simple concrete structures of Haitian cities crumbled under this pressure.

“Closeness to the surface is one of the most serious factors contributing to the severity of a shake caused by an earthquake of any magnitude,” Dr David Rothery, a planetary scientist at the Open University in the UK, told the BBC.

“Also, the shake tends to be greater if you are closer to the source.. In that case (the 2010 earthquake), the epicenter was only 15 kilometers from the center of the capital and that is why it was so destroyed. “

Then a series of strong aftershocks – more than 10, more than 5.0 in magnitude – completed the devastation.

But, despite the fact that Haiti is in a high-risk zone for earthquakes, the last major earthquake before the 2010 catastrophe had been 150 years ago.

The north coast of the country is located at the limit of the great tectonic plates of the Caribbean and North America where vast blocks of the earth’s surface move rubbing against each other in a horizontal movement.

The Caribbean plate is believed to be moving eastward at the rate of about 2 centimeters each year.

And as experts point out, prior to 2010, a landslide had long been expected to occur on the Enriquillo fault.

“It had held firm for the last 250 years,” Dr Roger Busson of the British Geological Research Service told the BBC of the 2010 earthquake.

“All that time it was storing pressure as the plates slide past each other, and it was really only a matter of time for this release of energy to occur.”

“The question we asked ourselves was whether it was going to be released all at once or in a series of small tremors. The answer is that it was all at once.”

Reports suggest that in the latter event the surface along the fault was, in some portions, separated by as much as a meter or more.

And also the one that happened this Saturday.

“As in the 2010 event, the mechanism that produces this earthquake indicates an oblique thrust fault along the Enriquillo-Plantain Garden fault zone,” can be read on the USGS page.