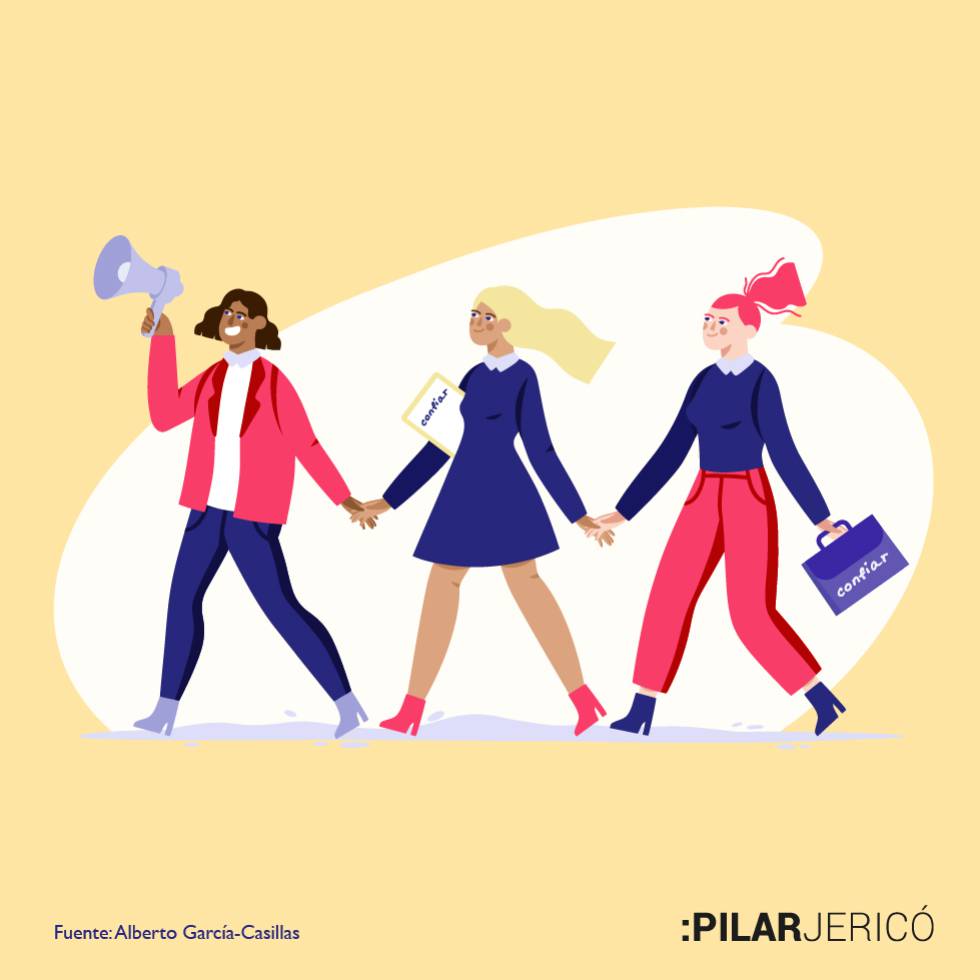 “This new doctor who has been recommended to us shows that he knows. How calm it has left me! We are going to do what he tells us ”, you say to your partner when you leave the consultation. You leave your phone in the hands of a computer scientist: “I have not understood anything you have said about what can happen to your mobile. Signal that you know. I’ll leave it to him and you’ll see how he returns it to me fixed ”. Two everyday situations in which we place all our trust in strangers. To the point of leaving something as important as our health or our most precious device in their hands.

How is it possible that someone we have just met can arouse such credibility? The reason must be found in our own history as a herd animal, grouped into tribes. Technology may have evolved over thousands of years, from caves to the present, but social structures, ways of relating and primitive thoughts are still present in our minds, according to the French anthropologist Claude Lévi-Strauss.

In the previous cases we have gone to see the shaman of the tribe. To the MAGE. We convince ourselves that we are facing a difficulty for which we do not have the resources. That we lack a knowledge beyond what we have in order to continue advancing with our individual history. That is why we turn to a person who, for us, has an arcane, strange, alien knowledge. That magician is going to give us the recipe, the solution to continue with our life.

The key to the trust that generates us unconsciously is symbolizing the magician archetype. That is why there are doctors, consultants or computer scientists that we trust more and others that we trust less. If you embody in your way of communicating and in your way of relating to us that primal archetype that is in our tribal subconscious, we will give you all the credibility. But there are not only magicians. There are messengers, heroes, trileros, guardians, mothers …

The archetypes were intuited and formulated by the Swiss psychiatrist Carl Jung in the middle of the last century, but it was the American anthropologist Joseph Campbell, in his study of mythology and comparative religions, who crystallized Jung’s archetypes into characters that were repeated in all cultures and religions. Described them in his book Hero’s journey.

Reproducing those patterns clearly in the same situation and before the same audience allows that audience to grant us all the qualities of our archetype, that these primitive thought patterns are activated. That is why we trust what the doctor-magician or the computer-magician tells us, even if we do not understand a single word. At the moment in which it is communicating with us, our primitive unconscious meets the shaman of the tribe and, through him, with an arcane knowledge that escapes our understanding, but whose application, we know, will fix that. it’s wrong.

Communication based on archetypes, communicating as our archetype, is also learned, as I have been able to verify since 2005. It is a process of liberation and development of talent that consists of bringing those patterns to consciousness and discovering them. Recognize the situations in which we demand each of them and learn to embody them. Identify which or which are the archetypes from which each person can better communicate and convince their audience.