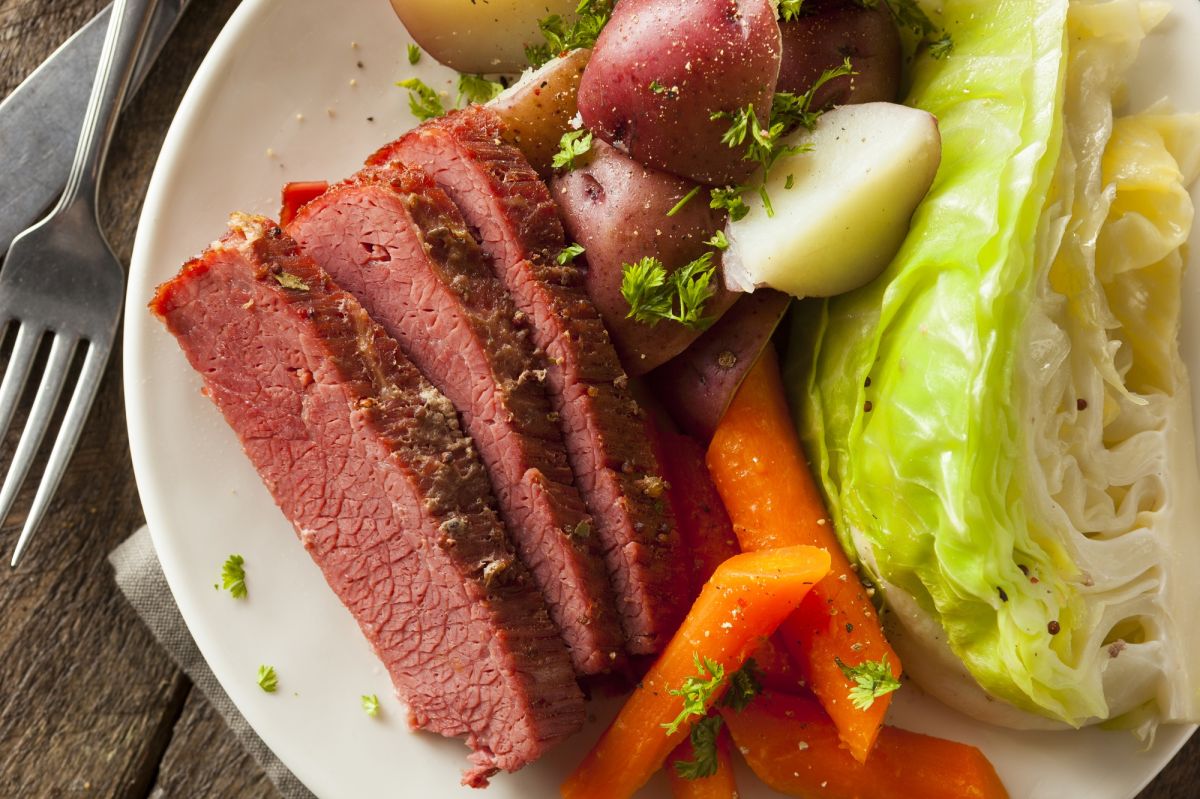 Corned beef and coleslaw is the quintessential St. Patrick’s Day feast meal. This celebration of March 17 in which everything is dyed green and in addition to beer, a preparation with meat is enjoyed that is an example of the Americanization of the Irish holiday.

Corned beef is a cut of beef, which is cured with large grains of salt, hence its name. It’s about a Irish, Jewish and American fusion dish which became associated with Irish culture and became popular in New York City and became the popular dish to celebrate St. Patrick’s Day in the United States.

Irish migrants to the United States made salted beef one of their traditional dishes adapting to what they could find and pay for. In Ireland beef was preserved with salt, but this meat was not consumed by the majority of the Irish; it was considered a luxury.

Irish were deprived of beef

Beef was not often eaten in ancient Ireland because the cow was considered a symbol of wealth in the Gaelic religion. This meat was often reserved for royalty. Later, with the conquest of Ireland by England, beef became popular as a food product.

In the 17th century Ireland had a large corned beef industry. With a high number of livestock and high quality of salt, the irish corned beef was the best on the market, as explained by the Smithsonian Magazine.

Most of the beef that was preserved with salt in Ireland was exported to England and was expensive for the average Irishman. The term “corned beef” invented by the British describes the size of the salt crystals used to cure the meat, the size of the corn kernels.

Pork was the most consumed in Ireland

Although Ireland produced corned beef, the price was so high that the Irish could not afford to buy it. In addition, oppressive laws began against the native Irish Catholic population.

The Irish had to settle for pork (which they also preserved with salt) and potatoes, the main source of food for the majority of the population.

Mental Floss points out that when Irish immigrants arrived in the United States and settled in New York City in the early 1800s, they found that contrary to where they came from, salted beef was cheaper than beef. pork.

In the United States, Irish migrants were earning more money than they did in Ireland and now they could pay for the beef they found from Jewish butchers in their neighborhoods. Kosher salt preserved meat became a perfect corned meat alternative, which his great-grandparents were famous for.

The Irish wanted to survive the Great Famine in Ireland It began in the 1840s, after the potato blight in his country destroyed the main source of food for most of the population and they starved to death.