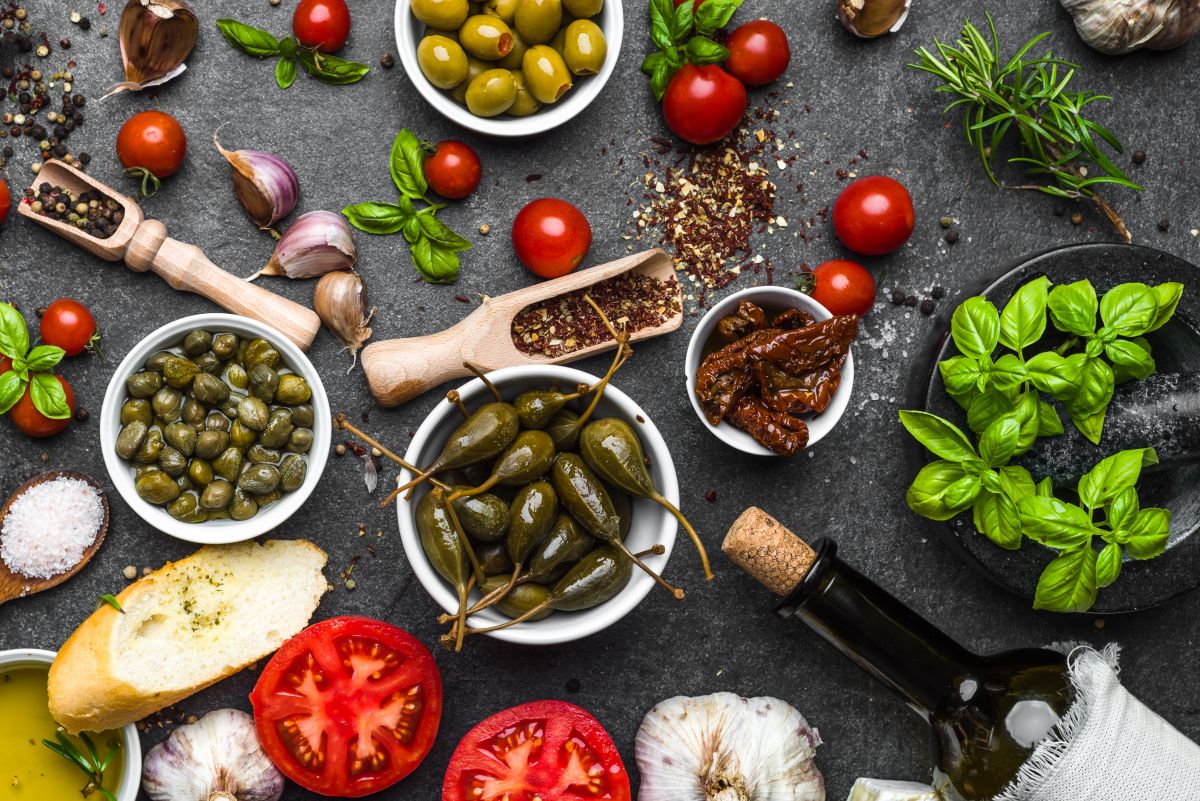 The Mediterranean lifestyle goes beyond fashion, it is the inspiration to live healthier, more sustainably and enjoy a healthy weight. Based on this, it is nothing new to say that there are numerous scientific references on the medicinal benefits of following a Mediterranean diet. Recently new evidence has been added to its list of benefits: eating a Mediterranean diet rich in fatty fish, vegetables and olive oil can protect the brain from accumulation and protein shrinkage that can lead to Alzheimer’s disease.

This new study was published on May 5 in the online edition of Neurology. And it was based on analyzing in a very specific way certain abnormal proteins found in the brain of people with Alzheimer’s disease. The first group to study were amyloid proteins which is plaque-forming and the second was the tangle-forming tau proteins. It came to the attention of the researchers that this type of protein can also be found in the brain of older people with normal cognition.

It is well known that the Mediterranean diet has been named for the fourth consecutive year as the best trend for gaining health and losing weight. Based on this, it is nothing new to say that it is an eating style that includes a high contribution of vegetables, legumes, fruits, cereals, fish and monounsaturated fatty acids such as olive oil. It also promotes a low intake of saturated fatty acids, dairy and meats.

The study suggests that eating a diet high in unsaturated fats, with abundant consumption of fish, fruits and vegetables, low in dairy and red meat; it is actually the perfect nutritional scheme to protect the brain from the accumulation of these proteins, which are often related to pmemory loss and dementia According to the study author Tommaso Ballarini, doctor of the German Center for Neurodegenerative Diseases in Bonn, Germany: “These results add to the body of evidence showing that what we eat can influence memory skills later in life.”

For more details: The study examined 512 people of which 169 participants were cognitively normal, while 343 were identified as patients at increased risk of developing Alzheimer’s disease. As part of the study, the researchers looked at how closely people followed the Mediterranean diet, all based on their responses to a questionnaire about their eating habits during the previous month.

The findings were surprising: people who often ate healthy foods typical of the Mediterranean diet, such as fish, vegetables and fruits, and only occasionally ate foods not typical of the Mediterranean diet, such as red meat, got the highest scores, with a maximum score of nine. Cognitive skills were assessed with an extensive set of tests that determine the progression of Alzheimer’s disease and analyzed five different functions, among which language, memory and executive function stood out.

As part of the process, all participants underwent brain scans to determine your brain volume. In addition, the cerebrospinal fluid of 226 participants was analyzed for amyloid and tau protein biomarkers. Also as an important part of the study, the researchers looked at the relationship between people who followed the Mediterranean diet and brain volume, tau and amyloid biomarkers, and cognitive abilities.

As part of their findings, the researchers adjusted for factors such as age, gender, and education, and found that in the area of ​​the brain that is most closely related to Alzheimer’s disease: each lowest point people scored on the Mediterranean diet scale was equal to almost a year of brain aging. They also observed amyloid and tau in the fluid cerebrospinal fluid of the participants and it was found that those who did not follow the diet closely had higher levels of biomarkers of amyloid and tau pathology, than those who integrated the diet as part of their daily habits.

Another interesting fact is the information that was obtained as a result of memory tests: people who did not follow the Mediterranean diet, obtained worse scores than those who did. While the field of research remains broad, the study showed that following a Mediterranean diet protects the brain from protein build-up and loss of brain function. Therefore, people who follow this eating style can significantly reduce the risk of developing Alzheimer.

Undoubtedly, these types of revelations prove to us the power of food and how it influences our state of physical, emotional and mental health. Therefore, a good preventive action against Alzheimer’s and dementia is to bet on integrating the foods proposed by the Mediterranean lifestyle into the diet. At the same time, it is just as important to do daily physical activity, get a good rest and have good stress management. Finally, they are measures that will make a noticeable difference in the development of chronic diseases, and they also improve quality and life expectancy.