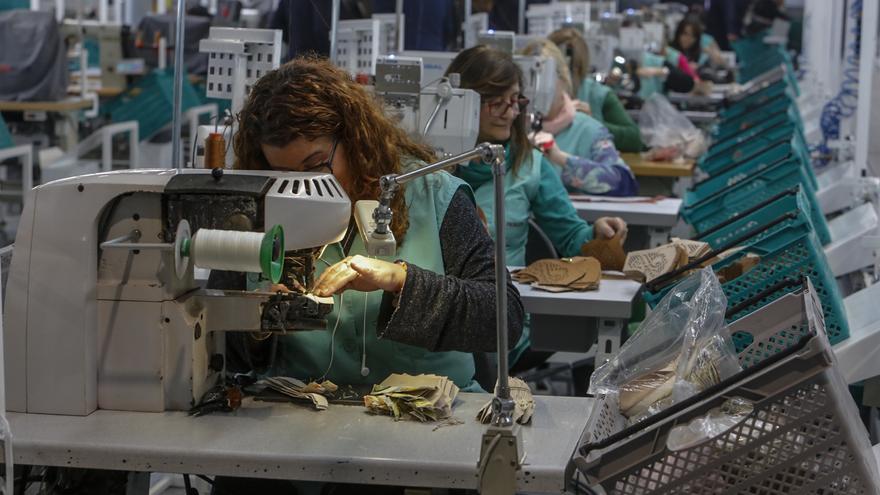 In a depressed country like ours, where companies struggle to stay afloat in very difficult circumstances, footwear has suffered greatly in the last twelve months because the contraction of the economy has meant that consumers have focused their purchases on the most necessary: ​​food, with a drop in sales of other products and services where the booming shoe industry from Elche. That footwear has been greatly affected by this situation was not something that could be ignored by the Government, mainly because there are the export data, and that they have left a sector that has been injured for a long time shivering. While Vox has presented a motion that will be debated in the next plenary session, in which a rejection of the royal decree of last day 12 is requested, the PP has charged against the Government of President Pedro Sánchez and the PSOE, which has the most difficult position , has published a note in which it supports the inclusion of the sector in aid to the pandemic.

A shoe company from Elche, in an image from before the pandemic Antonio AMoros

In any case, the subject will be debated in the next plenary session at the proposal of the training that Rodil and Alberdi represent in Elche, and in which the following reasons are used, among other reasons: “The footwear sector employs more than 37,000 people , having lost more than 19,000 jobs due to this pandemic, being an industry that creates around 50% of female employment. This industry has been the main engine of the Elche economy for years, repeatedly hit by the different economic crises It is worth mentioning that our community is not the only one affected, since the exclusion of these aids affects others, such as Aragon, Andalusia, La Rioja, the Balearic Islands, Murcia and Castilla la Mancha Footwear leads the fall of the industrial sectors with the 28.2% of the industrial production index (IPI) in 2020 and its exports fell to the levels of 2013, with a fall of 15.7%. It is important to note that this sector responded positively to the request n of our City Council to reconvert its activity to the manufacture of sanitary protection material (gowns, masks, Epis, sanitary footwear, etc.), when the shortage of said material at the local and national level, was more than evident. In our municipality, the footwear industry was committed from the beginning with this help, and more than 20 companies dedicated all their resources to this end altruistically, This fact is recognized by all the people of Elche“.

For Vox, this effort of the sector has not been recognized precisely with the Government’s decision not to help companies in a sector that has always been strategic for the province of Alicante, therefore they will propose to the plenary session that “the municipal government be urged to adopt the agreements, measures, formulas and actions necessary to compensate this sector as long as they do not receive state aid; That the Corporation in Plenary shows its rejection that the Royal Decree has forgotten this essential sector; That all the Municipal Corporation join our efforts to ensure that the National Government rectify its decision, and include the footwear sector in European aid.

For his part, the Popular Party spokesman and senator, Pablo Ruz, went to a factory to record a video in which he explained the position of his party after the government’s decision. “The work gives opportunities to many people and the PSOE has left the entire sector out of aid. It has done so with the complicity and silence of Mr. González and Mr. Soler. This is a shame,” while announcing another A motion similar to the Vox, which was the first party to mobilize on this issue.

For his part, the mayor of Elche, Carlos González, who obviously does not criticize the government’s decision because it is his party’s, assures in a note that “The City Council of Elche supports the inclusion of the footwear sector in the Government aid plan “, something that the councilor has transferred the president of the Federation of Footwear Industries (FICE), Marian Cano.

The head of the local government team is going to propose to the Minister of Industry that she reconsider the initial approach and that the footwear sector benefit from the project of financial support for SMEs and the self-employed. “This morning I have had a telephone conversation with Marian Cano in order to express the support of the City Council of Elche for her request that footwear be included in the Government’s support plan for business solvency, within the initiative which represents an injection of 11,000 million euros to SMEs and the self-employed ”, indicated Carlos González.

Carlos González also specifies that “for the city of Elche, footwear is an essential sector and we understand that its claim is fair and legitimate” and claims the same rights as the clothing sector.