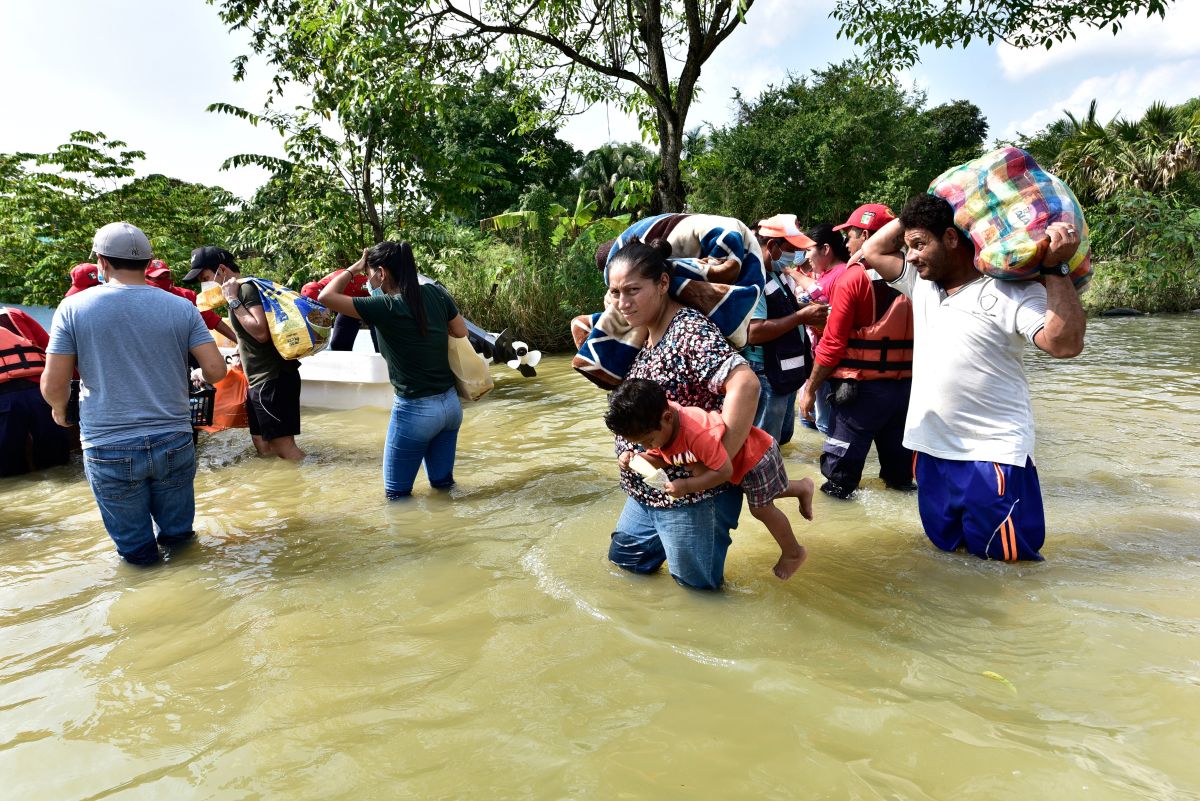 MIAMI, Florida – The formation of the subtropical storm Theta it raised to 29 the number of storms and hurricanes in the current and very active season in the Atlantic and incidentally broke the record reached in 2005, when a total of 28 named cyclones were recorded.

As reported on Tuesday by National Hurricane Center (NHC), Theta, which formed Monday night in the middle of the Atlantic, has maximum sustained winds of 50 miles per hour (85 km / h) and is located about 960 miles (1,545 km) southwest of the Portuguese Azores islands.

It was precisely near the Azores archipelago where a subtropical storm formed in October 2005, as later identified by the NHC, and that it was the 28th of that fateful season, remembered by the destructive category 5 hurricane Katrina and which caused death and extensive material damage, especially in the city of New Orleans (Louisiana, USA) but also other areas of the Gulf of Mexico.

The subtropical storm Theta has broken the predictions of the government National Oceanic and Atmospheric Administration (NOAA) for the current season, on which it warned that it would already be more cyclonic activity and with up to 17 storms with denomination, as reported in August after a review of its predictions before the start of the season.

In addition to the formation of 29 named cyclones, this season, which will officially conclude on November 30, has marked other milestones such as the impact of five cyclones in the state of Louisiana, the last of them Zeta, which reached its shores. at the end of October.

Theta, which moves eastward at about 12 miles per hour (19 km / h), poses no risk to populated areas and has not merited the issuance of advisories or warnings, according to the NHC.

ETA STRENGTHENS IN WATERS OF THE CARIBBEAN

Tropical storm Eta, meanwhile, has intensified in recent hours and, according to the NHC, presents maximum sustained winds of 60 miles per hour (100 km / h) while moving over the southwestern Gulf of Mexico.

The cyclone, which caused death and destruction in Central America, still poses a risk of flooding in western Cuba, the island that it crossed last Sunday, and southern Florida, where between Sunday and Monday it left streets flooded and led to the closure of shops and schools, the NHC warned .

Several Cuban provinces are still under “tropical storm watch” because of Eta, whose tropical storm-force winds extend up to 60 miles (95 km) from the center of the cyclone.

Almost stationary, Eta is moving at 5 miles per hour (7 km / h) towards the south, although it is expected that tonight it will turn towards the north and maintain it until Thursday, a period in which it is also expected to strengthen if well as of Thursday it will begin to weaken.

On Sunday night, Eta made landfall on Lower Matecumbe Key Florida, with maximum sustained winds of 65 miles per hour (104 km / h), according to the NHC.

With 20 days to go until the current season, which began on June 1, officially ends, NHC meteorologists are monitoring a “tropical wave” in the eastern Caribbean Sea, which could lead to a depression by the weekend tropical.