China will unseat the United States as the world’s largest economy in 2028, five years earlier than previously envisioned by the Center for Business and Economic Research (CEBR).

According to the British think tank, the “skillful” handling of the covid-19 pandemic will increase its growth rate compared to the US and Europe in the coming years.

In this new scenario, India would become the third largest economy in the world in 2030, the place that Japan currently occupies.

Although China was the first country affected by the virus, economists say it controlled the disease through swift and extremely strict action, a strategy that allowed it to avoid the repetition of economically crippling lockdowns as has occurred in other parts of the world.

As a result, it is the only major economy that avoided a recession in 2020 And, according to experts’ estimates, it would achieve an average annual growth of 5.7% between 2021 and 2025.

In the case of the United States, they estimate that it is likely to register a strong rebound after the pandemic in 2021, although subsequently its growth would decline at a rate of 1.9% per year between 2022 and 2024.

Although the economic damage in that country has been mitigated by monetary policy and a huge fiscal stimulus, political disagreements over the amount of aid that citizens will receive in a new stimulus package could leave some 14 million Americans without the basic help they were waiting for.

A transformation of balance

According to CEBR forecasts, by 2035 a transformation will have been consolidated in the balance of the world economy, with the rise of other emerging economies such as Indonesia, Brazil and Russia.

On the other hand, Germany will lose the fourth position it currently occupies at the end of the decade and from 2030 it will be the fifth world economy. 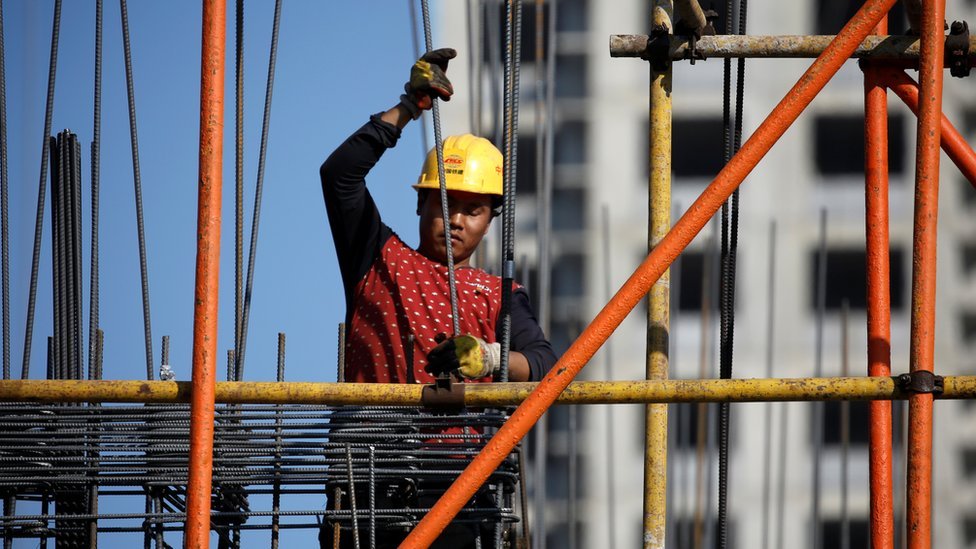 “For some time a dominant theme in the world economy has been the economic struggle and diplomatic influence between the United States and China,” the CEBR report notes.

“The covid-19 pandemic and its economic consequences have certainly tilted this rivalry in favor of China“.

In fact, estimates suggest that in 2023 the Asian giant would become a “high-income” country.

According to CEBR Vice President Douglas McWilliams, the Chinese economy is not only benefiting from the control of the pandemic, but also from the application of aggressive policies concentrated in some industries, such as the advanced manufacturing.

“They seem to be trying to have centralized control at one level, but a fairly free market economy in other areas,” he tells the BBC.

“And it’s the free market part that helps them move forward, especially in areas like technology.”

But even though China will become the world’s largest economy, he adds, the average citizen will remain much poorer than the average American, given that the Asian country’s population is four times larger.