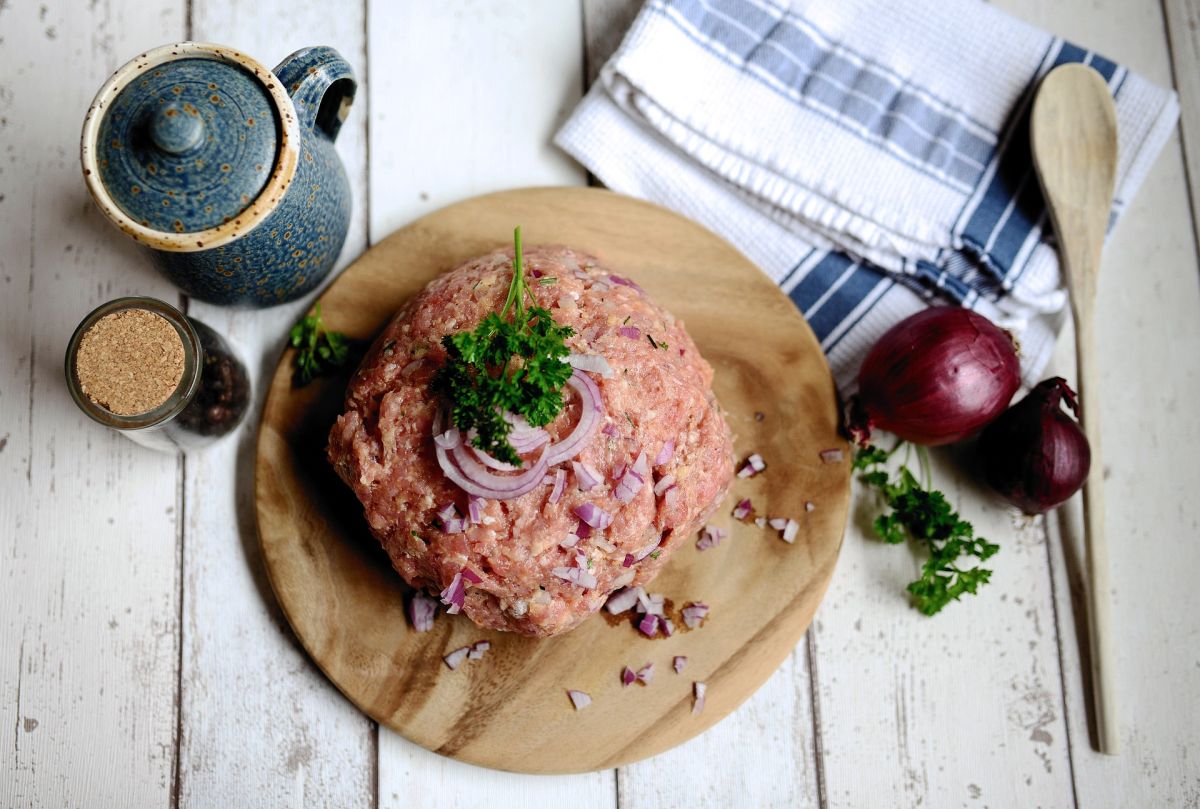 The ground or minced meat It is one of the most consumed animal proteins in the world. It is one of the most practical and popular presentations of meat, normally the most common are usually beef and pork. And it results in very accessible, generous and versatile dishes. However in aesthetic matters, ground beef may not be as pleasing to the eye. When raw, it is soft and mottled, although most of the time when cooked, its characteristic pink and smooth consistency is transformed. in a gray knotty material.

Although there are several techniques that are very helpful in mitigating it, such as allowing the meat to brown well, it is usually not achieved decrease moisture loss that you usually see when cooking ground beef. We have all experienced an annoying excess liquid when cooking ground beef, which in a way can make it turn watery and with little texture. The trick to make minced meat perfectly crispy and of a good tone is the famous “sodium bicarbonate”. Adding it to any ground beef preparation helps keep it tender and speeds up the browning process at the same time.

The truth is that this is not a new trick or a recent discoveryHowever, not everyone knows about it and in fact after putting it into practice you are likely to wonder how you missed it all these years. This cooking tip went viral thanks to an Instagram account called America’s Test Kitchen, in which a graph was published comparing two pots of ground beef; one cooked without baking soda and one with baking soda. The content of the post mentions about the challenge that can be to brown ground meat well, As it expels the juices more quickly than the pieces of meat, and most of that moisture must evaporate before it browns. Normally for limit the amount of fluid, the usual solution is to brown in batches, however mixing the meat with baking soda before cooking is what helps the most to retain moisture.

How to do it? In a pound of ground beef you should sprinkle about a third of a teaspoon of baking soda over the meat, mix well so that the powder is incorporated throughout the meat and allow it to sit for 15-20 minutes. Afterwards, cook the meat in the usual way in a skillet over medium-high heat, it seems as if by magic the meat acquires a golden attraction and the remaining liquid is zero. As well the meat will be much more tender and it is easier to digest, as if it were less rubbery.

Also Read  'It's each for himself': Texans challenge the end of the masks mandate | Texas

Why does this method work? Sodium bicarbonate has the power to raise the pH of the meat, preventing proteins from binding excessively (and therefore squeezing out the water); This keeps everything nice and cuddly, and prevents that typical annoying excess fluid from forming. While it is true that the drier the pan, the faster the food will brown, there is a theory that the alkaline environments are also much more favorable for Maillard reaction.

It’s about a very complex set of chemical reactions what happens between amino acids and reducing sugars, which is the process responsible for giving food its golden color, appearance and flavor. In fact, it is also very common to add baking soda to cuts of meat, in terms of proportion it is recommended 1/4 teaspoon for every 12 ounces of ground beef and a whole teaspoon for every 12 ounces of sliced ​​meat. Mixing the baking soda with a tablespoon or two of water can help distribute it evenly (especially when it comes to sliced ​​meat), however the method of sprinkling the product on the ground meat works great. Surely this simple cooking tip will make a big difference in your next culinary creations with meat, do not hesitate to carry it out The results will surprise you!