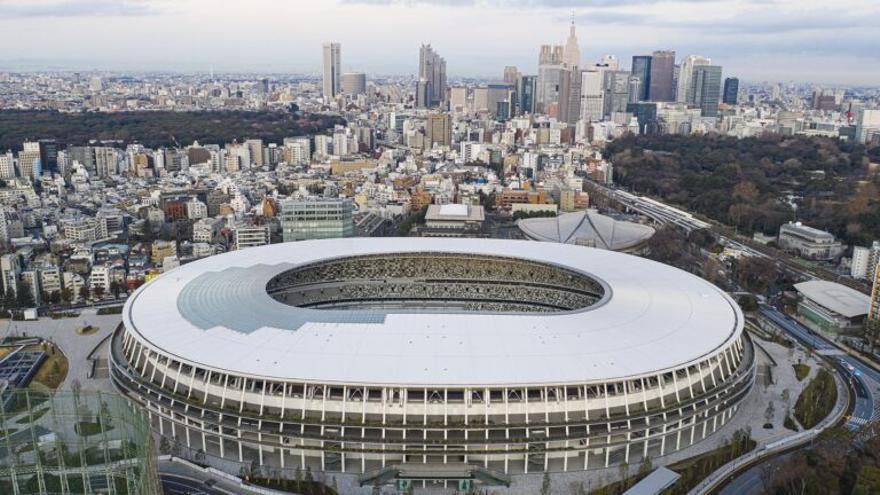 It is just over a month before the Olympic flame is lit in the city of Tokyo. After a year of delay, waiting for the long-awaited arrival of the Olympic and Paralympic Games to Japan, preparations are coming to an end.

Everything is going, in the sporting and organizational aspect of the event, but voices are beginning to emerge about the convenience or not of the dispute, now, of an event as massive as the Olympic and Paralympic Games.

It may interest you: Sport helps prevent and treat 26 chronic diseases

And, although the coronavirus pandemic has been remitting in an orderly manner for a few weeks in many of the contending countries, there are another series of outbreaks that are still active and that call into question the security of the event.

It is before this pandemic situation to which public health experts speak out.

More than 200 countries will be involved between the July 23 and August 8 this year at the Tokyo Olympics; The Paralympic event will be held between August 24 and September 5.

According to experts, we face several far-reaching risks if they are finally carried out.

The nearly 100,000 Olympians who will travel to Such and they will then return to their cities and countries of origin, “they can lead to an enormous transmission”, now avoidable, as well as “an increase in the possibilities of ending developing a new variant with much greater transmissibility and danger ”than those seen to date.

Faced with this situation, public health experts from the scientific journal The Lancet They write that “the risks of the Games and the way they are managed need extensive scrutiny and approval. There needs to be a global conversation about the Games ”.

They invite the parties, Olympic Committee and World Health Organization to debate about it and tell the world about the risks and benefits of holding the Tokyo 2020 Olympic and Paralympic Games since, according to The Lancet, “The final decision concerns us and affects us all.”

For the Olympic Games the mobilization of human resources is enormous.

There are more than 15,000 athletes and 80,000 officials, journalists and support personnel who will be in Tokyo in that bubble from July 23 to August 8.

Before the arrival of the Games, the organization has prepared an exhaustive protocol to limit the risk of contagion as much as possible.

As for the figures of the pandemic in Japan, when the decision was made to delay the Games last summer, the country had 865 active cases; Only yesterday 1,947 new cases were reported, 380 of them in Tokyo, and 68 deaths, 8 of them in the city organizing the next Olympics.

There is less than 12% of the vaccinated population in Japan. The lowest rate among all the countries of the Organization for Economic Cooperation and Development.

The country is in full decline of its fourth wave, the first two of low intensity, having reached the maximum number of daily cases (7,521) on May 12.

The role of Japan

The host country of the event does not have a clear opinion on the celebration of these Olympic and Paralympic Games.

If Prime Minister Yoshihide Suga and the organizers have assured the world that they can organize “safe and secure” Games, the government’s medical adviser, Shigeru Omi insists that “it is not normal to hold the Olympics in a situation like this.”

The Tokyo Medical Association, which represents some 6,000 primary care physicians, addressed by letter to Prime Minister Yoshihide Suga to ask you to stop the Games.

Among their arguments are, mainly, the figures of the pandemic. They say that Tokyo hospitals “are busy and have almost no spare capacity.”

The city of Tokyo is under the Japanese State of Alarm, forcing the closure of non-essential venues before 8:00 p.m. and the Olympic atmosphere is not that of other editions.

It may interest you: Could the West Nile virus become a new threat?

The Brazil Olympics Five years ago, those held in 2016, already experienced a health emergency situation on account of the virus del Zika.

The WHO and the country’s authorities formed a working group under which an action and action plan was developed to guarantee zero risk of contagion or approach the minimum possible.

That experience was a success and it is expected that in Tokyo 2020 it can be repeated.