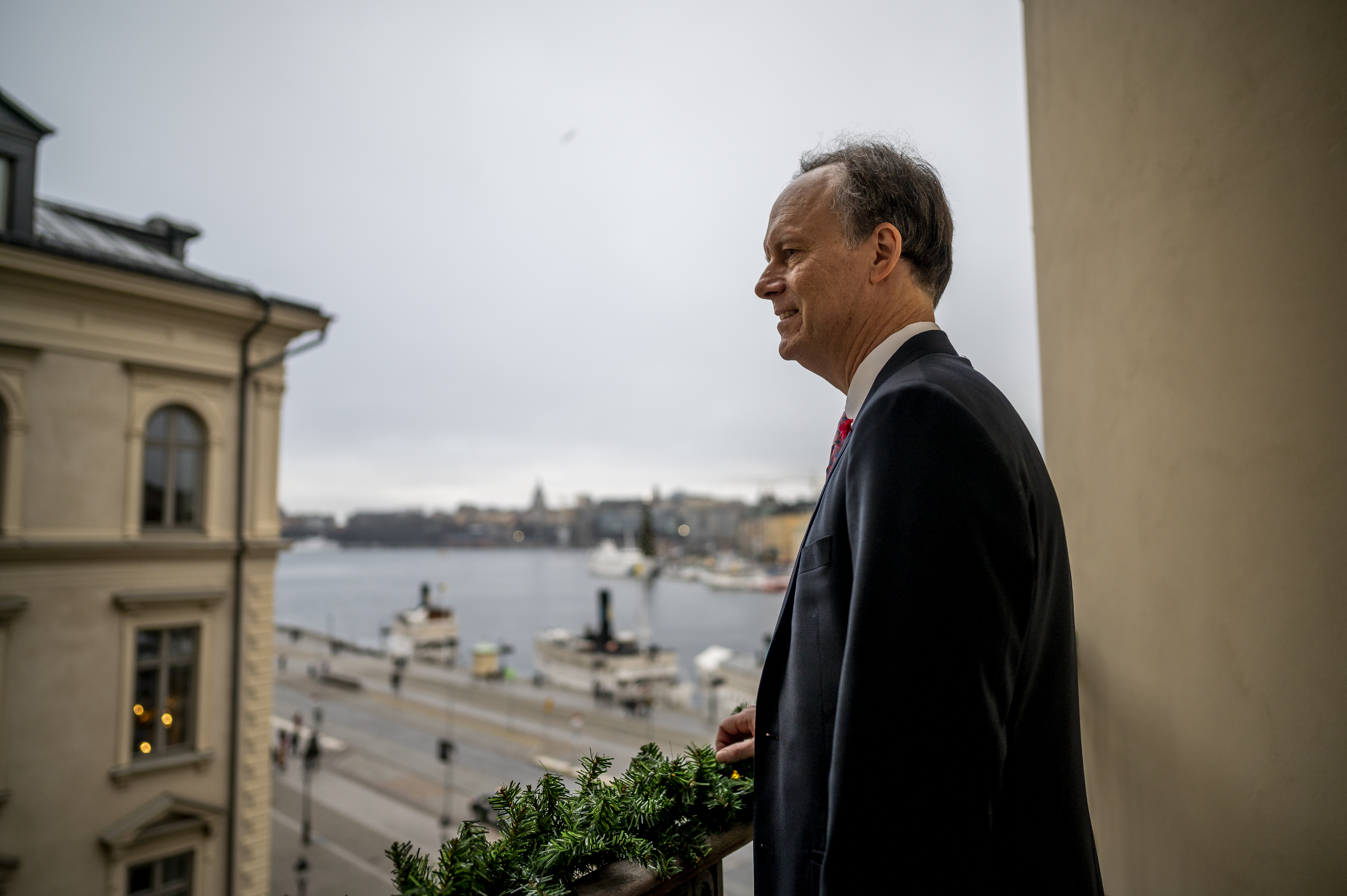 The doctor William Kaelin He did not want to win the Nobel Prize in Medicine. His wife, the renowned oncologist Carolyn Scerbo, had predicted that he would end up being awarded. Together they had fun thinking about how the Swedish prize would transform their lives, which turns its winners into demigods in the collective imagination. In 2015, she died of deadly brain cancer at the age of 54. Kaelin, without her “best friend, soul mate and life partner,” wished year after year that she didn’t get the call from Stockholm. He no longer wanted to win it, but he was in all the pools. The doctor, a 63-year-old New Yorker, had helped discover the mechanism by which cells detect available oxygen and adapt to it, a finding that has opened the door to new treatments against their great enemy, cancer, and also against anemia. On October 7, 2019, his phone rang in the middle of the night. He had just won the Nobel Prize in Medicine.

Kaelin, from Harvard Medical School, answers EL PAÍS questions from her home in Boston, before participating by videoconference in a meeting with young scientists at the Barcelona Institute for Global Health, within the Nobel Prize Inspiration Initiative, supported by the AstraZeneca Foundation. “I hope we discover something in the next 10 years that will completely change the fight against cancer,” says Kaelin. He is on the front line to achieve it.

Question. One of your professors at the university told you that you had no future in science.

Answer. Yes, he has already passed away. I was in the wrong lab, with the wrong professor, and with the wrong project. But I was a boy of almost 20 years old and I believed the criticism. It was only after talking to other scientists later that I realized that maybe the problem was not me.

P. When you were young, you thought biology was “terribly boring.”

R. Yes, I am not the only one. I have read the biographies of many biologists of my generation and many of them, like me, thought that biology was very boring, because it was very descriptive, like collecting stamps. In the 1960s and 1970s you had to memorize a lot of plant and animal names, but we lacked tools to carry out explanatory experiments. When you’re in high school, the most important thing you can learn is to think clearly, logically, and rigorously. If you learn it by studying biology, wonderful, but you can also do it in other disciplines. You can reinvent yourself several times along the way, but you have to learn to think.

You can reinvent yourself several times along the way, but you have to learn to think

P. You were born in 1957, the year the Soviet Sputnik satellite was launched, and you went to the parades welcoming American astronauts who landed on the Moon in 1969. Do you think today’s children have enough science heroes?

R. When Barack Obama was president, he said we needed another Sputnik moment. And I knew exactly what he meant: that moment when people’s imaginations expand and new possibilities appear. I benefited from an interest in science and engineering in the 1960s, fueled by the space race and the Cold War. I believe that, at least in America, and I fear that in other parts of the world, politicians sometimes disrupt the workings of science and question the motivations of scientists if they do not like their conclusions. There is, for example, climate change. There are people who, for political or economic interests, question the motivations of scientists. This worries me, because it confuses young people.

P. When your wife died of brain cancer, you asked those at the funeral not to bring flowers, but to make donations for cancer research. Do you need more money?

R. Having more money and resources can only help. The more you invest in science, the more knowledge you will generate and the more you will progress in treating disease. But it is not just a question of money, the whole ecosystem matters: you have to celebrate science and have a powerful educational system. Once you meet these conditions, the more resources you have, the better. Sometimes we don’t fund science enough.

The more money you invest in science, the more you will progress in treating disease

P. Now that we have a better understanding of oxygen sensors in cells, what? What drugs can we have in the short term?

R. We already have new drugs that, when taken, trick the body into thinking that it is not getting enough oxygen and responding, for example, by forming more red blood cells. One of these drugs, roxadustat, in which I have been implicated, has recently been authorized in Europe as a treatment for anemia. We now know that cancer often hijacks the system, seizing the reins of oxygen sensors, to trick the body into supplying the tumor with blood. There are new drugs, such as so-called HIF-2 inhibitors, that show great promise in certain types of cancer. The first of these drugs was approved in august for the treatment of Von Hippel-Lindau disease, a rare condition that causes cancer, but I would be very surprised if they are not approved for other tumors as well, including kidney.

R. There was a turning point in 2000, with the publication of the first draft of the human genome. Someday we will look back and say that that was the Big Bang, because it is radically accelerating progress in the biomedical sciences. We are in a golden age. It is no coincidence that it took so long to decipher what Treacher Collins had described. We just didn’t have the tools. Now everything is going much faster.

P. What was cancer treatment like in the eighties?

R. It was based mostly on drugs that had been discovered by viewing their ability to kill or inhibit cancer cells in laboratory dishes. But there was no real knowledge of the molecular ins and outs of these tumors. We did not know which genes were altered. It was like trying to fix a television with a hammer. Now we can develop drugs that really target these molecular mechanisms, instead of relying on drugs that indiscriminately kill cancer cells and normal cells.

P. Perhaps in the near future, in 10 or 20 years, we will analyze the current stage and think that we were also fixing the television with a hammer.

R. I think things changed in 2000. At the risk of using another analogy, I think we are trying to fix a car and in 2000 we were at least able for the first time to open the hood and see the engine. That was the turning point.

P. How do you imagine the fight against cancer in 10 or 20 years?

R. There is a big difference between science and engineering. When [el presidente estadounidense John Fitzgerald] Kennedy said we were going to put a man on the moon in a decade, it was because putting a man on the moon was mostly an engineering problem. The necessary scientific principles were already known in 1960, so it could be reasonably calculated that in 10 years it would be possible. In science there is a much greater unpredictability. Suddenly, you learn something that completely changes your way of thinking and opportunities appear that you could not even imagine. I am always a bit reluctant to predict what cancer treatment will be like in a decade or two, because I would be disappointed if all my predictions are correct. I hope we discover something in the next 10 years that will completely change the fight against cancer. That being said, we need to move towards this precision medicine, rather than the old chemotherapies that were quite rudimentary. Many precision drugs are currently used as the only treatment, but we have to combine them, because we know that this is the way to cure cancer and to prevent resistance from developing. One drug can kill cancer cells, while another activates the immune system to be more effective against cancer. I can also imagine new ways to correct faulty genes involved in cancer. In 10 or 20 years we can see new approaches that now we do not even imagine.