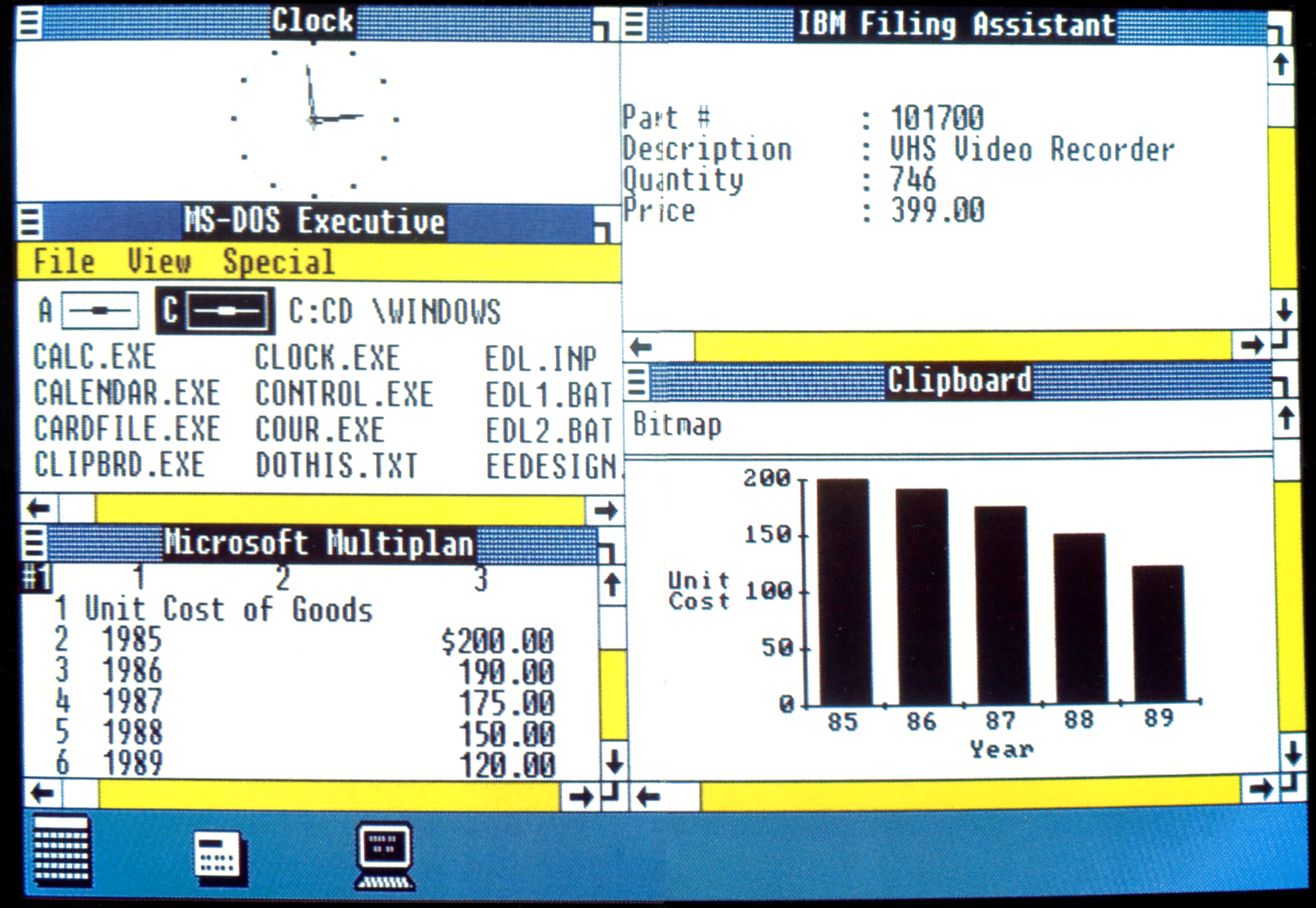 In 1995 Microsoft launched a massive marketing campaign to mark the launch of Windows 95, one of the most anticipated operating systems in history. The first TV spot featured the Rolling Stones theme Start me up in reference to the start button (start, in English). The system, launched just 25 years ago, was precisely the debut of the start menu and also the taskbar, which are still used today on millions of computers in the world with Windows 10, the latest version of Microsoft’s operating system. .

Windows 95 included tools for managing computer storage and resources. “One of its fundamental characteristics was that it allowed developers to offer software with a unified and simple user interface”, indicates José García Fanjul, secretary of the Council of Computer Engineering Colleges of Spain and dean of the Official College of Computer Engineers of the Principality of Asturias.

It was Microsoft’s first window-based operating system. But not the only existing one. Other companies already offered alternative systems: “The main competition for Windows 95 in personal computers was the Mac OS that was used in Apple computers. Likewise, the first version of Linux was presented in 1994 ”. Before Windows 95 there were Windows 3.1 or 3.11, earlier versions for a single computer or for networks.

When Microsoft released Windows 95, “it already knew itself to be enormously powerful and had already made a lot of money with previous versions of Windows.” The massive marketing campaign for its new flagship product was partly aimed at the end user, but in practice the end user “had no options”: “It was practically impossible to acquire a computer that did not come with Windows 95 pre-installed, so in In reality, the campaign targets were the manufacturers of hardware, who pre-installed the system, passed a part of the cost to the user and paid Microsoft for the license ”.

Since its launch Windows 95 has been a great success. So much so that seven million copies were sold in the first five weeks and it became the most widely used operating system on personal computers. The night before its launch in the United States, long queues formed of people who wanted to get hold of Windows 95. The environment, together with Office —also from Microsoft—, provided the user with all the tools they could need, “from a simple calculator or a hobby to a powerful word processor, spreadsheet, presentation program or browser. ” It was also the first time that Microsoft included the recycle bin.

The arrival of Windows 95, according to Dans, meant cementing the dominance that Microsoft already had in computing among users and “consolidating that environment as an absolute monopoly in the face of which there was practically no option.” According to his account, all existing programs were forced to release versions for Windows and those that did not do so in time practically disappeared.

Windows 95 also “generated a monoculture very vulnerable to the development and spread of viruses.” The need for other software manufacturers to be able to adapt to the environment made it easier for the controls that had to be managed to install or use any tool to be practically within the reach of anyone, according to Dans: “Security in Windows 95 was practically non-existent, since Until then, the incidence of computer viruses had been very low and practically limited to proofs of concept or entertainment. From there, operating systems evolved in the direction set by Apple or Linux, with controls in the hands of the user that made it difficult to install malicious programs. “

Microsoft, after several updates, put an end to Windows 95 technical support on December 31, 2001. With it, many of the rules that we now know as universal in an operating system were marked. In addition, the professor recalls that Microsoft became “one of the most valuable companies in the world and one of the most powerful before Steve Ballmer, possibly the worst manager in history, destroyed it ignoring all the trends in the industry” .

Even so, Microsoft continues to be a technology giant today and Windows, one of its flagship products. Windows 98 and Windows ME were the new bets of Bill Gates after Windows 95. Later would come other systems such as Windows Vista, Windows 7, Windows 8 and the current one, Windows 10. Most of the current operating systems are quite similar to Windows 95, according to Dans. They try to emulate a work environment, the desktop – or desktop– on which the tools to be used are displayed. “That metaphor of the workbench on which we put our tools has not changed much,” he says.

For Fanjul, the most significant changes between current operating systems and Windows 95 are related to the integration of Internet-based communication tools. Current operating systems have introduced advances especially “in the field of communication, use and enjoyment of multimedia content and storage.” “In 1995 few people would have imagined enjoying on-demand digital content or virtually unlimited storage on the web,” he adds.

And what will the operating systems of the future look like? “They will improve communication with users by using voice recognition technologies and allowing immersive virtual reality experiences in a generalized way both in the field of home and entertainment as well as at a professional and business level”, predicts Fanjul.

The metaphor of the work table will probably be abandoned, according to Dans, given that today “the work table itself is disappearing as a place to put papers and the new metaphor is the screen as such, with unlimited space.” “The new operating systems ignore the limitations of a supposed table and are deployed on different screens, even through different machines and to places like the cloud where they also manage our available resources,” he concludes.