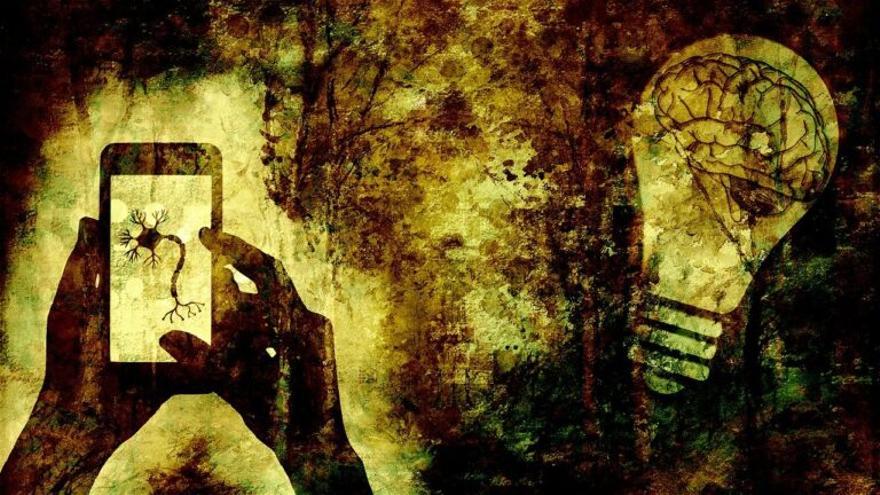 Researchers from the University of California in San Francisco, Brown University (Providence), the Department of Neurology at the Mayo Clinic in Rochester, all in the United States, as well as the University of Oxford (UK), have developed the first device that allows direct and continuous wireless recording of the entire signal from the human brain for many hours.

It is an implantable bidirectional neuronal interface for the multi-channel wireless transmission of electrical signals generated in nerve tissues and neurons when imbalances appear in brain activity.

Thanks to this device, doctors can observe in real time the brain activity of patients living with Parkinson (a progressive disease of the nervous system that affects movement) and then use that information to adjust the stimulation provided by an implanted device.

Unique look Direct recording of deep and superficial brain activity offers a unique look at the underlying causes of many brain disorders, the researchers note.

They add that, until now, technological challenges have limited direct human brain recordings to relatively short periods of time and also only in controlled clinical settings.

“This is really the first example of wireless recording of deep and shallow human brain activity over an extended period of time in the participants’ home environment,” explains one of the developers, Kari Ashmont, in a release.

“It is also the first demonstration of personalized deep brain stimulation at home,” he adds.

Significant implications The implications of this type of recording are significant: the new technology makes it possible to validate neural signatures during ordinary daily activities, even when the patient is at home.

Another advantage of recording brain activity for long periods of time is that it allows the identification of distinct changes in brain activity (biomarkers) that could predict movement disorders in individual patients.

This added benefit allows for a personalized level of deep brain stimulation treatment (Deep Brain Stimulation or DBS) that until now was impossible to achieve.

Deep Brain Stimulation consists of implanting a medical device that sends electrical impulses to specific points in the brain.

Until now, DBS has been used for diseases resistant to conventional treatments, such as chronic pain or Parkinson’s disease, because it changes brain activity in a controlled and reversible way.

Biomarker Library The new technology creates a library of biomarkers for each patient and programs each DBS unit according to their personal needs, even managing to adapt each deep stimulation unit to the needs that are recorded at different times of the day, something unusual in these treatments.

All of this can be done without the need for physical proximity between the patient and the doctor, which represents a critical advantage in times of pandemic.

The device has specific technologies for remote monitoring of patients: although they were originally designed for Parkinson’s patients, they have wider applications for other patients who also require deep cranial stimulation without leaving home.

Also Read  Editorial: Yes to the population, no to republican demagoguery

They point out, however, that the brain activity registry only covers abnormalities related to certain neurodegenerative diseases, without anyone being able to relate these neuronal signatures to patient behaviors outside of therapy.

That is why they suggest that patients can remove portable devices and turn off brain recordings every time they want to engage in intimate activity.

The experience of using this device, which in the course of this research was applied to five people over 15 months, is also being used to deepen and resolve the possible ethical dilemma that it may pose.

Combined protocols On the one hand, the participants in this experiment were invited to participate in projects of neuroethics, the science that studies the ethical, legal and social implications of neuroscience, to identify possible concerns about this technology.

On the other hand, people who chose not to participate in the project were also interviewed to find out the reserves that this technology presents.

The researchers note that the information collected in both cases will be used to develop ethical guidelines and protocols for future applications, in order to achieve an appropriate balance between science and privacy.

Also Read  Why do you eat fish in Lent?